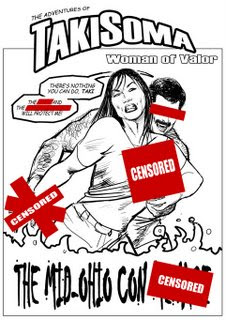 The Taki Soma situation has reared his head once more, with people questioning the suitability of Charles Brownstein to be heading up the Comic Book Legal Defence Fund. I wrote the words below back in 2006, and I feel that they're still valid now. Nothing of note happened back in 2006, but the world has changed in the fourteen years since, some for the better and some for the worse. What is a constant is that powerful men still appear to be able to get away with whatever they want to.

Perhaps now people will read this and take some action, unlike 2006.