The World vs Todd McFarlane: Available Now on Amazon 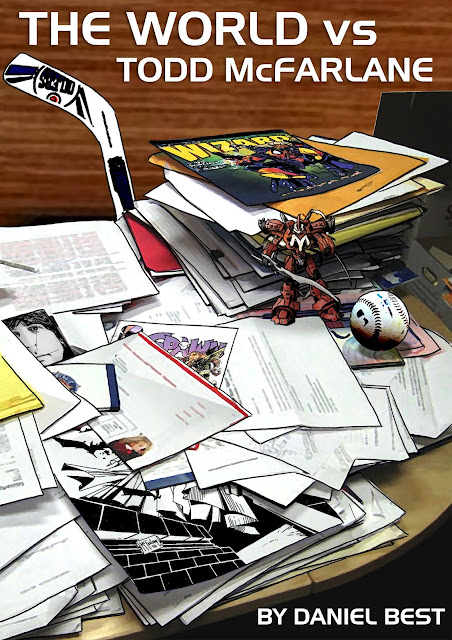 It’d be hard to find anyone interested in comic books and their history who hasn’t heard of Todd McFarlane’s legal woes, but very few outside of McFarlane’s immediate circle know just how many legal fights he was facing as the 1990s closed.

Virtually all of McFarlane’s court cases came down to three decisions, made by him alone.

The first was to name a mobster in his Spawn comic after a hockey player, Tony Twist.

The second was to hire Neil Gaiman to write a single issue of Spawn and the third came when he decided to buy all the remaining assets from Eclipse Comics at their bankruptcy sale.

The first decision led to the Tony Twist trial, last two choices lead to Neil Gaiman filing suit and, ultimately, winning a portion of the Spawn universe and the hotly sought after, by some, character Miracleman.

The Tony Twist trial was the beginning of a long, long period of uncertainty for Todd McFarlane and very nearly brought down the empire that he’d worked so hard to build. At its worst point…
Post a Comment
Location: Adelaide SA, Australia
Read more
More posts