Showing posts from April, 2019
Show All

In His Own Words: Alex Toth on Jon Fury

You'd be hard pressed to find anyone in the comic book industry who hasn't heard the name Alex Toth. He was, and still remains, one of the pure geniuses that the medium has produced, and, depending on who you speak to, one of the crabbiest creators ever seen.  Personally, my correspondence with Toth, for the Andru & Esposito book, was nothing but pleasant. We talked about Australia, where Toth lived for a period in the early 1970s, and Ross Andru. It probably helped that I didn't ask him for anything, instead I sent him a copy of Bonzer   as way of thanking him for replying , which, in an amazing piece of luck, arrived on his birthday. He was pleased with it and told me how emotional he'd gotten seeing the art and faces of the people he'd known and socialised with when he lived here. As far as I'm concerned, Toth was a cool guy. While in Sydney, in 1973, Toth kept up his correspondences with many people, including publisher Richard Kyle. Kyle was a f
Post a Comment
Location: Adelaide SA, Australia
Read more

The Creation of Superman: Jerry Siegel vs Jim Steranko 1973 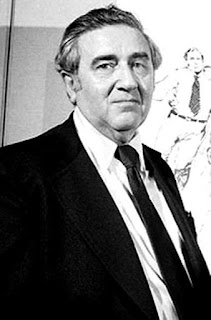 It’s a battle that could have been epic, but, instead, due to Jerry Siegel's reluctance to confront anyone, it’ll never be played out properly. All we have are Siegel's original comments and any replies that might come by from Jim Steranko. In 1970, Jim Steranko published the first volume of his “The Steranko History of Comics”. This oversized magazine formatted book was heavy on text and was designed to be the first in a series that would give the true history of the comic book industry, from the very first superhero, Superman, through to the current day. Sadly, only two volumes were ever published, maddening really as they are a hoot to read and packed with great information and interviews, done by Steranko. For years’ people have referred and recommended Steranko’s History books, and they quickly became very sought after and desired. But not everyone was happy with them. One person who was annoyed by Steranko’s telling of history was a man who featured heavily
2 comments
Location: Adelaide SA, Australia
Read more
More posts