Showing posts from February, 2019
Show All

BOHEMIAN RHAPSODY – A GOOD IDEA GONE HORRIBLY WRONG The story of Queen and Freddie Mercury is an enthralling one. It contains all the vital ingredients that filmmakers and audiences love – perseverance, grandiloquence, triumph over adversity, tragedy and, most importantly, very familiar, and very good, music. In short, there’s a crackingly good tale to be told about the life of Freddie Mercury and Queen. However Bohemian Rhapsody is not that tale. This is despite the involvement of two of the three surviving members of Queen in the form of guitarist Brian May and drummer Roger Taylor. There are two reviews to be written about the film. To the casual filmgoer, whose knowledge of Mercury and Queen extends to seeing old videos of the band, and their rightly lauded Live Aid performance, the film is excellent. The performances of the cast are solid, Rami Malek as Mercury, is worthy of awards. The film is well made and captures the live performances of Queen with a majesty that is w
3 comments
Location: Adelaide SA, Australia
Read more 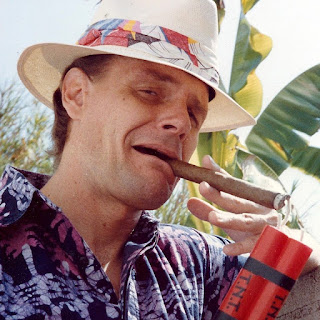 There's depositions and then there's depositions! The DuBay v King case is far more interesting for what has been said during the depositions than anything else. The last deposition I posted, that of Stephen King , was a delight for all who read it, albeit long - but I can't help with that. These are what they are, and they take as long as people want to keep talking. The deposition of  Jim Warren  was one that people seemed to miss, but, take it from me, it's well worth a read. And now we have James Stenstrum. One thing that people have noted is that, at times, Benjamin DuBay seems a bit out of his element. That's perfectly understandable really, taking a deposition is a long, arduous and tiresome process, and the fact that Ben DuBay is acting for himself, makes it even harder. That he can keep on top of most things said is a miracle in itself, and, win or lose, he will come out of this a far better educated man than he walked in. Knowledge is power
1 comment
Location: Adelaide SA, Australia
Read more
More posts