Showing posts from January, 2019
Show All

January 29, 2019
Curious to know what I've written? I never have been, but there's been a few who, of late, have been asking me for a bibliography of my published works, so here it is. Bear in mind that this doesn't include projects in the works, about to be published or stuff that I've written and just sat on for years, in one case, for over twenty years. So, knock yourself out. I'm sure I've missed a few so feel free to send me any corrections. Books Authored Australian Gothic: The Untold Story of the 1929-’31 Dracula Stage Tour "Down Under" Publisher: Wildside-Kronos (2017) Topic: Theatre-History ISBN: 978-1545326671 The Strange, Strange Story of Phillip Wearne Publisher: Blaq Books (2015) Topic: Biography ISBN: 978-1519266187 The Exploitation Of Nancy: Benoit vs. Hustler Publisher: Blaq Books (2015) Topic: Legal ISBN: 978-1512276886 The Epic ( Annotated) Life Story of Keith Chatto by Daniel Best and Keith Chatto Publisher: Blaq Books (2015) T
Post a Comment
Location: Adelaide SA, Australia
Read more 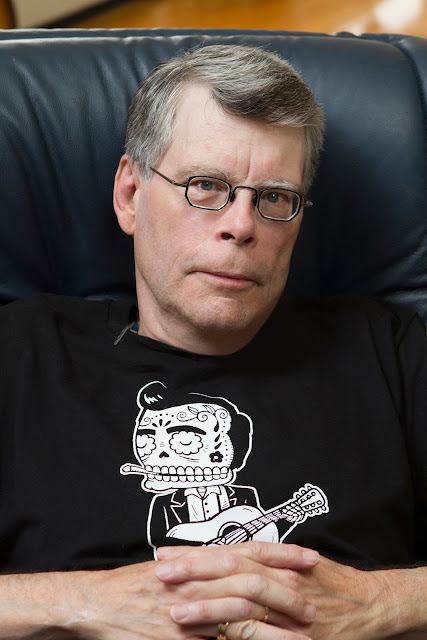 Deposition of Stephen King, April 12, 2018 Those who are regular readers of this blog (that is, when I’m putting material up for people to read) will know only too well that I love the legal stuff. I love court hearings, depositions, affidavits – hell, if it’s legal, I’ll read it, study it and then feel somewhat informed enough to comment from a place of non-ignorance. That’s my excuse, and I’m sticking to it. A few months back I posted the deposition of Jim Warren. He was desposed in the still running case brought by Ben DuBay, the nephew of Bill DuBay claiming horror author Stephen King lifted concepts and the general storyline of his Dark Tower series from DuBay’s own series, The Rook , which Bill DuBay created with Budd Lewis, in particular, DuBay’s character, Restin Dane, directly influenced King when he created his own character Roland Deschain. The Rook first appeared in March 1977. From that date the character appeared in Warren Magazines such as Vampirella
1 comment
Location: Adelaide SA, Australia
Read more
More posts