The World vs Todd McFarlane: Epilogue 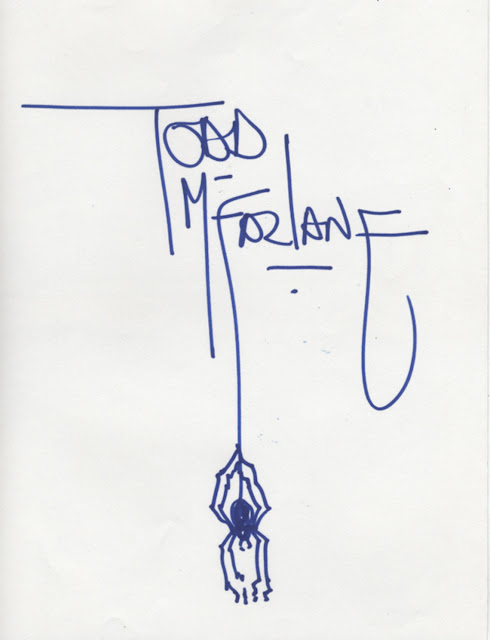 Amazingly, after all of his problems, Todd McFarlane is still going strong and is still a powerhouse in the comic book industry. Even more incredibly, he’s still publishing Spawn. Every so often he writes an issue and keeps his hand in with the artwork. And good on him. He’s made mistakes over the years, mainly due to his own hubris, and yet he’s prevailed after defeat and keeps on being, well, Todd McFarlane. He’s made, and lost, millions of dollars during his illustrious career, and he continues to move forward, announcing a new Spawn movie and setting up yet another new company, McFarlane Films, LLC (as of August, 2017). Starring Academy Award winner Jamie Foxx and Jeremy ‘Hawkeye’ Renner, the as yet untitled film will see McFarlane working as co-director, co-producer and writer, taking on a similar role that Frank Miller did with his Sin City film.
It would have been easy, and highly tempting, for McFarlane to have given up on Spawn during those …
1 comment
Location: Adelaide SA, Australia
Read more 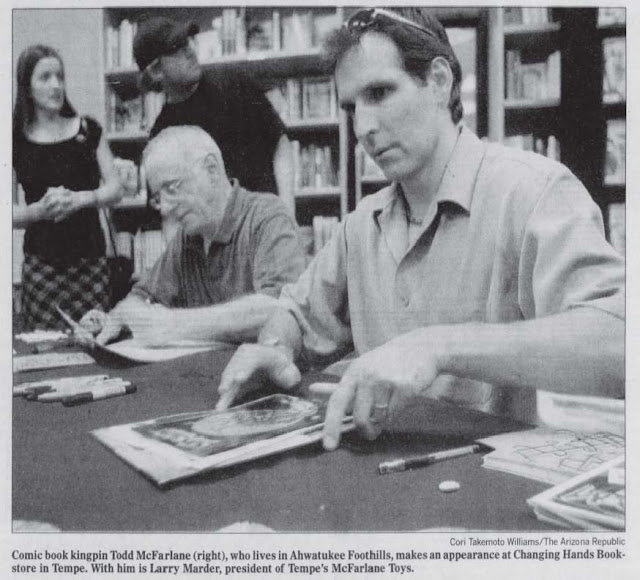 
As September 2006 came around settlements continued to happen. First up was Travelers, who offered to settle with McFarlane for a one-off payment of $615,000 for defence costs incurred in the Twist case. After monies were distributed, McFarlane was left with $285,359 sitting in an account earning interest, but untouchable for him.
Next was Tony Twist.

McFarlane’s lawyers finally settled with Tony Twist in 2007 after the Missouri Court of Appeals denied his motion for yet another rehearing. The settlement wasn’t as simple as it could have been, with Hanover, General Star and Citizens combining to pay Twist $5,000,000 as an indemnity payment. The $5,000,000 was broken down as follows:
$433,686.11 payable to Blitz, Bardgett & Deutsch, LC, representing reimbursement for its expenses incurred in the Twist Litigation, Insurance Litigation and related matters.
$333,333.40 payable to Blitz, Bardgett & Deutsch, LC, representing the differ…
Post a comment
Location: Adelaide SA, Australia
Read more

Faced with the insurance companies refusing to cover him for the full amount of any potential loss, as well as fighting a losing battle with Neil Gaiman, McFarlane placed Todd McFarlane Productions into the relative security of Chapter 11 bankruptcy in December 2004.


Unlike Chapter 7, which Eclipse Comics chose, Chapter 11 was the best, logical choice Mcfarlane could make. As Chapter 11 is for companies only it wouldn’t be seen as a shield for McFarlane, as an individual, to hide behind. Chapter 11 would allow him breathing time and also allow him to continue to publish and operate, albeit under the guise of the court. The downside was that by electing to ‘go Chapter 11’ McFarlane, his insurance companies, Twist, Gaiman and Image Comics would be tied to courts for nearly a decade to come, but that wasn’t to be known when the filings took place.
This move was able to be done due to the set-up of the McFarlane companies. In order for a Sp…
2 comments
Location: Adelaide SA, Australia
Read more
More posts