Part Five: Doe vs McFarlane, HBO, Shamus, et al, aka Tony Sues Todd Once back on writing duties, McFarlane continued with the story of Spawn, including more encounters with Antonio Twistelli. As one dimensional as the character was, Twistelli continued to pop up. He appeared in a number of Spawn comics and became somewhat popular with McFarlane’s readers. All was good with the world, that is until the real life Tony Twist saw an issue of Spawn and saw the name of the mobster described as being a ‘fat pig’ (Spawn #25).
“The Mafia don that has made life exceedingly rough for Al Simmons and his loved ones, in addition to putting out an ill-advised contract on the Violator, is named for former Quebec Nordiques hockey player Tony Twist, now a renowned enforcer (i.e. "Goon") for the St. Louis Blues of the National Hockey League.” (Wizard, April 1996)
What Twist saw angered him. According to court filings, he became aware of the existence of Spawn and of th…
1 comment
Location: Adelaide SA, Australia
Read more 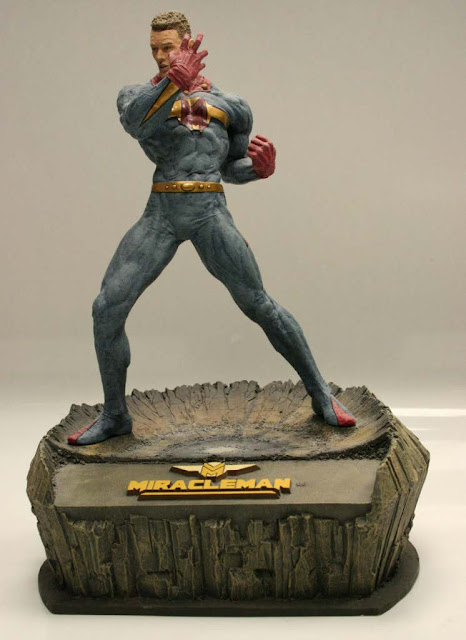 Before we get into this section, a little explanation is required. In order to fully examine what happened to Todd McFarlane in the legal case of Gaiman v McFarlane, it is necessary to examine what happened with Eclipse Comics. To this end I've done a summary of the end of Eclipse and how Miracleman came to be in the possession of McFarlane, or, more to the point, how it didn't. As you'll see, neither Eclipse or McFarlane had any legal rights to Miracleman, Eclipse didn't have it at the time of the auction, McFarlane didn't buy it, although he believed he did.
For more information on Miracleman and his history, I fully recommend that you go and buy Pádraig Ó Méalóid's brilliant book Poisoned Chalice immediately. You'll not regret it. Some of what is written here is covered in the book, but not as much as you might think.
And yes, there are some typos in these chapters presented here, but, as this is still growing, they'll be …
1 comment
Location: Adelaide SA, Australia
Read more
More posts