Showing posts from August, 2017
Show All

They Don't Make Ads Like This Anymore: Marvel UK 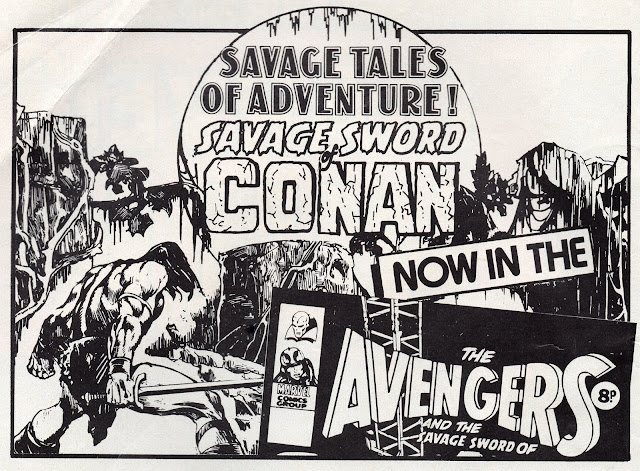 These Marvel UK house ads are great to look at.  Generally the artwork in them was commissioned specially for these ads and this was no exception.  Take a punt and see if you can guess who the artist was.
2 comments
Location: Orford TAS 7190, Australia
Read more 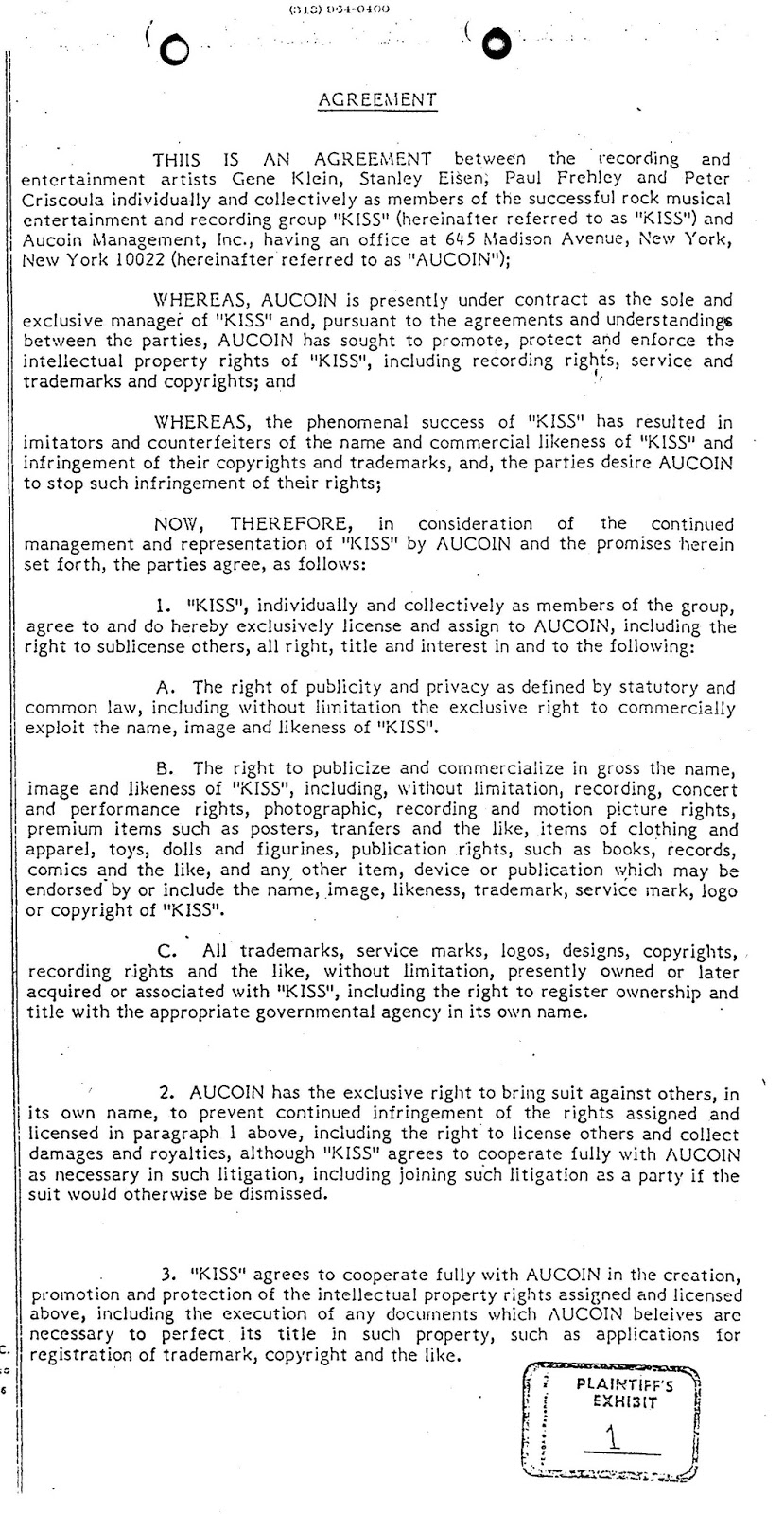 We all know that the members of Kiss never used their real names.  Gene Klein, Paul Frehley, Stanley Eisen and Peter Criscuola all adopted stage names about as real as Gene's hair is now.  They became, in order, Gene Simmons, Ace Frehley, Paul Stanley and Peter Criss.  Ok, no big deal, after all lots of people changed their names when they became successful, or just to enter music.  Just ask Harry Webb , Arnie Dorsey or Tommy Woodward .  Better yet, don't ask Arnie.  His name change doesn't make a lick of sense. However if you're like me, and hopefully you're not, then you've often wondered what the signatures of Kiss really look like.  I'm not talking about the scribbles that they've placed onto so many things over the decades, from titties through to arms, legs, wooden legs, album covers, books, magazines, comic books - you name it, they're probably signed it.  In Gene's case, he's probably asked for money to sign it.  Hell, I'm s
1 comment
Location: Melbourne VIC, Australia
Read more 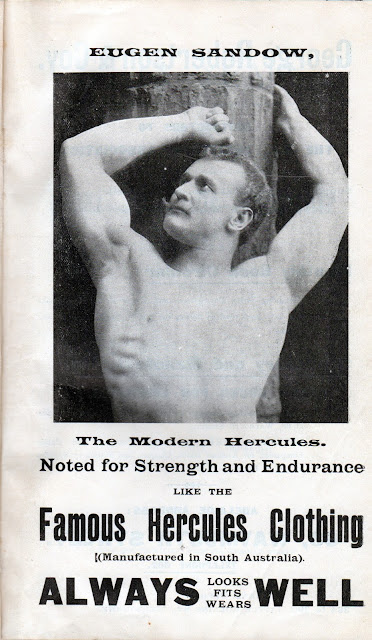 From Fifty Years of the Port Adelaide Institute , 1902 Believe it or not, this ad is actually for clothing.  There's not a stitch in sight, but the aim of the ad was to show that Famous Hercules Clothing, in 1902, was just as strong as the legendary German bodybuilder Eugen Sandow. Or perhaps not.  I mean, who knows now?  All the same, it's a great ad, from a book that is now 115 years old and still fully intact. I found this copy of the book at an op shop, of course, and was delighted to discover that it was the original owner was one Arthur Lipson, the grandson of Captain Thomas Lipson, R.N., who was the first Collector of Customs at Port Adelaide.  How good is that?  He got this book in 1902 and it remained in the family, I presume, until the point where it got dumped out, for whatever reason.  The photos and sketches of Port Adelaide from the mid 1800s through to 1901 in this book, alone, are worth the price of admission. And then there's
Post a Comment
Location: Adelaide SA, Australia
Read more 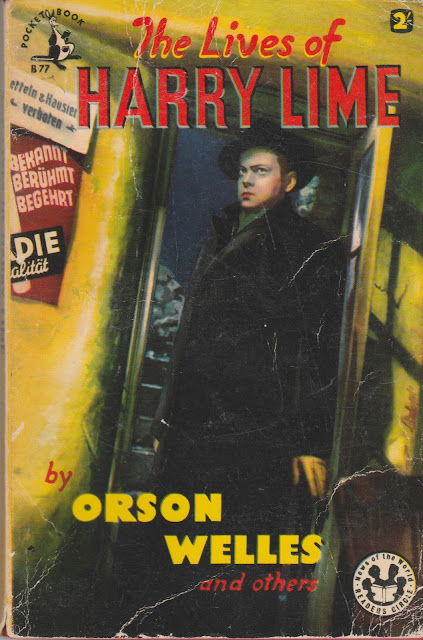 Ain't it a stunner?   The Lives Of Harry Lime , complete with non-fiction stories by none other than Harry Lime himself, Orson Welles.  I tell a slight fib though, this book wasn't an Op Shop find, this one was a few bucks at a book fair here in Adelaide last week.  It was worth heading out in the cold and rain, just for this one.  And there were other books to be found, including an extensive study of the Bounty mutiny dated 1884.  Can't complain. I was fascinated by the film The Third Man  from the time I first saw it on TV.  It just bewitched me, and the speech Harry Lime gives on top of the ferris wheel about morality is still utterly chilling.  If you've seen the film, then you know exactly what I'm talking about.  If not... Holly Martins : Have you ever seen any of your victims? Harry Lime : You know, I never feel comfortable on these sort of things. Victims? Don't be melodramatic. Look down there. Tell me. Would you really feel any pity if one of t
2 comments
Location: Adelaide SA, Australia
Read more 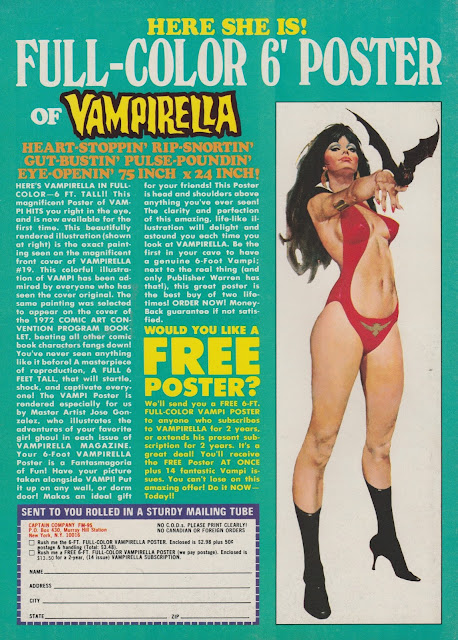 Taken from the back of Famous Monsters of Filmland, 1972 My guess is that this poster made it to more doors and walls in the early 1970s than paint.  Hell, I still want one!  I mean, how could it get any better than this?  The poster was drawn by Jose Gonzales and first appeared on the cover of Vampirella (Warren) #19.  Frankly, who cares where it appeared.  Along with the giant Frankenstein's Monster poster drawn by Jack Davis, this was essential and anyone who had one was to be envied, and cursed, but admired until the day their mother/wife/girlfriend/all of the above had enough with looking at it and ripped it in two. Jealousy.  Bloody awful thing really.  I mean, if you can't fall in love with Vampirella, then what can you do? And yes, I still want one.  And yes, if you have one, you're a bastard, but well done.  Very well done.
Post a Comment
Location: Adelaide SA, Australia
Read more

They Don't Make Comic Books Like This Anymore: Alien vs Arachnid 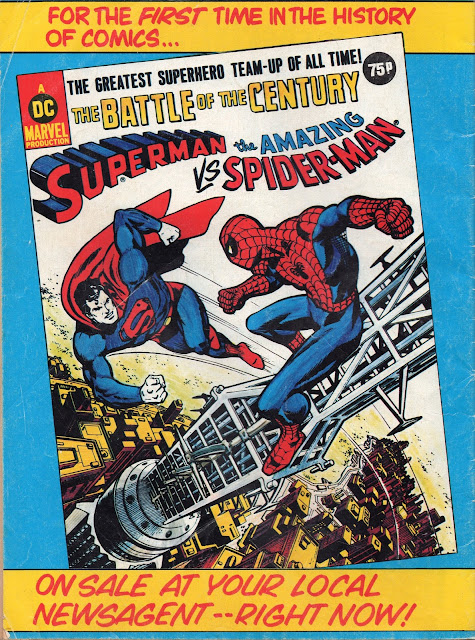 They Don't Make Ads Like This Anymore: Amazing World Of Superman 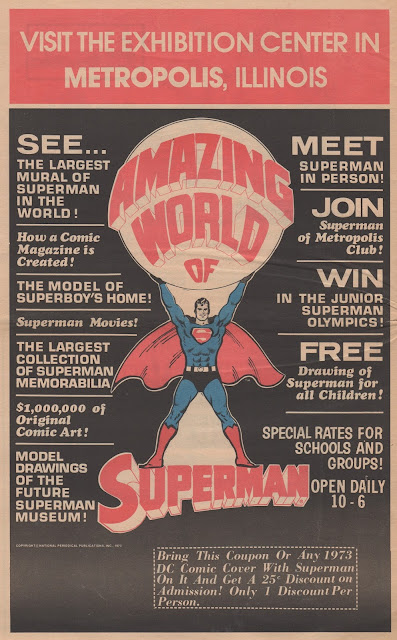 Rear cover of The Metropolis Planet , 28 June, 1973 So.  This.  In 1973 the town of Metropolis, Illinois, had a Superman themed exhibition.  The whole town turned out to celebrate, and DC Comics were right in there with them.  To really get into the swing of things, the local newspaper, The Metropolis Planet (I mean, what else would you call your newspaper) issued a special edition, the cover of which is posted below.  And yes, I am still very much digging my new A3 scanner, thanks for asking. The newspaper is full of ads for various local businesses, all cashing in on the Superman name and brand.  There's photos of special events, packed with facts from the TV show and the comic books.  Look! There's Carmine Infantino!  And Sol Harrison!  Both at different events, proudly hoisting the DC flag.  There's the Reverend Charles Chandler.  And some guy named Mike Forbes, who dressed up as Superman and wandered around posing for photos for the occasion.  In fact, anyone
Post a Comment
Location: Adelaide SA, Australia
Read more 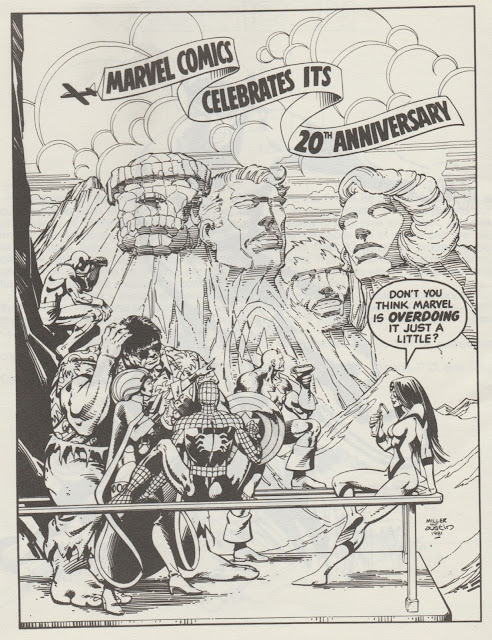 Frank Miller and Terry Austin, from Panel Power Comiccon III, Sydney, Australia, 1981 Now I have no idea if this ad ever made it to any American publication, as the only place I've ever seen it is in the Panel Power Comicon III programme.  The Comicon was held in Sydney that year, and the programme is packed with illos by Barry Windsor-Smith, Jack Kirby, Mike Royer, Gray Morrow, Carl Barks, John Dixon, Glenn Ford (who drew the cover), Paul Gulacy, Gil Kane, Frants Kantor, Peter Ledger, Paul Power, Bill Stout, Paul Wheelahan, Colin Wilson and a pack of other luminaries. Good luck tracking it down.  It's well worth it, if for the sketches and drawings alone.  And no, before you ask, you can't have my copy.  I fluked it at a comic book store in Melbourne years ago and have held it close to hand ever since. And DC Comics always said Jack Kirby couldn't draw Superman .  For shame! Mind you, if you went to the 1981 Comicon, and can remember it, then by all means
1 comment
Location: Adelaide SA, Australia
Read more

Australian Gothic: Dracula Down Under - Now On Sale 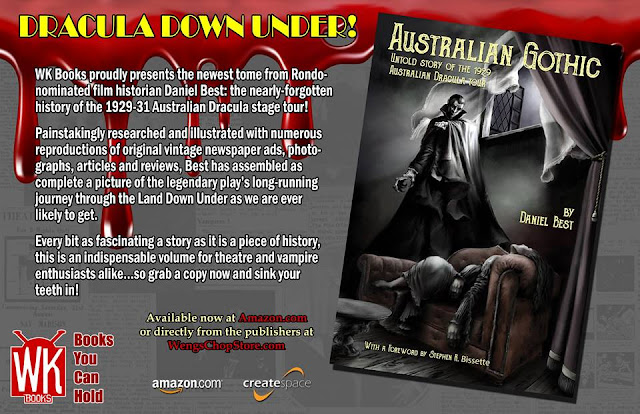 Australian Gothic can now be purchased at Amazon .  Go, run and buy it, and tell your local bookstore to stock it.  You'll not regret it.
Post a Comment
Read more
More posts