Showing posts from March, 2015
Show All

Superman vs The Amazing Spider-Man: The Inside Story 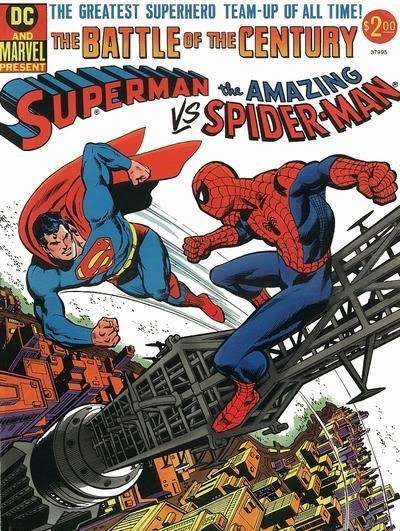 SUPERMAN vs THE AMAZING SPIDER-MAN: THE INSIDE STORY (This was originally pitched and published in a vastly different form in Back Issue magazine. The idea was that it would be a chapter in the Andru & Esposito: Partners For Life book, but that got nixed when the publisher did his chopping and changing. I’m going back to that book, in an intermittent fashion, rewriting and bringing it back to the original vision that both Mike and I had for it. So, here it is. All original art scans courtesy Terry Austin) By the mind 1970s several; creators had crossed between Marvel and DC, going back to the days when Stan Lee began to poach artists and writers to help launch the Marvel Universe.  Mike himself had crossed from DC to Marvel and had worked for both companies at the same time, before signing an exclusive deal with Marvel.  Ross was also at Marvel, as was other DC staffers in the form of John Romita, Gil Kane and even Wayne Boring.  Jack Kirby, who had almost singlehand
2 comments
Read more
More posts