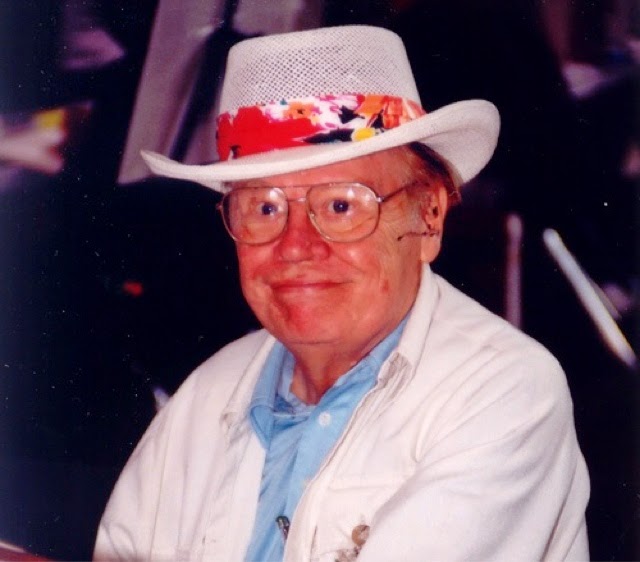 Roy Thomas has just sent the following message out:  It's my sad fate to relate that I received word a little while ago from Fred Ayers that his father has passed away yesterday, May 4, a few days after his 90th birthday.  Stan and I had each sent greetings, as doubtless did some of you.  I know no other details at present.

Dick Ayers was one of the nicest guys I've ever spoken to.  His career spanned decades, he worked with the greats, from Jerry Siegel and Joe Shuster (Superman) on Funnyman through to Stan Lee and Jack Kirby at the birth of what we now call the Marvel Universe.  Unlike a lot of people who rant on about what happened, Dick was there, he saw it first hand and he called it like it was.
I'm gonna miss him, as will a lot of people all round the world.  Go easy, Dick Ayers, and rest. You've earned it.