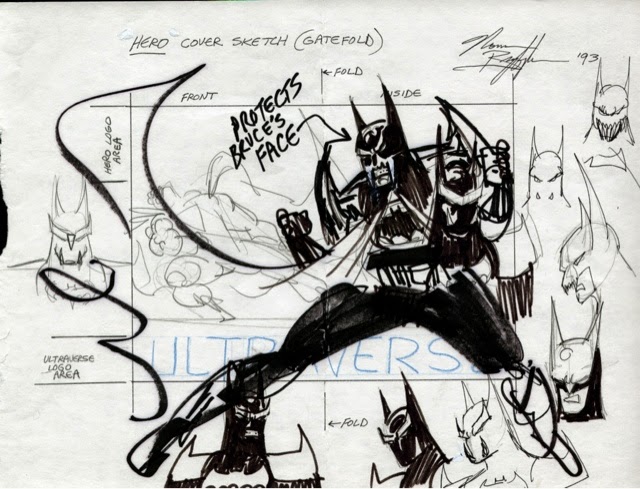 Happy Birthday Batman! Detective Comics #27, Batman's first appearance, was released to the newsstands, on this day in 1939.  Many fine writers and artists have followed the path forged by Bill Finger and Bob Kane over those 75 years, but my all time favourite Bat-Artist has to be the incomparable Norm Breyfogle.
So, here's just two of the thousands of Norm Breyfogle Batman illustrations to celebrate Bat's 75th!