Showing posts from May, 2013
Show All

In Their Own Words: Who Created The Fantastic Four? Stan & Jack Speak! 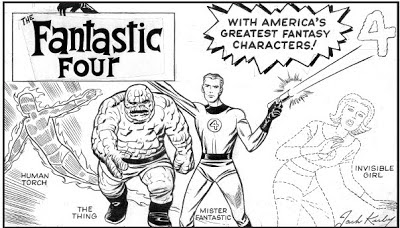 A while back I posted the first in a series of oral histories, by the people who were there, compiled from various sources, which detailed who did, or didn’t, create the Amazing Spider-Man.  The reaction to the post was better than I expected, so I’ve decided to continue the concept as a series and cover as many of the Stan Lee/Jack Kirby creations as I possibly can.  To that end, here’s part two, the Fantastic Four. The Fantastic Four were the flagship of the Marvel line and clearly both Stan and Jack had a fondness for the characters.  They were the first in a long line of super-heroes, and they marked the longest continuous collaboration that the two men had, as they worked on the title for 102 issues, plus a handful of annuals from its inception in 1961 through to 1970, creating a volume of work and characters that is still unmatched today.  The characters and concepts that were introduced make up the foundations of the Marvel Universe as we know it – the Silver Surfer, G
6 comments
Location: Adelaide SA, Australia
Read more 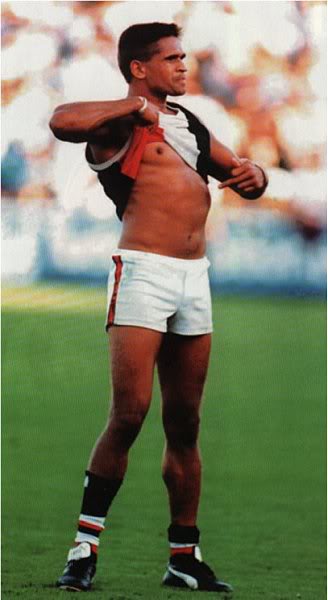 Twenty years ago St Kilda footballers Nicky Winmar and Gilbert McAdam -- two out and out champions - were subject to some of the most vile abuse from a rabid Collingwood crowd.  And when I say vile, I mean racial.  It made a difference in more than one way, first off McAdam and Winmar ran riot on the ground, leading their side to a famous victory, McAdam got best on ground, Winmar was right behind him.  At the end of the game, STILL being abused, Winmar faced the Collingwood crowd, lifted his shirt and pointed to his skin and, in the process of doing so, created an enduring iconic image that is now the poster for racism in AFL.  He was proud to be Aboriginal.  And rightly so.  Fast forward to last night's game.  Sydney versus Collingwood.  Adam Goodes, a star in anyone's eyes, was having a blinder of a game when and lifted his side to a famous victory, a few minutes before the end of the game, ran close to the fence as part of the play.  One of the supporters yelled out som
Post a Comment
Location: Adelaide SA, Australia
Read more 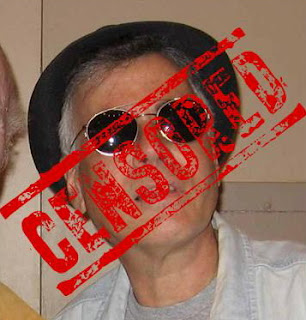 You would be forgiven for thinking that, after a long career in the comic book industry, including stints in advertising, magazine work and general illustration that this wouldn't be the first time Alan Kupperberg has had a strip censored.  After all, this is the man who drew Frenchy The Evil Clown, which contained some of the more offensive material that you're likely to see, and he's done other questionable work along the way.  But no, this time his material was rejected for it's 'tone' - not content, not quality - but that nebulous word, 'tone', for the second time by the same publisher.  And before anyone accuses him, Alan Kupperberg has had no invol v ement with this posting. TwoMorrows Publishing has made much of the launch of a new magazine, helmed by former Comic Book Artist editor, Jon B Cooke, called Comic Book Creator.  In doing so they approached a lot of people, writers, editors, artists, commentators, and assembled somewhat of an imp
3 comments
Read more

Here's the first in a weekly series of updates relating to the Newton Comics book.   I'm almost one fifth of the way towards achiving full funding via Pozible , but there's still a long way to go yet. If you can't donate then that's fine, just spread the word as far and as wide as possible.   The URL for the book funding is here: http://www.pozible.com/project/23150/120085 Melbourne and Australian based folk might want to see if you can get your PR people interested - this was a Melbourne based company after all and has all the right ingredients for a juicy story - sex, drugs, rock and roll, comic books, crime, brothels, politics - you name, Newton did more than dabble in it. Americans with an interest in comic book history? Well this is the FIRST full length book about an Australian publisher and, don't forget, they managed to take Marvel Comics for over $30,000 in 1975. That wasn't chump change.   Comic books were never like this before, or since.
1 comment
Read more

This Is Why John Buscema Was A Better Artist Than You 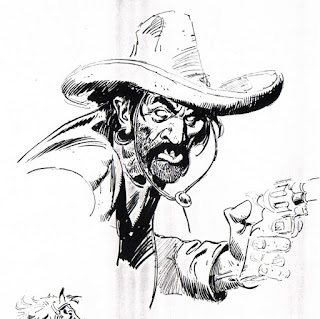 Years, and I mean years, ago I remember having an argument in a comic book store in Melbourne with some idiot who spent the better part of the afternoon trying to convince me that John Buscema wasn’t as good an artist as, say, Jim Lee or Rob Liefeld, or anyone from Image for that matter.   As is the way with such people nothing I said would sway his opinion, so I simply gave up and allowed him to ramble on and on, much to the growing amusement of people around him.   Not to denigrate Liefeld, or Lee for that matter, but I’m sure that Rob would agree that he’s nowhere near as good an artist as the late John Buscema.   And here’s why. What follows are prime examples of what Big John would do to warm up before he began drawing proper.   Most artists will go entire careers and not get near this level of expertise, and this is John in his downtime.   This is John just fooling about, getting his poses and anatomy right before he commits the pencil to the page for publication.   This is
16 comments
Location: Adelaide SA, Australia
Read more
More posts