Showing posts from January, 2013
Show All

Presenting The Royal Family In Signatures, Apollo XI & An Offer 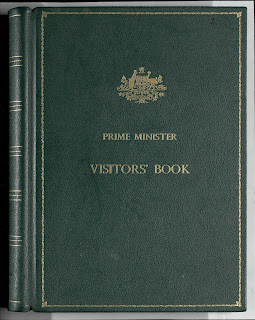 Just for a change of pace, because we all need one of those every so often.  Have you ever wondered what the Queen and Prince Philip's signatures look like?  Or Prince Charles for that matter?  For years I'd see them on the idiot box writing in various visitors books and I've always wondered, what exac tly do they w rite?  Wh at pearls of wisdom, if any, do they leave in the books?  Do they jot down the usual stuff that we see in visitor books - are they like me and write down things like , "What a lovely list" and then sign it "Oskar Schindler"?  And yes, if you're in Australia and see that name with that comment in a book, I'll now admit, I did it!  it's me!  And I've been doing it for years now, and getting clipped in the ear by people since I started .   As to the Royals, the answer is, they write their names and that's it.  No mentions of how lovely the Milk Arrowro ots were, or how the milk might have been a bit curdled, or
1 comment
Read more

The Marvel-DC Crossover by Joe Kubert That You've Never Seen 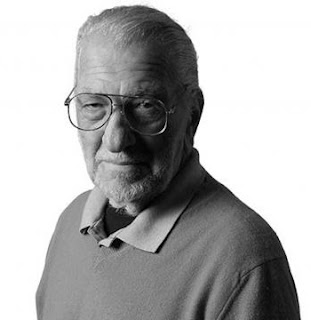 If you thought that you've seen all of the Marvel and DC Comics official cross-overs in the 1970s then you might well be wrong .  Not many people ar e aware of this rarely seen Marvel-DC cross-over, of sorts, that saw none other than Joe Kubert on the art chores.  Even better, this comic gave Kubert one of the few chances that he ever had to draw characters such as Spider-Man, the Hulk and Captain America - hell, if you look hard enough you'll even find a Kubert Archie and Jughead on the cover, along with Howard The Duck a nd Thor . T he comic itself was commissioned by World Color Press in 1977 to celebrat e their open day.  World Color had been printing comic books since 1940 and th e magazine showca sed their history with photos and histories.  Sadly World Color doesn't exist anymore having been bought out not that long ago , but, in it's day, it p rinted vi rtually every American comic book that was sold on the market. Seeing Joe Kubert's art on thes
7 comments
Location: Adelaide SA, Australia
Read more

It’s a rare thing when a complete, fully intact, Silver Age Marvel story surfaces on the market, other than short stories, even rarer when that story was drawn by Jack Kirby and features a major character – in this case, Thor.   Up for auction at the moment is the complete original art for the main story in Thor #134, written by Stan Lee and Jack Kirby and drawn by Kirby and Vince Colletta, however the questions need to be asked – where did the story come from and what is it’s provenance?   But, no matter who asks, the answer isn’t going to be all that straightforward, but what can be ascertained is that Jack Kirby never received this artwork back from Marvel – in effect, unless it can be proven otherwise, the art could be considered stolen and as such it rightfully belongs to the Kirby estate – not that they’ll ever receive it, nor will they see any proceeds from it’s sale. In 1986, The Comic Journal first reported the case of the missing Marvel art, as part of the th
6 comments
Location: Adelaide SA, Australia
Read more
More posts