Showing posts from December 2, 2012
Show All 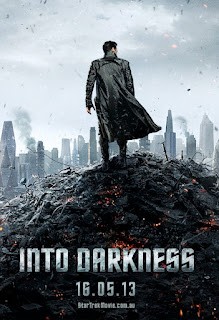 It looks good, damned good!  And the synoposis sounds very, very interesting indeed.  Watch this space for another peek later this week as the first trailer for the film is released...

When the crew of the Enterprise is called back home, they find an unstoppable force of terror from within their own organization has detonated the fleet and everything it stands for, leaving our world in a state of crisis.

With a personal score to settle, Captain Kirk leads a manhunt to a war-zone world to capture a one man weapon of mass destruction.

As our heroes are propelled into an epic chess game of life and death, love will be challenged, friendships will be torn apart, and sacrifices must be made for the only family Kirk has left: his crew.
1 comment
Location: Adelaide SA, Australia
Read more 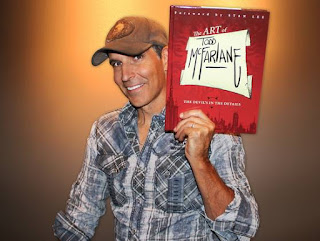 Your eyes haven't failed you, you've read the headline right. While Todd McFarlane hasn't exactly won his latest legal fight, he hasn't exactly lost either.  Not so long ago McFarlane decided to sue his former best pal, Al Simmons, over the publication of Simmons autobiography, titled The Art Of Being Spawn.  Simmons book appeared to rely heavily on McFarlane's name and anecdotes, a point that caused McFarlane to file a civil suit against Simmons.  At the time it seemed a tad odd why McFarlane would throw away a friendship that he must have once valued - he named his character Spawn after Simmons - over a book that he must have known about, but with the recent publication of The Art Of Todd McFarlane it became all too clear that McFarlane mustr have felt that Simmons book would cut into sales.  He might have a point there.

Sadly the case never reached any height with the only filings being McFarlane's original complaint, along with a status report (which reveale…
Post a Comment
Location: Adelaide SA, Australia
Read more
More posts