Showing posts from November, 2012
Show All

"Mean spirited tactics..." The Letter Joanne Siegel Never Sent But Should Have 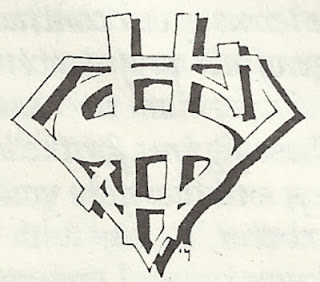 You have to wonder how different thing could have been if this letter had been sent back in 2010, but that’s not the only mystery to ponder with it. This two page letter, supposedly from Joanne Siegel to Jeffrey Bewkes, was recently lodged as an exhibit in the seemingly never ending case between DC Comics and the Siegels/Marc Toberoff. It details a plea from Joanne to Jeffrey imploring him to intervene in the case with a view of ending it once and for all, and for Warner Brothers to do the right thing. Joanne also evokes the spirit of former Warner’s boss, Steve Ross, praising him – unusual because the Siegels have spent the better part of a decade, plus change, demonising anyone and everyone associated with Warner Brothers and DC Comics. Yes, things might have been different if Joanne had sent the letter – if it’s actually real, and I’m not saying it isn’t – DC Comics are.  The issue around the letter is that it’s only come to light recently. DC Comics have laid complaint aft
1 comment
Location: Adelaide SA, Australia
Read more 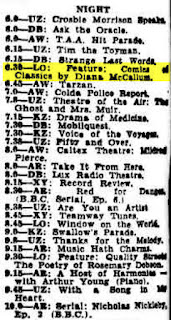 Comics or Classics is a largely forgotten radio broadcast, performed at a time when the merits of comic books, and their censorship, was being hotly debated, both in official circles and in the community as a whole.  That the programme was allowed to be aired shows the mindset of the Government funded and run ABC Radio of the era – to allow such a controversial programme to air in the midst of parliamentary debate was a bold move by all concerned.  Sadly there appears to be no locatable recording of the show, so it’s difficult to piece together the overall feel and production values, but, much like other period pieces, it’s highly possible that the show was recorded before an audience.  What is known is that the show ran for just under 15 minutes on Sunday, June 26 th , 1955 and was sandwiched between a show titled Strange Last Words and the perennial favourite, Tarzan .  Starting at 6:30pm, this would have been the prime listening spot for families on a Sunday evening in Australi
Post a Comment
Location: Adelaide SA, Australia
Read more

Was K.G. Murray A Spy? An Australian Publishing Mystery

Was the pioneer Australian publisher Kenneth 'K.G.' Murray a spy for the Germans during World War II?   That was the question that the intelligence branches of Australia had to answer in the early 1940s, thanks to an anonymous tip-off, supplied due to an Australian wider call asking for people to turn in those who they suspected had links or sympathies towards the enemy – in this case, Germany, Italy or Japan.   On the surface Ken Murray fit two of those criteria – his wife had links to the Japanese – she even spoke fluent Japanese - and the pair had visited both Germany and Austria immediately prior to the outbreak of World War II.   Even worse, he knew Germans; actual, real Germans with names like ‘Siemens’.   And he had money, money that ‘suddenly’ appeared.   Where did it come from and was Ken Murray, the founder of K.G. Murray, a spy? The letter that the Australian Intelligence Section received was damning, if not loaded with inaccurate assumptions.   Murray had
Post a Comment
Location: Adelaide SA, Australia
Read more

You just don’t see these kinds of comic books anymore, so here we go.   This issue of Desert Dragon Comic first appeared in April 1946 and has been sought after ever since, being, as it is, one of the earliest self-published Australian comics known.   Written and drawn by George T.C. Hubble, better known as Tom Hubble, aka Hub, the story is a simple one, as the bulk of comic books were at the time.   Keeping in with Hubble’s tendency to use comic books as an education tool, the strip is full of facts and figures, with one pertinent fact written down the side of the strip, as Dr Mensana finds himself in a world loaded with living dinosaurs and even though Dr Mensana gains his powers from a drug, he reminds the readers that, “Stimulants are harmful,”.   This is truly a comic book loaded with messages. Dr Mensana was one of Hubble’s original creations, and John Ryan, in Panel By Panel, described both Hubble and his work as such, “ While NSW Bookstall published many comics, one
1 comment
Location: Adelaide SA, Australia
Read more
More posts