Showing posts from March, 2012
Show All

DC vs Siegel: DC's Appeal Brief & Who DID Draw The Action Comics #1 Cover? 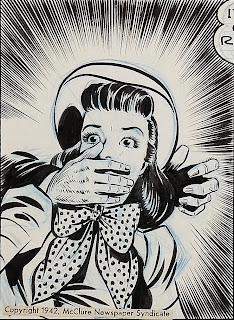 No other case in the comic book industry has been as long running, as far reaching and as divisive as the DC Comics vs the Estate of Jerry Siegel and the fight over Superman.  Since it became a reality in 2004, the accusations have flowed thick and fast, and this latest round of appeals has seen things ramped up to a whole new level.  And here it is, with some boring bits taken out.  It would appear that most people have gotten it wrong.  DC aren't attempting to remove the Siegel name from the character, more that they want the court to force Laura Siegel to honour a deal that they claim was agreed to, and an advance of $125,000 paid for.  They also refuse the allegation that Siegel owned every piece of work that he did for DC, and state that the bulk of it, other than the works that have already been re-claimed by the estate, were done strictly as work for hire.  The monetary numbers in this appeal are staggering to most people - the amount of $10,000,000 is bandied around, th
Post a Comment
Location: Adelaide SA 5000, Australia
Read more
More posts