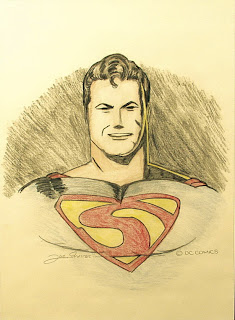 One thing that court cases do is to bring a lot of otherwise unseen, or rarely seen, documents to light.  The Joanne Siegel And Laura Siegel Larson, Plaintiffs, v. Warner Bros. Entertainment Inc case is certainly no exception to that rule, and, much like the Kirbys v Marvel case, the documentation filed has been nothing short of exhilarating for historians like myself.  I've lost count of the amount of letters that have been filed, both to and from Jerry Siegel and Joe Shuster from DC Comics, syndicates and others.  By studying the letters patterns begin to develop and, sadly enough, some traditional characterizations certainly stand up.

In this case there are letters from DC to Jerry Siegel dating back to 1937, detailing the contracts that the duo signed.  In those letters are the page rates that they received, in the case of Superman they would be sharing a massive $10 per page of finished artwork, but only if it was accepted for publication.  Added to that was approximately 35%…
1 comment
Read more 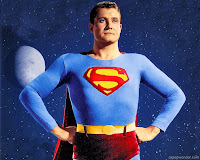 The following text, which explains the following testimony, is taken from the order in the Joanne Siegel And Laura Siegel Larson, Plaintiffs, v. Warner Bros. Entertainment Inc.; Time Warner Inc.; & DC Comics case: "In March, 2008, this Court held that plaintiffs, the widow, and the daughter of Jerome Siegel, the co-creator of the iconic comic book superhero Superman, had successfully terminated the 1938 grant Jerome Siegel and his creative partner Joseph Shuster had conveyed to DC Comics’ predecessor-in-interest, Detective Comics, to the copyright in the Superman material published in the comic book Action Comics No.1. Left unanswered for trial was, inter alia, the question of “whether the license fees paid” by Warner Bros Entertainment Inc. (“Warner Bros”) to its corporate sibling, DC Comics, for the audiovisual rights to the Superman copyright pursuant to various licensing agreements entered into during the 1999 to 2002 period “represents the fair market value therefor, or …
Post a comment
Location: Adelaide SA, Australia
Read more
More posts