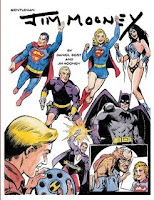 I can’t say that I was a huge fan of Elvira, either as a person or as a character, before Jim Mooney worked on the title. The idea of a big haired, gothic, large breasted woman sounds appealing on paper, but, for some bizarre reason, in the flesh it just looked trashy and not in a good way. It might just be me, but generally when you’re a male and make such comments other males call you gay, as if you’re supposed to want to have sex with any female out there. Different tastes I guess. Plus Elvira just wasn’t that, ahem, big here in Australia at any stage of her career. Indeed most Australians probably still have no idea who she was/is and would have recognised Peggy Bundy before Elvira in the early 1990s. Elvira was purely an American phenomena, much the same as Howard Stern remains.

Jim Mooney did some stellar work on Elvira, as he did on everything he touched. These pencils show that Jim, much like Joe Sinnott, and unlike a lot of other artists, never lost his touch as he ag…
1 comment
Read more 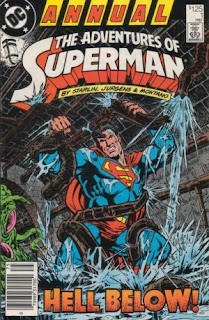 Last week I posted the details of an appeal to assist Tom Ziuko that Alan Kupperberg is running.  Since that time the details of the appeal have spread far and wide, with blogs and news sites everywhere reporting on it.  Some of the more interesting comments came from the likes of Todd Klein, who wrote about his time working with Tom.   Since then Alan has emailed to share the following news.  "You may say that Tom is completely overwhelmed by the response," says Alan, "and sends his most sincere and heartfelt thanks to all who sent either financial help or their good wishes."  This doesn't mean that the appeal is finished, not by a long shot as Tom will be out of work for a fair while to come while he recovers and will have hospital bills to deal with, amongst the usual day to day living expenses, so any donation will be greatly appreciated.

As Alan remarked last week, if everyone who reads this blog were to contribute even one dollar apiece it would be a tr…
Post a Comment
Read more
More posts