Showing posts from November, 2011
Show All

Now that DC Comics has seen the light after several years and assigned Norm Breyfogle to a regular Batman title, Batman Beyond, it might be time to remind them of another giant who is out there just chomping at the bit to return to the character that they love so much.... Here's a clue, the original house ad announcing the character's debut way back when. So how about it DC? Isn't it well past time that you revisited this character with the original artist?  Let's hope that it won't be long before we witness the return of Trevor Von Eeden to DC Comics and Black Lightning.
3 comments
Location: Adelaide SA 5000, Australia
Read more 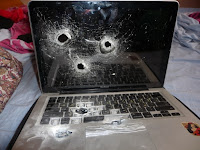 As I sat down the other day, drifting in and out of a haze of half-sleep I had an idea.  There’s nothing especially amazing about me having an idea, but this time I thought I’d share it.  I’ve noticed that there are some incredibly creative and insightful people who happen to read this blog who tend to leave comments either agreeing or disagreeing with either my views, or the views of others.  To that end I’d like to extend an open invite for people to contribute to this blog in the form of their own entries. There’d be a few simple rules, the first and foremost being that I’d like people who currently don’t have an outlet for their own views, that being people without a blog of sorts.  A web-site is fine, and if you want to use this opportunity to promote yourself, or your own products, or your own site – that’s fine by me.  Just make sure your links are good.  If you have images, even better.  I’d like for people not to write personal attacks on others, if you do then be prepa
1 comment
Location: Adelaide SA 5000, Australia
Read more

Original Art Stories: The Captain America #240 That Never Was Part I 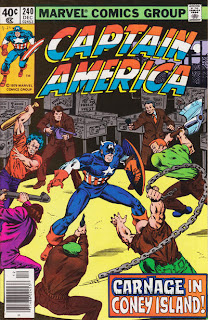 Here's a treat for those who love unpublished Marvel stories.  This is the original version of Captain America #240, intended for publication by Marvel Comics in 1979.  Written by Roger McKenzie, the art was fully penciled by Alan Kupperberg and was slated to be inked by Don Perlin before it was killed by Marvel for reasons that Alan has long forgotten.  "I don't think anybody redid these pages," says Alan, "I think Marvel abandoned the story too. I believe that Roger Mackenzie stayed on as the writer."  Well, not quite, for there was to be one more attempt at the issue before Alan linked up with his brother, Paul, to create the issue that was eventually published, a story that pitted Captain America against a bikie gang.  Good days indeed. Ever the opportunist, at some stage Alan began to ink the story and in a move that would repeated in reverse by Norm Breyfogle later, began to change Cap into Batman, with the view of selling the story to DC Comics.
1 comment
Location: Adelaide SA 5000, Australia
Read more 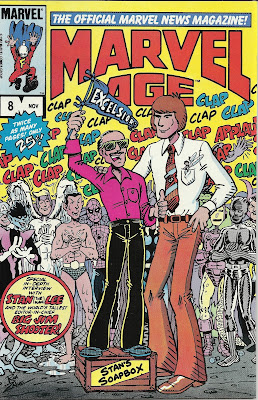 Marvel Age was one of those magazines that never really got the attention that it probably deserved at the time and is now looked upon as being something of a throwaway publication.   Marvel began to publish it in the early 1980s with the idea was that it would compete with the many fanzines and professional magazines that were on the stands at the time.   Considered to be the brainchild of Jim Shooter , who was looking to expand the Bullpen Bulletins columns that had run in various Marvel Comics since the 1960s, Marvel Age appeared to be modelled on the 1970s Marvel fanzine F.O.O.M.   However where F.O.O.M had been a full blown magazine, printed on heavier paper stock than normal comic books, Marvel Age served as a low budget ‘80s version of the earlier publication, only with less content and ‘flash’ and an emphasis on forthcoming releases.   The bulk of the run was dedicated to promoting how great Marvel was at the time, and in doing so it always painted a rosy picture of Life
1 comment
Location: Adelaide SA 5000, Australia
Read more
More posts