A Call To Help Gene Colan 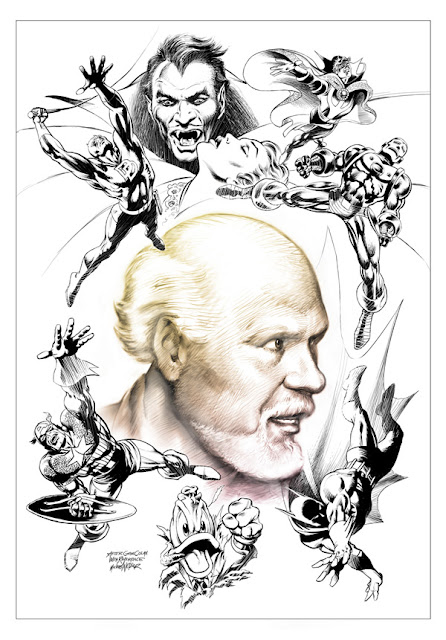 Clifford Meth is providing regular updates on Gene Colan's condition on a regular basis, and today he's posted this news.
-------------------
After 16 days of hospitalization, Gene Colan’s doctors are not ready to release him yet. His shoulder injury necessitates that he’ll need extra care once he gets home and he’ll also be walking with a cane now. While his bones are expected to heal in another ten weeks, Gene (who is now 83) will need ongoing physical therapy.

The broken wing also means Gene won’t be drawing and, thus, will be unable to earn a living any time soon as much of his income comes from commissions.

So we’ve circled the wagons. Gene’s friends have responded with the three most important words in the English language: Let me help.

Items for an art and comics auction are now being collected and you will see a piece from Gene’s friend Walter Simonson at Walter’s Facebook page soon… Harlan Ellison and Stan Lee are also participating in more ways than one. 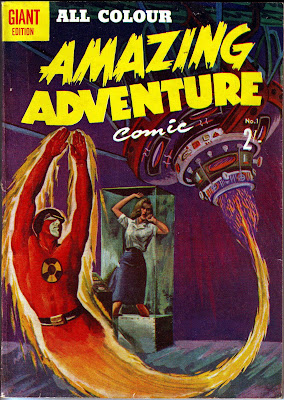 As I was searching for some more of the UK comics I came across these gems and thought I'd share them with anyone who reads this blog.
These comics all originate from Australia, but are, for all purposes, American.  Further to that I have three copies of #1 of Amazing Adventure and none of them are the same.  Confused?  Allow me to explain.

First off I have no idea who published these comics in Australia because there is absolutely no information about any publisher, or packager, on any of the comics.  The front and rear covers are blank on the inside, and the rear covers contain one of the few indicators, other than the cover price, that these books originated from Australia, as they all have an ad for Seven Seas Stamps, that beautiful company that is well known to anyone who read an Australian comic book in the 1970s.  That Seven Seas Stamps is still in business must mean it is one of the true success stories for Australian small business.

The contents of the titles are bound …
4 comments
Read more 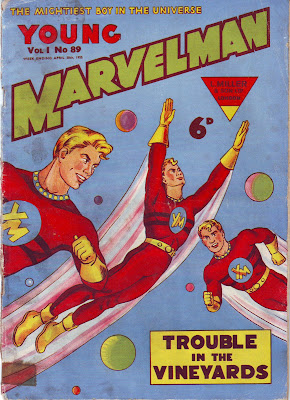 Just for fun, some scans from my own collection. As I keep clearing out stuff from various boxes in our carport, and moving books into the bookstore, I keep finding little delights hidden away.  This lot here I found hidden away in a box marked 'kitchen stuff', so go figure.  In the same box were a few Alan Class comics and a handfull of Warrior comics from the 1980s.

These comics date from the early 1950s through to the 1960s and were published by L.Miller in the UK.  The ad for Mystic was scanned from an issue of Mystic, just for interests sake really.  Some of the scans aren't the best, but when faced with no scan at all, or a scan of a comic not in the best condition, I'm sure that most people will go with any scan they can get.

For your information, and I take my information from Denis Giffords brilliant Complete Catalogue Of British Comics (which, really, someone should reprint): Young Marvelman was published weekly from 1954 through to 1963, so these copies wou…
Post a comment
Read more

From The Desk Of Rich Buckler: Part II - From Fan To Professional 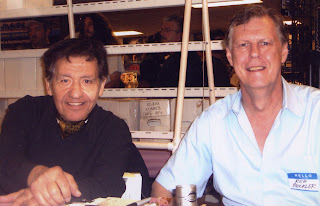 Welcome to Part II of the Life Of Rich Buckler!  I'm trying to find a suitable title for this series, so if anyone has a suggestion, then do feel free to, well, suggest it!  As people might be aware, Rich has been drawing comic books since the 1960s, and he's still going strong.  What people might not be aware is that Rich has a, ahem, rich history in the industry, and has worked in virtually every aspect - writer, artist, editor and publisher.  For the first time Rich is opening up and telling his story, in his own words.  This series promises to be a treat.

Before we get started with Part II proper we have to fill in the last bit of Part I.   In his first entry Rich mentioned, in passing, his meeting with Frank Frazetta.  I wasn't about let that pass by without an explanation, so after a quick email, Rich sent this back, along with scans of the samples that Rich …
1 comment
Read more 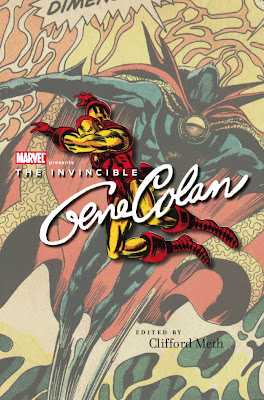 About a week ago Clifford Meth posted a blog entry stating that Gene Colan had injured his shoulder and wasn't able to work at the moment.  He then commented that the Colan family were looking after him and that they were currently looking for some art that was stolen.

Thanks to a few people - one in particular - the story gathered legs and was suddenly being reported in the context of Gene being mugged, assaulted, bashed, left for dead and the art stolen from his hands as he lay bleeding on the ground.  Good thing that Rich Johnston states that he deals in (unsubstantiated) rumours, because that's all it was.  Unfortunately quite a number of people didn't see Cliff's original post, or his follow-up, only the false story.

So, to clarify - Gene Colan wasn't mugged.  He's not near death with his injuries.  Clearly there is more to this story than is being revealed at the moment, but all in good time.  And Rich Johnson doesn't know any more about this than the…
1 comment
Read more
More posts