Showing posts from November, 2010
Show All

With an exciting turnout in voting from September 15 to October 15, The Inkwell Awards are now able to release the ballot results from the six categories targeting ink artists for the third year.  Favorite Inker runner-up from the 2009 ballot, Mark Morales took the winning slot for this year for his work on various Marvel titles, doubling his percentage lead from runner-up Jon Sibal.  Dan Parsons took his first trophy win for his Dark Horse Star Wars work for The S.P.A.M.I category and was close to snatching a second trophy win with him being only one percentage behind Scott Hanna who won the Most-Adaptable Inker category for his assorted and diverse inking style for Marvel. Cliff Rathburn performed well getting the runner-up slot in the S.P.A.M.I. for his now uber-popular work on The Walking Dead. The Props Awards had the closest race after the Most-Adaptable category with Jonathan Glapion inching out Jackson (Butch) Guice by one percentage point for his popu
Post a Comment
Read more 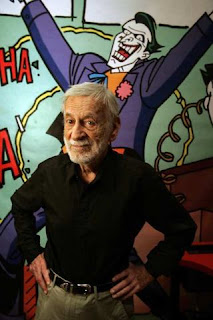 What can you say when you’re faced with such stunning original art? Not much, well not much without swearing really. Batman artist Jerry Robinson has decided that the time has come to part with some of his favourite, and coveted, pieces of art, including these two beauties. The Superman #14 cover must surely be one of the earliest Superman covers to come onto the open market for decades. The amount of times that this Fred Ray image, originally appearing in January/February 1942, has been swiped is just too much to count. It must rank up there with Kirby’s iconic Fantastic Four #1 cover for swiping, although John Byrne has lifted the amount of swipes on the latter to new levels. But what would you do if you had a chance to own it? Place it in a museum, on display, where it belongs. Throw out the Lichtenstein copies, here’s a chance to own the real thing, a genuine memory of America during the early days of World War II and the patriotism that was on show back then – life was si
1 comment
Read more 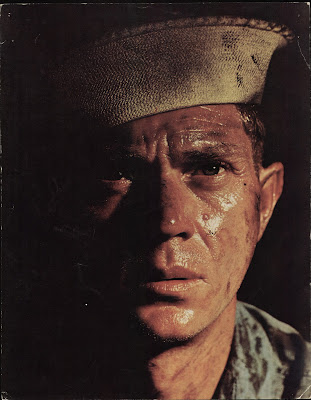 Original Art Stories: Gene Day In His Own Words 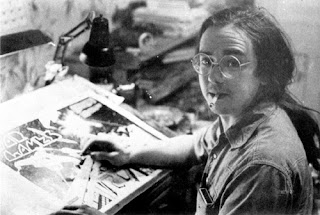 Gene Day is one of those artists that not many people remember much anymore, mainly because he passed away so young, and passed away before the advent of the internet. Now that’s a phrase that’s horrid, but it’s the truth. Artists such as Werner Roth, Dick Dillon and Don Newton fall into the same category, as do quite a number of others, and it’s a shame really as the quality of work produced by a lot of these guys was stellar, and Gene Day was no exception. Born in Canada in 1951, Day passed away in late 1982 of a heart attack in his sleep, at the age of 31. Day came to prominence with his work for Canadian underground comics and his fanzine illustrations, which showed a depth and talent that, at times, lifted him above the average fanzine artist of the time. After a short stint with Skywald, it didn’t take long for Marvel to reach out for him and he was duly hired to ink Mike Zeck on Master Of Kung Fu, which saw Day following in the footsteps of Paul Gulacy when he took over th
4 comments
Read more 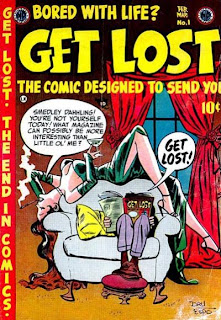 In 1953 Mike Esposito and Ross Andru sought to retry their hand at publishing once again, this time with MikeRoss Publications. The duo loved writing humor and sketch comedy stories, so they thought this would be a new road for them to travel. At this point in time the first 3D comics began to appear. The first 3D title was Mighty Mouse, as published by St. John Publishing and drawn by Joe Kubert. Mighty Mouse was no small feat, as it sold over one million copies. With this new wave of comic book style, their distributor asked that the first issue of Get Lost be done in the same 3D format. Declining to produce Get Lost as a 3D book, the pair quickly produced romance titles in 3D. Bigger companies, such as DC Comics and Timely Comics (the forerunner to Marvel Comics) didn’t touch the 3D look with any large amount of investing. They played the market in a smart manner, whereas the many smaller comic companies saw the 3D look as their big break. Andru/Esposito then took inspira
Post a Comment
Read more
More posts