Showing posts from October, 2010
Show All 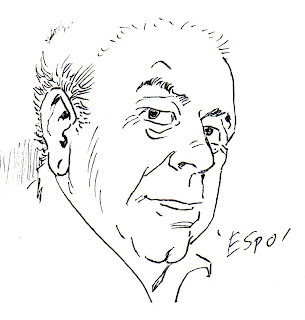 Michael Esposito was born on July the 14th 1927 in Brooklyn, New York. The depression was ending, but as far as Mike’s upbringing was concerned it wasn’t all pain sailing. “It was pretty rough as far as my own personality not developing properly because of the depression, fears and the separation with my mother and father and things like because of there being no jobs. People were making nine dollars a week and they had to live on that, if they were working at all. I can remember seeing my father going out and he didn’t even have shoes, he had newspapers wrapped around the legs of his pants so he could walk through the snow. I was about six years old.” These memories remained with Mike over the years and, like most of the depression babies, a lifelong fear of being poor saw him infused with a work ethic that would have stunned other people. There was hardly a time when Mike wasn’t working. As a child and well into his teens Mike felt victimised due to his last name and herita
3 comments
Read more

It’s ironic that when John Romita joined Marvel in the mid-1960s, he had never heard of their flagship character, The Amazing Spider-Man. The irony runs deeper when you realise that within a few years the names ‘Spider-Man’ and ‘John Romita’ would be forever linked, to the point where it could be argued that he surpassed Spider-Man’s co-creator, and original artist, Steve Ditko for sheer impact upon the title. “I had never even heard of Spider-Man,” says Romita when asked about the character. “I had never heard of the Fantastic Four. I was not a very bright comic artist. As a comic artist with business in mind I should have been up on all the stuff that was selling very well. I was very parochial. Over the eight years that I was at DC all I looked at were DC books. When somebody told me that Stan Lee was selling books I was mildly surprised but I didn’t even pay attention. I never once cracked a Spider-Man; I never once looked at the news-stands to even see a Spider-Man. It was very
3 comments
Read more 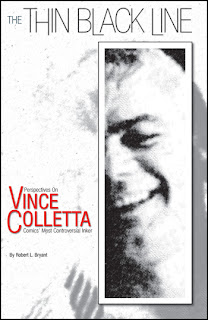 I must be getting more mellow in my old age as I decided to wait a fair while before I made any real comment about this book, but here we go. The Thin Black Line , released by TwoMorrows, is supposed to go a long way to reconcile inker Vinnie Colletta ‘s position within the comic book world and to rehabilitate his reputation. Colletta was known as an inker who took vast shortcuts overt his career, mainly due to some enormous deadline pressure, which saw the poor quality of his inking was often attributed to a lack of talent or ability. Let me get this out of the box straight away – Colletta had both talent and ability in spades. He was an accomplished penciller and would ink as well as anybody in the field whenever he wanted to. And therein lies the rub – more often than not he didn’t bother being as good as he could be. Colletta was the ‘go to’ man for both Marvel and DC, and probably any other company he ever worked for. It’s well known that when one of the companies found t
3 comments
Read more 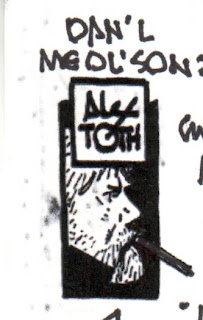 As a lad growing up I was a massive fan of Alex Toth even if I didn’t realise it and I strongly suspect that a lot of other people were as well. Each Saturday morning I’d find myself glued to the television watching shows such as Space Ghost, Jonny Quest, Herculoids, Thunddar, Justice League Adventures, the Fantastic Four and many more, most of which, if not all, were designed by Toth as he had a hand in almost everything that Hanna-Barbera produced there for a while. I loved the visuals to death, and I still do. Then I discovered Toth in comic books, via, of all places, DC Comics. The first encounter was a Batman story, then that great Superman annual that Toth pencilled and Terry Austin inked. The simplicity of the line amazed me, so sparse yet so rich in detail. It was if Toth’s artwork was a contradiction in terms and almost at war with itself. It was mind-blowing. Then I picked up a Walter Simonson book. I was a massive Simonson fan, much to the disgust of a few people t
Post a Comment
Read more
More posts