Showing posts from February, 2010
Show All 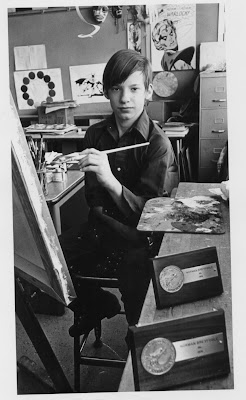 There's a lot that can be said about Norm Breyfogle , and indeed a lot has been said about him over the years. He's an industry veteran who has been drawing comic books since 1978 - when he produced his first published work, Tech Team, and he's been a regular fixture in comic books since he broke through to the mainstream in the early 1980s. Norm is a fearless artist. When you consider that he was tapped to draw Detective Comics on the back of his Bob Violence and Whisper work you soon become impressed. When you also consider the quality of talent that he was following: Gene Colan, Don Newton, Jim Aparo and, his most immediate predecessors, Alan Davis, Paul Neary, Todd McFarlane and Pablo Marcos you really start to understand the quality of his spirit. Most artists would have been daunted, but not Norm, he was born to draw Batman and in the process quickly forged his own style and identity and proved his selection correct. It helped that he was matched with one of the
3 comments
Read more

February 25, 2010
It’s a funny old world really. Today I’ve just bought myself a brand spanking new laptop, or notebook, depending on how old you are. It’s one of those little stunners, an Asus EeePC 1000HE. Why? Because I wanted something portable to take with me for my writing. Too often I’ve felt the urge to jot something down and my normal Toshiba is just too bulky and heavy to work with on a bus, or having lunch or the like. I know, I could use a book, but frankly writing things by hand, with a view of doing it again is just double dipping, plus I now type faster than I can handwrite. The irony of this is that the new machine cost me less than $500. The first laptop I bought, second hand, was Toshiba T1200, bought back in 1993. Back then it was cutting edge, although it didn’t feature a colour screen (that was the more expensive TC1200) it was still desirable enough to set me back around $1,000. Chuckle all you want, but my friend bought a CD burner at the same time for $5,000, which was half the
Post a Comment
Read more 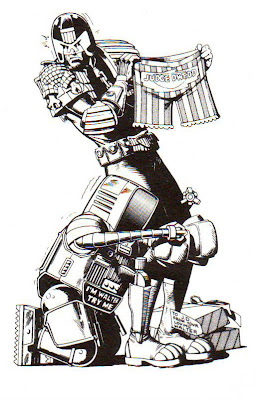 I'm not sure if I've used this phrase here, but I did coin it not that long ago (or perhaps I heard it, I'm not sure) and I felt it was as strong as any to begin this post: if the first casualty of war is the truth, then surely the first casualty of being a collector is integrity. There's more than one reason why I believe this to be the truth, and hopefully I can get a few of those points across here. I love Brian Bolland's artwork, always have, most likely I always will. I've always wanted a Bolland original, I have a sketch on the wall, but an actual page would be bliss, however I'm not prepared to sacrifice what morals I do have left to own something that I know is stolen. Sadly others out there in the original art collecting world have no such scruples, and will not only purchase and deal in stolen art, but will go to great lengths to defend their stance and 'right' to do so. I can't fathom it myself, but then that's what clearly se
2 comments
Read more
More posts