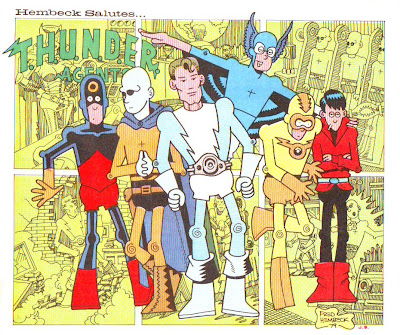 Not sure where I've scanned this one from - more likely an issue of The Comic Reader, where a lot of Fred Hembeck's art appears. Nice to see a colour Hembeck!

'Superheroes In Their Underpants!' Classic Hembeck - this print came with the first thousand issues of The Hembeck File (now reprinted in Fred's own excellent Essential Omnibus Archive volume). As with anything by Hembeck, this one is well worth a peek and I'd be curious to know who owns the original art these days.
Post a Comment
Read more

Looking Back With Dave Simons 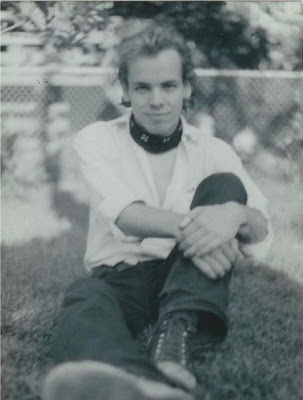 These things are best written down while the memory is still fresh in the mind, plus it’s good therapy and helps put things on the record.

This short interview with Dave was done back in February, 2009. Dave’s idea was to do an update to our first ever interview, done in 2004, to update where he was professionally, and because we both knew each other a lot better now. There was a lot that Dave wanted to talk about. What had triggered him was my short, but intense, confrontation with the ‘editors’ at Wikipedia over Dave’s entry on the site. Dave had approached me to write an entry for him on the Wiki with the intention of raising his profile, and possibly increasing his chances of getting more commission work. I had no problem with this, and hey – it was Dave – so I went to work and began to write his entry and posted the first draft on the Wiki site itself. It was promptly removed with the excuse given that Dave wasn’t ‘inherently notable’ as he was merely a comic book artist. T…
3 comments
Read more
More posts