Showing posts from February 1, 2009
Show All 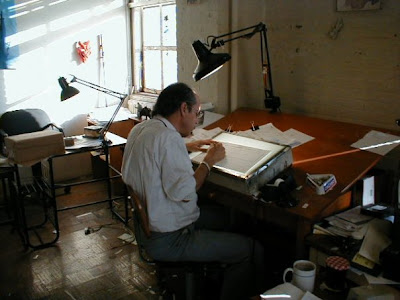 A quick update on the Help Dave Simons appeal (yes, we’ve given it a name).

I'll be updating this list as names roll in, so keep checking back and bookmark this post.

Dave will be in attendance at the New York Convention, coming up this weekend. Dave will be with the Comic Art House/ Serendipity Art Sales booth # 2402 and will be sitting at the booth on Fri 1-4, Sat 1-4 and Sun 12:15- 2:30. You can speak to Dave or arrange a commission at the show. Donations may also be dropped off at this time for him. Please leave them with Bob or Kim Shaw.

Ebay auctions will be running from mid next week, you can find them at this link. I'll post updates as the art …
2 comments
Read more 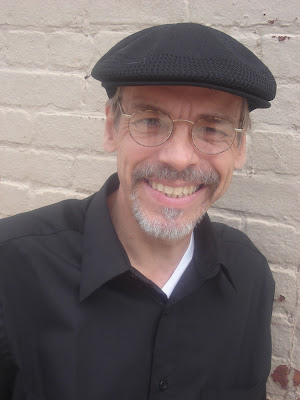 Anyone who read Marvel comics back in the late ‘70s through the mid ‘80s should know the name Dave Simons. He was one of the best inkers that the company had and his work over Bob Budiansky on the title Ghost Rider is still regarded as being a benchmark for the character, even now, over twenty years since it first appeared. While at Marvel Dave inked many of the industry’s top names, including John Buscema, Walter Simonson, Michael Golden, Frank Miller, Rick Leonardi and many more. His work over Gene Colan was recently described, by Colan no less, as being ‘exquisite’. Without being asked Gene also went on to say, “Do you know how few artists have ever been able to ink my very complex and often inscrutable pencils? I've yet to see anything Dave has done that I haven't loved! Artists and inkers have come and gone but Dave remains today still at the top of his form!” That’s high praise indeed and richly deserved as Dave’s fine line and attention to detail was often imitated…
1 comment
Read more

Looking Back With Bob Almond 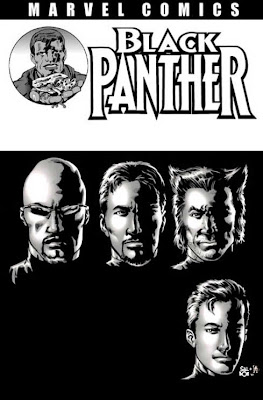 Speaking with Bob Almond is always a treat - remind me to tell you about the time we spent over two and a half hours on the phone talking for an interview that I've not yet finished transcribing, mainly due to a crappy phone connection. Until I do get that one finished and updated, I'm damn happy to be able to run this interview with Bob, as done by Kevin Scott. I'm sure that people don't want to read what I've got to say here, so without further ado, allow me to present Kevin and Bob!

KEVIN SCOTT: I’m in the place with the first inker that really caught my eye and made me appreciate the whole skill set........industry veteran Bob Almond!!!

Bob how are things going with you?

KS: How long have you been in the industry? 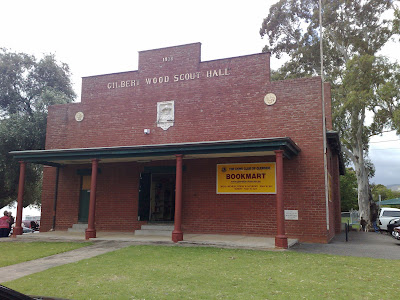 Located at Burnside, this converted scout hall is the location of the most excellent Lions Book Club. The Book Club has been around for ages, it recently moved from the Glenside Library, which is located right next door to a cemetery. The library was recently demolished due to the building falling apart in front of everyone's eyes, and someone kindly donated this building. It's bigger with a better layout than the old place and well worth a visit if you like your books reasonably priced, dusty and with a charm and atmosphere that doesn't stop. We donate stuff to them all the time.

The original building was a standard place, no reports of hauntings at all. I wish the same could be said about this scout hall. Each time we've visited it we can't wait to get out and have felt uneasy at the best of times. Anyone who knows me will raise an eyebrow at the thought of me wanting to leave a bookstore, usually I have to be physically removed from the premises, especiall…
1 comment
Read more
More posts