Blasts From The Past 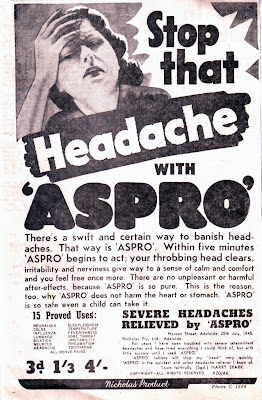 We've just spent the bulk of the morning sorting through boxes of material that have been in our storage unit for the past few years. In some cases the boxes haven't been opened in over ten years or more so you can imagine the amount of pure rubbish that we're throwing out and also the delight in finding items thought to be long lost and/or stolen by ex spouses and/or casual fling partners (moreso in my case).

One of the finds was a cache of newspapers dating back to the 1940s. I began to rummage through them looking for old Bluey & Curley strips for Alan Weiss and was entranced by the advertisements of the era. These three ads were taken from the one newspaper, dated October 30, 1947. The first two ads instantly reminded me of those fake ads that you see in issues of Viz (and isn't it funny how some of those 'ads' have found themselves in emails claiming to be the real thing? As if doctors ever advised anyone to get fit by eating lard) and the last ad …
1 comment
Read more

Perfect Art From The Ashes Of A Dead Publisher 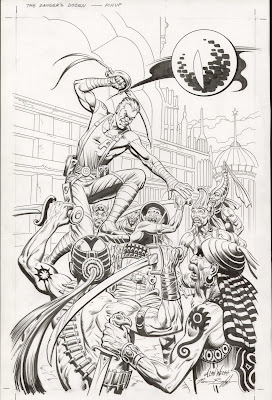 Despite all the crap that A First Salvo became two great things, personally, came out of it and these are it. It was my idea initially to have Alan Weiss ink Norm Breyfogle and vice versa, and I always wanted to buy the end results, so you can imagine my joy when this finally arrived in the mail. However I've always felt a bit bad for introducing Alan to the Salvos, considering what happened, but as has been pointed out to me by another close pal, if you're going to go supernova who better to flying the ship than Alan Weiss? Good point.

This was pencilled by Alan and inked by Norm. Apparently it was used as a pin-up and I'm pretty sure I do have the image in one of my four issues of Dangers Dozen somewhere, but I'm not going to bother to pull them out. Alan's pencils were very tight and Norm did his usual sterling job of inking. I've yet to see an image yet that Norm hasn't enhanced and improved with his brush.

This image, pencilled by Norm and inked by…
1 comment
Read more

Looking Back With Armando Gil 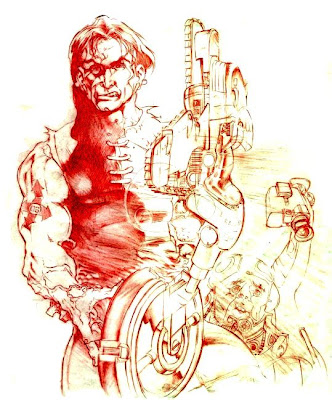 "He's one mysterious Dominican." With those words of wisdom Dave Simons introduced me to the world of Armando Gil. Hailing from Santa Domingo, Armando Gil is a name known to virtually every collector of original comic book and any fans of comic books in general. He forged a career at Marvel with one of the most distinctive inking styles seen - at times his art looked like molten steel, fluid yet firm and strong enough to hold up against anyones.

When asked inker Bob Almond had this to say about Armando, "I always thought he looked best over Michael Golden like in Avengers Annual 10 and The Nam, but I recall some impressive work over others as well like how much he enhanced Ron Wilson's work on the Superboxers graphic novel...and while he didn't do many long runs at Marvel, some issues stick out even to this day like his efforts inking Ron Frenz on a good run on Kazar, a shorter run with Pat Broderick on Micronauts, and an issue over Gene Day on Master of …
3 comments
Read more 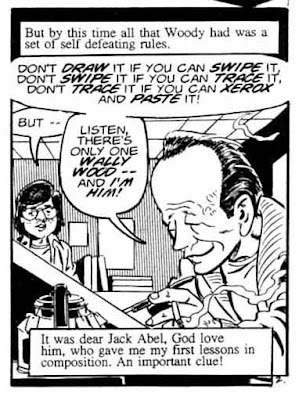 I TIVO the GSN reruns of the "What's My Line?" kinescopes every night and Debbi and I often watch them during dinner. Yesterday they broadcast the WML? episode of June 22, 1958. After mystery guest Andy Griffith failed to stump the panel, the fourth and final contestant, a Mr. Alois S. Knapp, entered and signed in.

I knew this guy!

Moderator John Charles Daley saw to it that Mr. Knapp was seated and a card was super-imposed to show the folks in the audience and the folks at home just what Mr. Knapp's line actually was. The card read, "Owns and Operates Nudist Camp (self-employed).”

That's when the light bulb flashed on over my head, and I knew where I knew this guy from.

In late 1972 I was working for Wally Wood, ghosting Sally Forth and Cannon. It was Woody's habit to "pull swipes" or scrap on as much of his drawing as possible. His motto …
Post a Comment
Read more 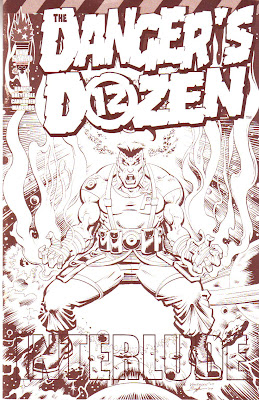 People might remember back in late October I spoke about the now defunct publisherFirst Salvo and how they treated Alan Weiss and myself, namely by commissioning a story and not paying us, and also refusing to pay Alan for outstanding work that he'd done for the company. Just for the record, to date they've still yet to pay either of us (as I've told them - they can refuse to pay me, that doesn't bother me, much, but they are honour bound to pay Alan) and have not responded to numerous emails. Since that initial post I've had more contact with artists who've shared various stories with me about the conduct of the Salvos, how they promised a lot of work and then ceased contact without explanation.

Publishers do go under, especially small press publishers, so there's nothing wrong there. However it's generally accepted as being good business practice to at least let people know that you've gone under without abuse or silence. Most people will accep…
4 comments
Read more
More posts