One Of The Best Runs In Comics: THE PUNISHER - CIRCLE OF BLOOD 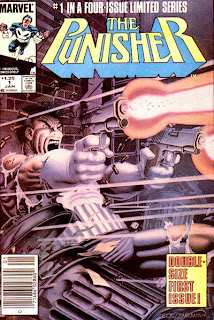 THE PUNISHER: CIRCLE OF BLOOD

It was the first ever Punisher mini-series and it remains one of the best. If they ever wanted to make a proper Punisher movie then Hollywood should look no further than the first issue and use that as a starting point.

The first issue contains some of the most defining moments in the Punisher’s career, and the team of Grant-Zeck-Beatty was one of those magical combinations that come along only in the proverbial blue moon. Zeck and Beatty were the hot artistic team of the time, fresh from a dream run on Captain America and the (now much maligned) mini-series Secret Wars. Zeck had falled into difficulties with the Secret Wars series and several issues featured work by a host of Marvel artists, including John Byrne, Bob Layton, Jack Abe…
1 comment
Read more 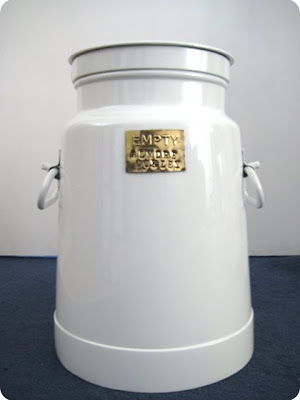 How do you turn an ordinary milk churn into a piece of art? Actually, why would you want to turn a milk churn into art? Damn good questions and they are answered on the blog of Jason Chatfield.

Jason is an obscenely talented cartoonist who lives in Perth. I can forgive him the latter as my brother also lives in Perth, but then so do the West Coast Eagles, and even worse, Fremantle FC. But hey, no-one is perfect. Jason's site features his biography and it's what you'd expect - young man, drawing pictures whilst watching the Saturday morning cartoons, we've all been there and done that. However Jason went that extra step and turned his hobby into a full blown career. For a young man he's already achieved a lot - he was made a full member of the Australian Cartoonists Association at the Age of 18, and became the VP of the WA branch at the age of 21. Perhaps his greatest achievement thus far was when he was tapped on the shoulder by James Kemsley and handed the iconic A…
Post a Comment
Read more

The US Presidental Race

March 07, 2008
I swear, if you're gonna vote in America, you might want to watch the above video first. What amazes me is that this guy can admit what happened, under oath, and seemingly nothing happened and the machines are still in use. Incredible. As I just wrote to Norm Breyfogle, here in Australia you can be sure that if that happened then Parliament would be dissolved, the machines thrown in the bin, a new election called for and someone, or someones, would be facing some serious criminal charges.

How can any American be sure that they're going to get who they voted for?
Post a Comment
Read more
More posts