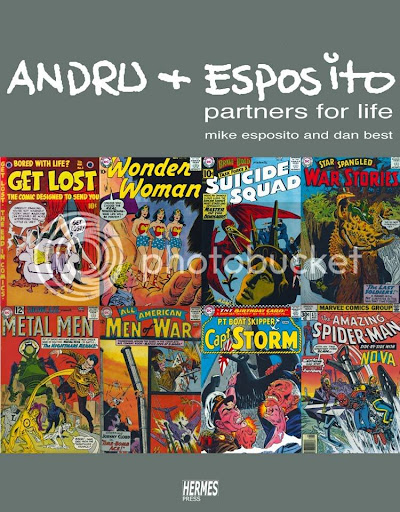 Well the book is now out and on the shelves (you can order it from Amazon using the link on the side of this page). I'm not exactly sure as to the reasons why but a large portion of the text wasn't used. That includes some great interviews, so rather than lose them completely I've decided to run them here over the coming months as a companion piece to the book itself. Perhaps one day I'll be able to produce a 'directors cut' of the book where some of what was left out can be added in. Until then, enjoy! Feel free to print these interviews out and place them in your book - it'll give the book a more rounded view and show you somewhat of what the original manuscript looked like.

Since starting as a background inker at Marvel Comics in 1972, Dave Hunt has inked many titles and inked a host of exceptional artists, including long runs over Curt Swan on Superman, Kurt Schaffenberger on Superboy, John Byrne on Marvel Team-Up and ass…
Post a comment
Read more 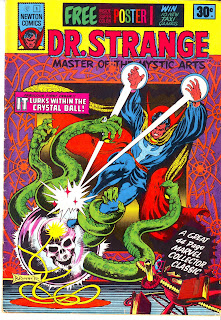 Dr Strange was another attempt at a regular title and came in the second wave of Newtons, presumably once more product had been shipped over from Marvel. A few of the Lee/Ditko Dr Strange stories had been printed prior to this series, notably the origin story in both The Avengers and in the Origins book. However the only real exposure the Ditko Dr Strange would get would be via the Giant Man/Dr Strange one shot (detailed below) and also in the Sub-Mariner special.

Unusually for Newton this series was published the same as the standard USA series, continuity wise however the preceding issues (notably Marvel Premiere #9 through to #14) which set the series up were never printed by Newton.

The poster for this issue of the Werewolf By Night. As the Dr Strange stories by Englehart and Brunner were reaso…
5 comments
Read more

The Last Word On The Continuing Saga Of The Hotel?

February 02, 2007
Just needed to do this and hopefully it'll be the last word on the Saga Of The Sebel (but then we know it won't). Last night was fun to watch and I was impressed how ACA managed to keep the feel of the interview/conversation intact and didn't make us look bad at all. Thanks for that guys - it's appreciated. That's two minutes off my Warhol time.

In response to the (to use their own words) misleading comments by the hotel spokesperson I'll ask this of all you hospitality workers: if someone came down to you at 10:30pm on New Years Eve and was as abusive, rude, aggressive and insulting as they say I was, and you had the following at hand - 1 bouncer/doorman less than 5 meters away, one concierge less than 2 meters away (in earshot), three counter staff less than 2 meters away (also in earshot) and what I expect was an assistant next to you, plus security cameras, are you then going to allow that behaviour or are you going to call for assistance and have the pe…
3 comments
Read more

For those within Australia, watch A Current Affair tonight. You'll see what I mean... Both channels chased us but in the end we went with Nine due to a personal connection - one of my pals works for them in Victoria. Good guy. So the taping went smoothly and hopefully they won't make us look too foolish or bad in the editing. If nothing else the whole process was an interesting experience and the commercials did make me chuckle.

It made for a fascinating experience because I already knew how these things are done, but the other half had no idea. We left our place at 12:30pm and started the physical taping at about 12:50pm. We wrapped at that location (we didn't allow them to film here due to security reasons - anyone who knows where the other half works will quickly realise the reasons why) at around 3:00pm and then went into the city where we were filmed walking past the actual hotel until 3:30pm. I expect that the three odd hours, in…
2 comments
Read more

As regular readers of the blog know I had a little run in with a certain hotel here in Adelaide on New Years Eve. No biggie except that it revealed the differences between what's considered to be 5 star service for the hospitality trade here and overseas. In a nutshell it's clear that here 5 stars has nothing at all to do with customer service, and going on the comments left by several people claiming to be connected with the hospitality trade here (some on management level) the claim that customer service is a dinosaur that needs to be not only extinct but totally forgotten isn't that far from the truth. Pretty much everyone within the hospitality trade has totally missed the point of the complaint and focused on the rule itself, not the changing of the rule or the treatment we got.

The last I heard from the hotel was via a letter that basically told me that the matter had been handed over to their solicitors. The hotel is very a…
3 comments
Read more 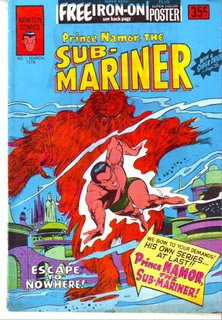 Sub-Mariner was yet another of the short lived Newton titles. Two issues in total were released, a regular issue and a one-shot. The title had been promised for a few months leading up to it's eventual release however the implosion soon left the title stranded on it's first issue. These two books aren't that easy to track down, but thanks to the efforts of a few people (Robert Thomas, Peter Ivan and Spiros Xenos) I now have the full details (barring one story I wasn't able to identify) for the special. Indeed both Robert and Peter have been very helpful and have sent down details and scans of Newtons I hadn't yet documented, so by the end of this coming week every Newton issued should be scanned and up on this site.