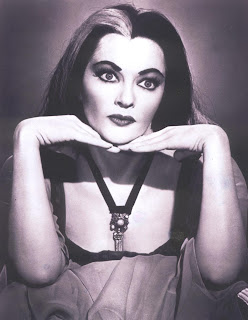 He roared with laughter and said that he often thought the same thing.

Both Carolyn Jones and Yvonne de Carlo are gone now...both women gave me, and I'm sure entire generations of males, an appreciation for goth girls, so what can you say? I'm sure they're up there comparing notes right now.
Post a comment
Read more 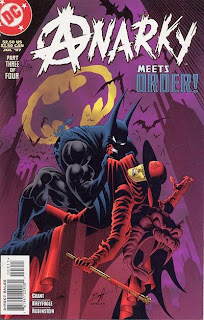 I posted these comments onto a thread devoted over on the Newsarama site to my interview with Alan Grant and Norm Breyfogle.

-------------------------------
I knew there'd be a certain amount of controversy surrounding this interview, but I wasn't aware of how much there'd be. The editors who did them wrong, well if you read between the lines you'll soon work out who they are. As for Norm and Alan not working at DC - well that's amazed me for years now and I have no idea why. I expect that some people would be upset reading Alan and Norm's comments but here's something to consider - both men have told the truth as they see it and recounted events as they happened from their side. I'd be more than happy to give the same amount of time and space to any editor who'd like to put forward their side of events, but I know that won't happen. In effect Norm and Alan are being black-listed for telling the truth.