Showing posts from September, 2007
Show All 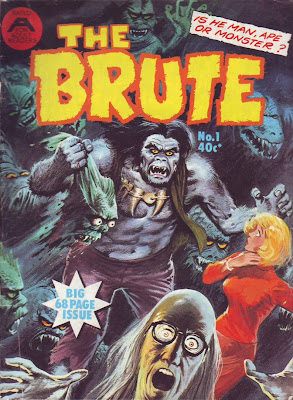 There's been a bit of activity on the Atlas/Seaboard list of late wanting to know exactly what was published/reprinted here in Australia, Atlas wise. Find that out isn't as easy a task as it might first appear. Fellow Gredown enthusiast Spiros Xenos has been collecting titles and information from a number of collectors in regards to the various Gredown comics that appeared in Australia, and I'd hazard a guess that the bulk, if not all, of the Atlas/Seaboard material appeared in Gredowns. However, having said that, I can't be entirely sure of this and I'm not totally convinced. I've seen Warren material, for example, appear in their own dedicated lines ( Vampirella , Creepy , Eerie etc etc) as published by Page and yet Warren material also turns up in Gredown books ( Monster Factory ). Same with Skywald. Hell Rider appears in Australia as a Gredown title, yet Skywald material also appears under the Page imprint. Charlton material suffers the same fate, as
1 comment
Read more

Looking Back With Bob Budiansky 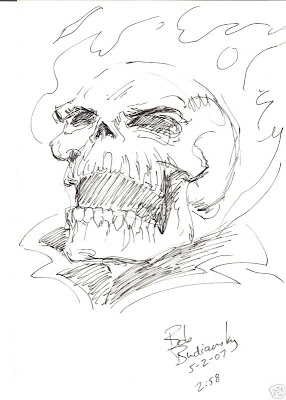 Bob Budiansky is one of the more unsung heroes of Marvel Comics to emerge from the explosion of talent that took place in the 1970s and 1980s. Originally beginning his career as an artist with the British department at Marvel, he soon graduated to being both a writer and editor, reaching the top of the pile when he became an Editor-In-Chief before his departure in the mid 1990s. Primarily a cover artist, Bob had one regular run as an artist, the incredible relaunch of the Ghost Rider . Beginning with the issue #68 (an incredible story even today), the creative team of Roger Stern, Bob Budiansky and Dave Simons would go on to re-define the character and in the process made it their own. With the departure of Stern, Bob was boosted to the status of co-plotter with writer J.M. DeMatties. Bob then remained on the title until it was canceled with issue #81. Before it's cancellation the creative team took a second string character and unleashed it's full potential to the comic book w
2 comments
Read more 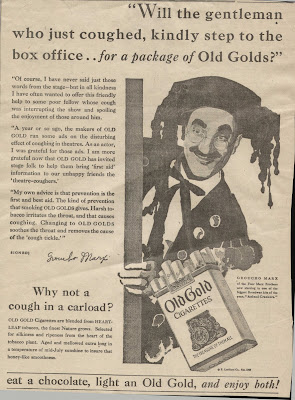 Well that was a week to remember. It's been so long since I've had a week where I wasn't expected to do anything, so I did nothing, well nothing but what I wanted to do. I did have a few things planned, but after the first day's shocks they went right out the window as I ran around on a buying spree. I managed to soak in a lot of the Melbourne I used to know, travelling on trams and trains, getting lost and walking. And did I walk! I think I covered between 5 - 10 kilometers per day. I'd get back to the apartment with throbbing, sore feet, but I think that between the walking and the on-site gym I must have lost around five kilos of fat that I can easily spare. Now to keep it off and drop some more. The ad on the left was, for me, one of the finds of the week. We hit the Chapel Street Bazaar and found this amongst a pile of movie posters for a mere $10! If I had unlimited funds I'd have bought all the posters too, but that wasn't to be. This ad caught my
Post a Comment
Read more
More posts