Showing posts from December 3, 2006
Show All 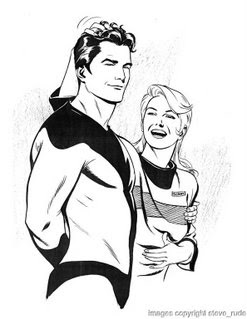 Steve spent the better part of a decade and a half working on a labour of love: Nexus. Debuting in 1981, writer Mike Baron and The Dude helped forge a universe and provided some of the best stories that were produced in the 1980s/1990s. Nexus had a troubled life though. Originally the series was published by Capitol Comics and then found a home at First. When First went belly up, the series was picked up by Dark Horse and it remained there until it was cancelled. Since then the title has remained dormant, plot lines dangling and every so often Dark Horse would rel…
2 comments
Read more 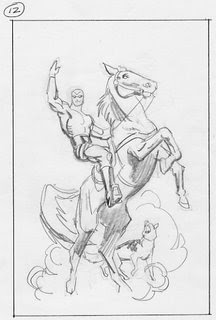 As is always the way, shortly after I posted my original articleNorm Breyfogle contacted me to to tell me that he'd just found his original pencils and preliminaries. So, without any further comment from myself, sit back and enjoy some great 'lost' Phantom art!

I've collected all the images into this one posting. The first image in any pairing is the thumbnail preliminary sketch, the second image is Norm's final pencil drawing. As King Features have kept the original art these images only exist in scanned form for now. Hopefully KFS might one day relent and use this art in some form.

From here onwards Norm didn't do any finished pencils, so these images only exist in thumbnail/preliminary form. They're still damn impressive. 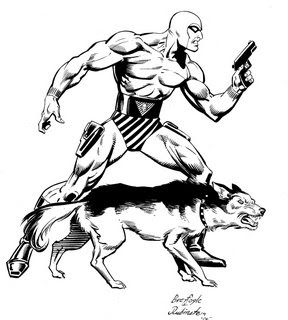 I've only found out about the following 'lost' Phantom images in the past few days. Here's the story.

Back in 2004 inker Joe Rubinstein was approached by King Features to produce images for a Phantom style guide. As Joe tells it, "King Features Syndicate hired me 2 years ago to do a selection of pin ups for a style guide, but after OK'ing it all they pulled the plug and went with Sy Barry clips." Three of those pin-ups were penciled by Norm Breyfogle in 2005, better known for his stellar work on DC Comic's Batman, along with equally as good work at First Salvo, Marvel and on the title Of Bitter Souls to name just a very few. Incredibly Norm had never drawn the Phantom previously but, like most people, has known about the character since his youth. "I first became aware of the character back in high school, when for many years my local newspaper ran the strip." In response to Joe Rubinstein's offer Norm penciled the three images you now se…
Post a Comment
Read more

Image Of The Week 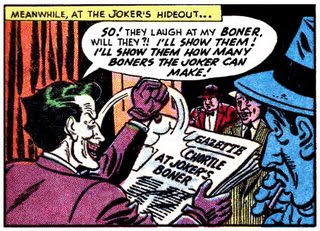 Courtesy of Alan Kupperberg. And yes, it is an actual panel from an old comic book - exactly as it appeared.