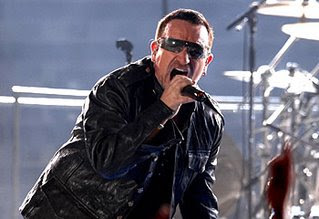 Well that was a concert. Thirteen years, well twelve years and three hundred and sixty four days to be precise, all ended last night about 8:50pm when U2 took to the stage at Aami Stadium to a deafening roar from an estimated 60,000 people. Billed as the social event of a lifetime, screaming idiots, acolytes, sycophants, posers, people who got dragged along, got free tickets, paid shitloads of money, wanted to be there, had no interest in being there, cared, didn't care were all crammed into the ground like sardines in a can. All we were missing was the brine, but some people more than took care of that.

We'd bought our tickets in February two days before the band announced they were going to cancel the shows and re-schedule. That was annoying and it led me to reiterate my views on such events - I don't believe they're going to happen until the band is out there on stage. Despite the reports on the idiot box and also on the radio (and as an aside to Channel 10. No, U2 w…
2 comments
Read more
More posts