Showing posts from September, 2005
Show All

September 29, 2005
With the current focus on the new terrorism laws, about to be introduced, I'm wondering if, secretly, John Howard is hoping and praying that someone, somewhere, actually does carry out an act of terrorism upon Australian soil. That way it'll justify everything he's done since he threw in with the American invasion of Iraq. Mind you, it's that self same invasion that's made Australia a target on the terrorist map, not that you can tell that to Howard. The new laws are nothing but a travesty. I'm sure that if you enjoy having no civil rights, and really, really enjoy having all your freedom taken from you - on the strength of a phone call - then you'll get right into these new laws. And that's what it comes down to - a phone call, a letter, an email, a blog entry (kinda like this one). Someone reports you as a possible terrorist and BANG! before you know it you're locked up for two weeks (at a minimum) without charge, without anyone knowing where yo
Post a Comment
Read more

How To Solve The Third World Debt Crisis With U2

September 21, 2005
I've been reading reports all over the internet for a while now about how Bono has taken it upon himself to routinely harangue the people who attend U2 concerts and shame them into giving more money to charities that support the eradication of the Third World debt. End Poverty Now, he says. And good on him! It's a noble cause, albeit a doomed one. Still the same people who shell out anywhere from $150 to $200 a ticket to see U2 sing what passes for their greatest hits don't want to be told that they're not giving enough money. It's the height of hypocrisy. We're not privy to the amounts (if any) that Bono, The Edge, Adam and Larry donate to the same charities, but what people do know is that the current U2 tour will gross millions of dollars, the large percentage of which will end up in the collective bank accounts of the U2 organisation (and don't be fooled - like the Rolling Stones, U2 ceased being a band years ago - it's a business now, and like any
Post a Comment
Read more

Blame Chadwick, Not Me!

September 14, 2005
Ok, surfing because I'm bored. Why am I bored? It's not because I haven't got work to do - Gawd knows I have enough. I have a book to finish, a site to help re-design, people to upset on forums and mailing lists and I have to be awake tomorrow at about 6am to phone Terry Austin and have a chat that'll last til 10am (Christ I'm a name dropping bastard today). So on my bored surfing (or should that be avoidance surfing?) I found that my dear ol' pal Chad has posted one of those question/answer things and wants me to do it. The bastard. I swear, next time I see him I'm gonna really pick my nose and flick it into the nachos, as opposed to just telling him I did. Without any further ado, here we go. If any of this either doesn't make sense, or you want clarification, then just fire away. --------------------------------------- 7 things I plan to do before I die 1: Write a novel and get it published. 2. Appear in a major motion picture with an Oscar winne
Post a Comment
Read more

It's Better To Look Good Than To Feel Good 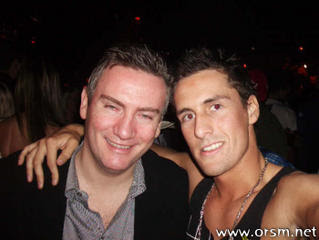 Or so sang Billy Crystal. I wonder if Eddie agrees? I'm betting that you won't see this photo on Sam's Mailbag on the Footy Show. Speaking of which, guess the song from the lyric: "Oh look, there's Sting, looking for his last name in the bin!" Good luck, I'll tell you what it is next time around.
Post a Comment
Read more 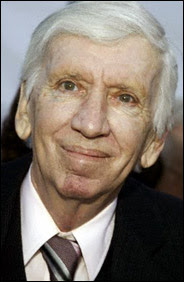 BOB DENVER, DEAD AT AGE 70. Bob Denver, star of TV's DUSTY'S TRAILS, died on Friday in Winston-Salem, N.C. He was 70. Mike Eisenstadt, Mr. Denver's agent, announced the death, The Associated Press reported. Mr. Denver was being treated for cancer at Wake Forest University Baptist Hospital and underwent quadruple bypass surgery earlier this year. Seen here in his role of Dusty, Denver had a television career that spanned several decades. Staring with his portrayal as Maynard G Krebs on the cult classic The many Loves Of Dobie Gillis, Denver became on of the most recognisable, and possibly one of the best loved television icons of the 20th century, becoming as recognisable as Lucille Ball. After appearing in a little known television show named Gilligan's Island, Denver exploded onto the screen in a ground breaking western named Dusty's trail. Dusty's Trail ran September the 11th, 1973 to March 12th, 1974 . Created by Sherwood Schwartz (who also gave us suc
Post a Comment
Read more 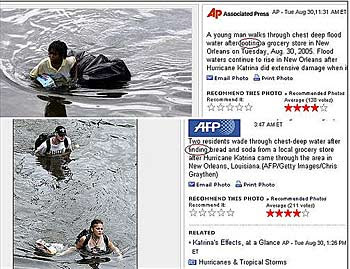 It's bad business. Pure and simple. The hurricane that went through New Orleans has turned the town into one large hot bed of violence and fear - if you believe the media. Personally I'm amazed that everyone didn't flee when they had the chance. As for what to believe, here's two views. The first image comes from Yahoo's News Service and is captioned as such: "A young man walks through chest deep flood water after looting a grocery store in New Orleans on Tuesday, Aug. 30, 2005. Flood waters continue to rise in New Orleans after Hurricane Katrina did extensive damage when it made landfall on Monday. (AP Photo/Dave Martin) " The second image refers to the white people who 'found' their supplies. Yahoo News removed the second image shortly after posting it because people apparantly found it offensive. You tell me what the difference is. Personally I find the top photo far more offensive than the bottom one. So remember kiddies, it's onl
Post a Comment
Read more
More posts