Showing posts from June, 2005
Show All

My all time favourite childhood pet, although I didn't fully realise it at the time. Tabatha, funnily enough wasn't named Tabatha because she was a Tabby, we named her after Samantha's daughter in Bewitched. She used to love leaping up onto her hind legs in order to get cheese - of all things. I've never met a cat yet who's been able to do the same. She was a very patient cat, far more patient with four growing lads than you'd ever expect a cat to be. Eventually she grew old and frail, but carried herself with a regal air. One morning she was gone. We discovered later that time had caught up with her and she found a nice tree to hide under and passed onto where ever cats go when they go - probably to some cat heaven that resembles ancient Egypt. Now this one ain't a pet, but it's the kind of thing that Tabatha loved to capture and devour. And power to her. Bloody rat with wings.
Post a comment
Read more

Sale Of The Century

June 21, 2005
So the latest media whine is the deal that Douglas Wood has cut with Channel 10 to tell his story. The deal was signed off on late last night and this morning we woke up to hear two cretins on Channel 7's Sunrise programme asking 'serious' questions as to if Wood should be forced to pay back part of what he's earning to the Government for his rescue, or donate the profits to charity. Then they announced how much Wood is getting: $400,000. Now the interesting thing with this is that they're wrong on all accounts. First off Wood isn't getting $400,000, it's more in the region of $150-200,000 and the idiots at Channel 7 know that. It was funny listening and watching the hyprocrits on Sunrise bitching about Wood. I'd bet the entire amount he got that if Today Tonight had snared the exclusive they'd be defending it to the cows came home. If I were Douglas Wood then the first thing I'd have done once I touched down at that first press conference
Post a comment
Read more

Don't see it myself - I've just spent the last hour scanning comic books for an article I'm writing on spec and watching Senate Question Time on channel 2. At least there's something to watch, but the reality is that if the best looking creature on the TV screen is Kate Lundy then you're not doing too badly. After all I'd not throw her out of bed to get to this alien that's been bashed by the Ugly Forest... Eewwwww, politicians aren't getting much better looking. I think the thought of nokie with Amanda is enough to turn any man gay.
Post a comment
Read more

June 14, 2005
Finally winter has arrived. At least the garden might now stop looking like, and having the consistancy of, a dust bowl. It needs a good soaking, but then so do the crops out on the plains. Today's talk surrounds the Jackson trial and his 'not guilty' verdict. Personally I don't know if he did it or not, but for the time being the courts have said he didn't do anyhting wrong and that's that. What bothers me the most about the whole thing is the fact that no-one has confronted the parents of the children that Jackson supposedly molested. Odd indeed. Since the early 1990s Jackson has had a cloud hanging over him. The first time he was accused of child molestation he didn't go to trial - fair enough really as the family put the story on the auction block and Jackson bid the most amount of money. He with the deepest pockets, wins. Now after that happened, and the resulting press, you'd think that the last thing you'd do is allow your children
Post a comment
Read more 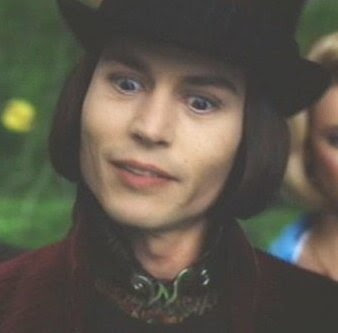 Call me odd, but doesn't Johnny Depp as Willy Wonka look disturbingly like Michael Jackson? Still, as far as I'm concerned, and as much as I enjoy watching Johnny Depp (Pirates Of The Caribbean is an absolute classic - especially if you've ever met Keith Richards) there'll always be only one, true Willy Wonka. I think I'll wait for the new on to appear on DVD...
Post a comment
Read more
More posts