Showing posts from May, 2005
Show All

Physically... 1934 - 2005 In our memories... forever. That's two in as many weeks. One I knew, but not well enough, and the other I knew through a television set. Both have had an impact with their passing and both will be sadly missed. The worst part of Kennedy's passing is that it's allowed the Human Maggot to re-emerge trying to raise his profile and ratings. Sadly for the Maggot, Graham Kennedy had more class in his little fingernail than Hinch will ever have in his life. From what people tell me these days Hinch is a sad, bitter, twisted and lonely old man - he deserves that and more. The funniest part? After he made his untrue comments about Kennedy he got attacked from all corners - as he so richly deserved. Like all bullies instead of recanting and admitting he lied he then screamed about how it was painful and upsetting that people were being hostile. But then that's why the guy has been sacked from every television station in Australia and quite a
Post a Comment
Read more

May 26, 2005
Alan Jones and myself talking Ginger Meggs this morning , again on 2GB . Slowly the word is getting around and getting heard. Hopefully there'll be some good news in the very near future. In the meantime the Sydney Morning Herald's online site has a pile of letters from people asking about Meggs. You'll have to scroll down a bit but they're there. Just goes to show that people do care and do want Australian comics in Australian newspapers - not American comics and Su Doku.
Post a Comment
Read more

Some people might remember the fuss that we managed to create last year about Ginger Meggs . In a nutshell the Sunday Mail here in Adelaide decided to drop Ginger Meggs along with other Australian created strips from it's comic pages in favour for American created and owned strips. The bulk of those strips appeared to be product placement strips - Simpsons, Scooby Doo for example, both promiting cartoons on the Fox run Nickelodeon channel, and Fox are owned by News Ltd, who also own the Sunday Mail. For those who are interested there's an excellent write up here . That link takes you to the official InkSpot site, but you can read the write up here as a standard html link. I've also posted a portion of my interview with 5AN - be warned it's not the smallest file in the world, it comes in at just under 5megs. If I may say so, it's worth a listen. Sadly I can't find the last 6 minutes or so, but you'll get the gist. So where does this lead us? Last night I
Post a Comment
Read more

Michael Netzer took a basic image/idea from me and made it into something very, very special. It's been up on Michael's site for a few days now, so it's hardly a first look, but here's a peek at the cover for the Andru/Esposito book. Michael does this kind of thing for a living, and it's an absolute honour to have him take the time to work on the cover - and in the process improve the intial idea beyond belief. Both Mark Evanier and Tony Isabella have pointed out that the Superman figure was inked by Dick Giordano , but as the book is about both Ross and Mike the figure isn't that out of place. Certainly Mike is aware of the cover and hasn't said anything negative to me about it. Anyway, as I've said to both men, if that's the only nit that can be picked out of the book then I think I'll be doing quite well. As I've more time, deadline wise (thanks to Daniel Herman and Hermes Press) I'll be able to work some more on the book - exp
Post a Comment
Read more

PARTNERS FOR LIFE: The Story of Ross Andru & Mike Esposito. The life and careers of Ross Andru and Mike Esposito is to be published by HERMES PRESS in mid 2006. Consisting of interviews, first hand conversations and artwork, the book covers every aspect of Andru and Esposito’s time in comic books, from their first ventures into self-publishing, their time spent working syndicate strips, the creation of the Metal Men (as told by Mike Esposito, Ross Andru & Bob Kanigher) and the duo’s work at virtually every comic book company in the USA, with an emphasis of their acclaimed work at DC, where they touched virtually every major character, through to Marvel where they enjoyed a ground breaking run on Amazing Spider-Man. The book is comprised mainly of interviews with Mike Esposito. Interspersed throughout the book are comments and quotes from various people, including Ross Andru, Bob Kanigher, Gil Kane, Jim Mooney and others. Commentary is provided by Daniel Best and Mike Esposi
Post a Comment
Read more

May 09, 2005
Or so the headline reads. And good on him too. Finally he's developing a set of nuts, however I wonder if, at the same time, he's going to denounce the United Kingdom and Winston Churchill with as much zeal for their part in the mass slaughter of a few million eastern Europeans who were driven across the borders and back into the arms of the Soviets immediately after World War II? Of course not. For all of Geo. Bush Jr's rhetoric he omits the fact that had Churchill not refused sanctuary to people from those countries that lay east of Germany, the death toll of the Stalinist purges would have been considerably lower. But that's not to be mentioned. Why? Simple. Revisionist history shows us that those who win wars can write their own history to suit themselves. For decades the Rape of Nanking was at times outright denied, covered up or merely downplayed by the British and Japanese governments, along with the Americans. I was taught it in school, back in year 10 in 1
Post a Comment
Read more 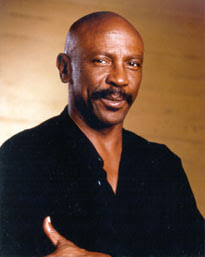 Cross this man With this man, wearing this suit And you'll get: Don't get me wrong - I adore Hot Chocolate. I think that Errol released some of the best songs of the disco era to come out of the UK - hands down, and he deserved his recent MBE. Just that, both in looks and vocally, he appears to be a hybrid of Freddie and Louis... Scary, isn't it?
Post a Comment
Read more

May 02, 2005
We've gotten to talking about Fawlty Towers, English and American comedy over at Norm Breyfogle's forum , and someone asked about the short run series shown on American TV that were 'adapted' from Fawlty. Here's my response... You've never seen Amanda's then? Tonight, when you go to bed, pray to whatever God you have and thank him for bestowing such love and devotion upon you. The premise is that some cretin at ABC thought that Fawlty Towers could be vastly improved if it was re-made with Americans - probably the same idiot who thought Robin's Nest would be better with John Ritter. Anyway, they took the FT scripts and rather than leaving enough alone they again 'improved' them. Basil Fawlty became Amanda Cartwright and as such John Cleese became Bea Arthur. They also introduced some new characters, including a banker who kept trying to foreclose on the property, thus making Bea look kinda sympathetic - I'd say that was mistake numbe
Post a Comment
Read more
More posts