Jack Kirby and The Art Of Theft 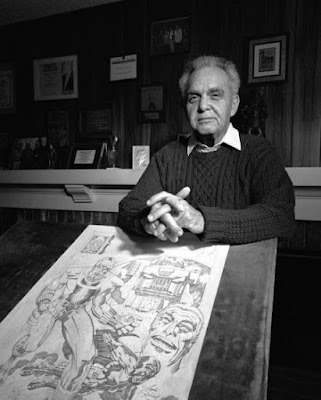 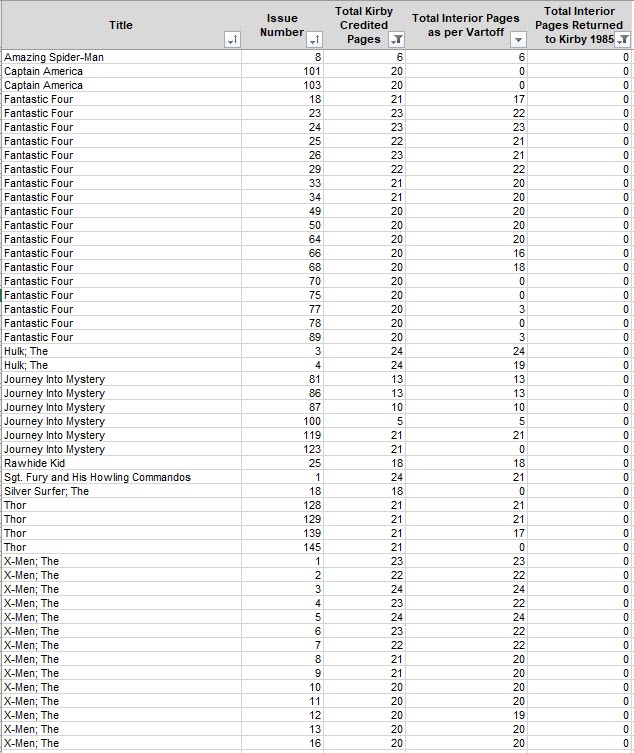 If you have art from those issues, it's provenance is clouded. 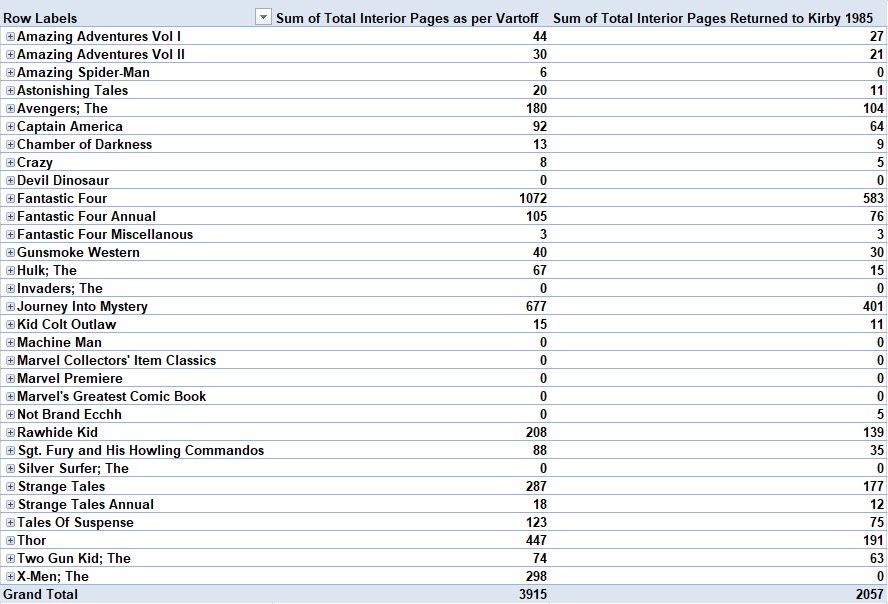 Table Two. This table shows the breakdown, by title, of the book and pages of the Vartanoff inventory and the 1985 inventory. NOTE: Pages listed with a zero entry in Vartanoff
were covers. 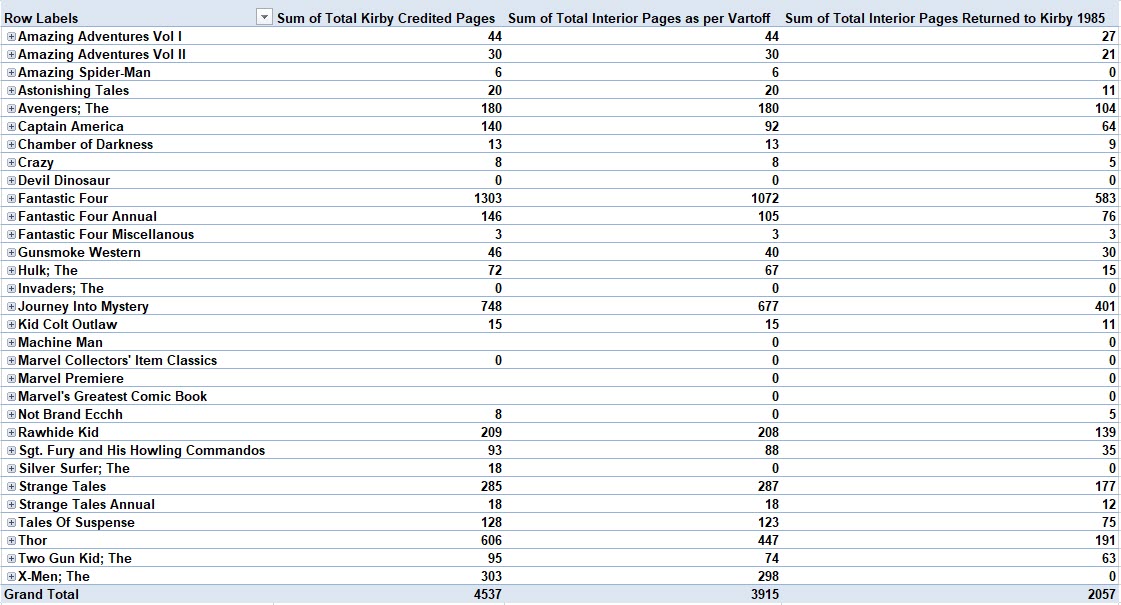 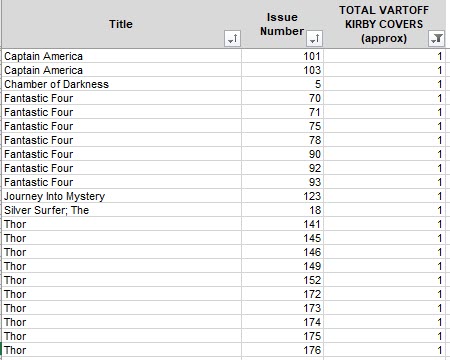 Table Four. The Kirby covers in the Vartanoff inventory 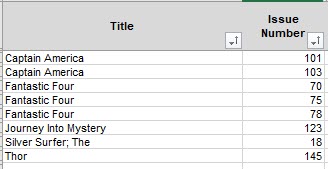 Table Five. These covers were definitely NOT returned to Kirby as per the 1985 inventory

Where does this leave us?
A few years ago the original art for the entire issue of Thor #134 came up for auction. This art was most likely stolen art. This knowledge didn't stop the sale, and it won't stop the sale of those pages in the future. 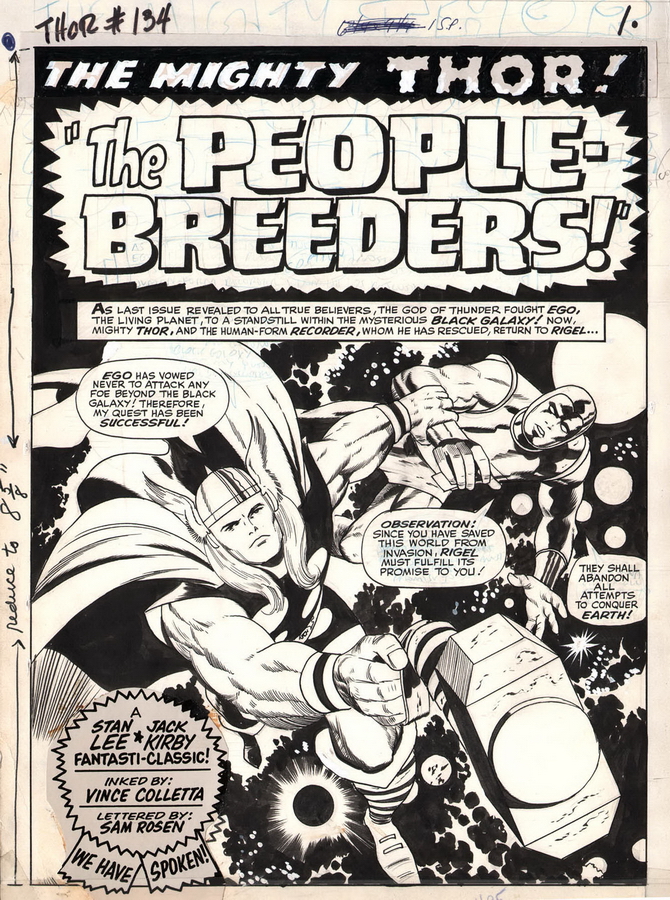 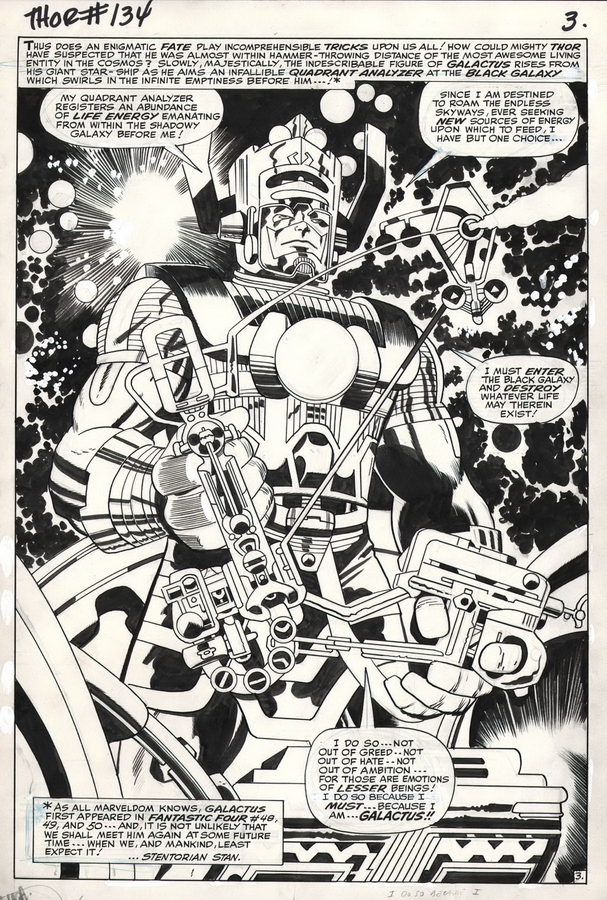 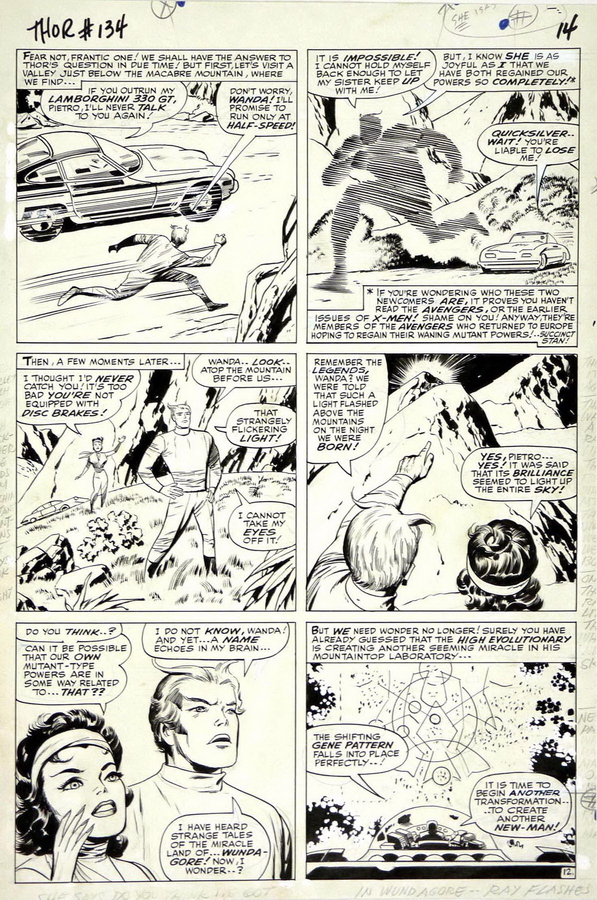 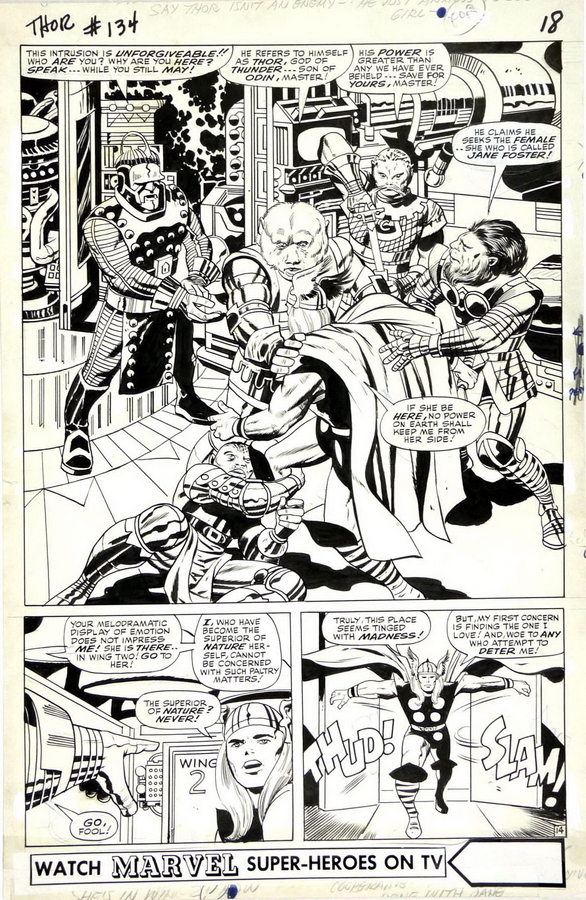 Nice pages. But would you have them on the wall knowing that they were stolen from Marvel back in the day and that Kirby never saw them again after submitting them? If the answer is yes, well, I can't help you.
More on this topic to come.

Terranova47 said…
My memory says that it was Marvel policy not to return artwork to artists as it was Marvel property. In the 1970's it was British artist Barry Smith of the Conan title that pressed to have his original art returned which included a lawsuit against Marvel.

Up until that point Jack Kirby and other artists would have accepted that if you wanted to be paid to draw comics you accepted that the company owned your work.

By the time of comic conventions beginning in the 70's artists like Kirby would produce their own posters to sell, including signing them for fans. By then they knew of Smith's protest.

Bill Gaines, founder and editor of MAD Magazine retained all original artwork so Marvel was not alone in that policy.
Tuesday, March 30, 2021 1:40:00 am