In His Own Words: Alex Toth on Jon Fury

You'd be hard pressed to find anyone in the comic book industry who hasn't heard the name Alex Toth. He was, and still remains, one of the pure geniuses that the medium has produced, and, depending on who you speak to, one of the crabbiest creators ever seen.  Personally, my correspondence with Toth, for the Andru & Esposito book, was nothing but pleasant. We talked about Australia, where Toth lived for a period in the early 1970s, and Ross Andru. It probably helped that I didn't ask him for anything, instead I sent him a copy of Bonzer as way of thanking him for replying, which, in an amazing piece of luck, arrived on his birthday. He was pleased with it and told me how emotional he'd gotten seeing the art and faces of the people he'd known and socialised with when he lived here.

As far as I'm concerned, Toth was a cool guy.

While in Sydney, in 1973, Toth kept up his correspondences with many people, including publisher Richard Kyle. Kyle was a friend of Toth and, through fandom, the pair knew many of the same people who lived in Australia, such as Stan and Reg Pitt, John Dixon, John Ryan and others. Toth would fill his letters with mundane events, lost luggage and notebooks, his dislike of Sydney and his encounters with the aforementioned and others. He also sent Kyle suggestions for his Wonderworld magazine, story ideas and write-ups that Kyle then edited down and published. on July 23, 1973, Toth sat down and fired off his memories about the short lived syndicated strip, Jon Fury, which ran in The Tokyo Quartermaster Depot Diary in 1955-56.

Kyle edited down Toth's memories and published them in 1973, and they appeared again in The Art of Alex Toth in 1977.  After going through a large trove of original Toth letters that I recently bought, I found the original letter that Toth sent to Kyle.

Without any further ado, I present to you, for, I hope, the first time anywhere in it's original, unedited format and in Toth's own hand (but I'm happy to stand corrected), Alex Toth writing about Jon Fury. 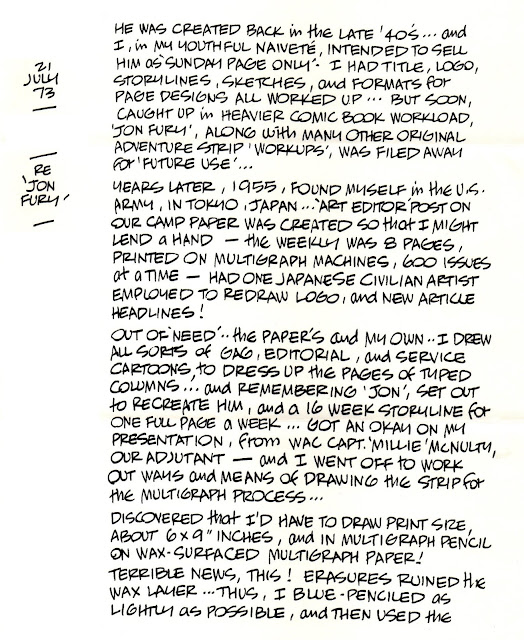 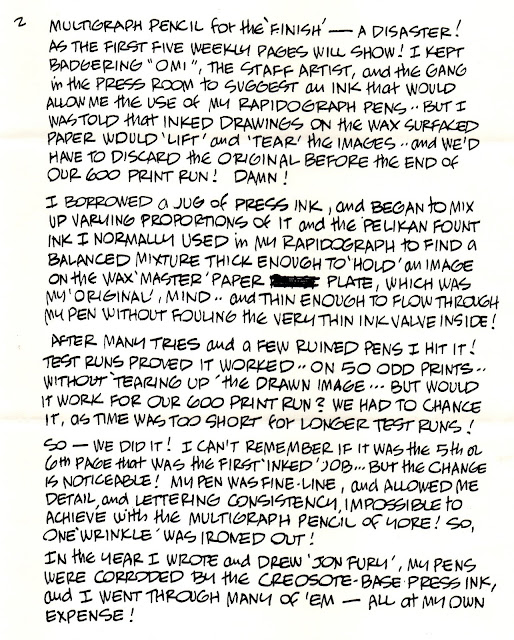 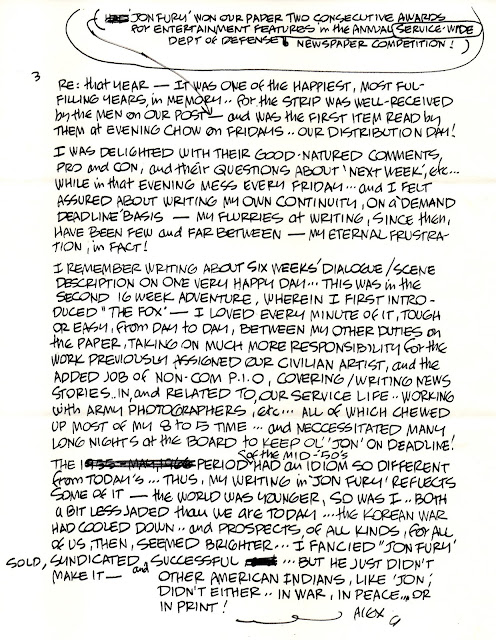 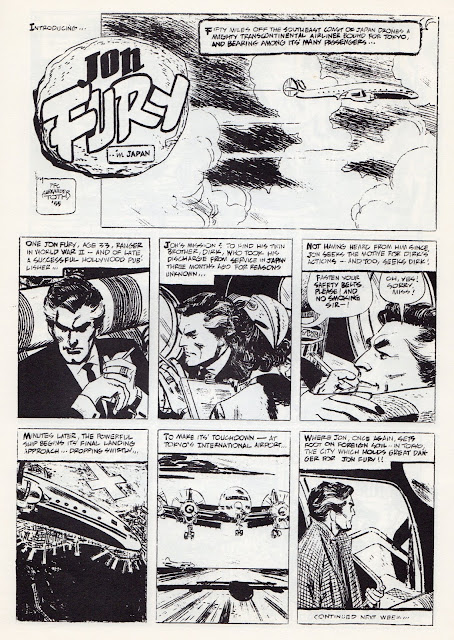 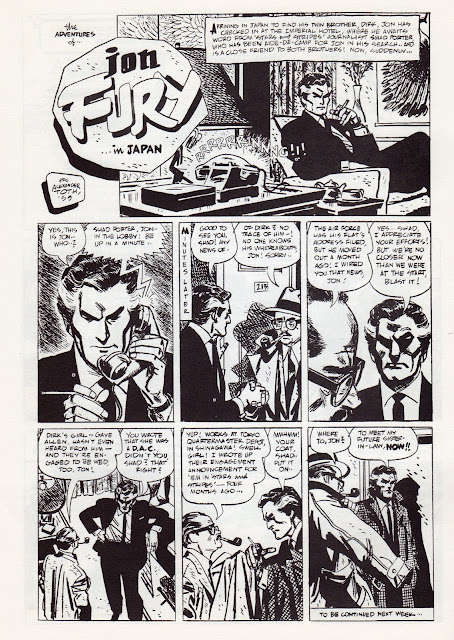 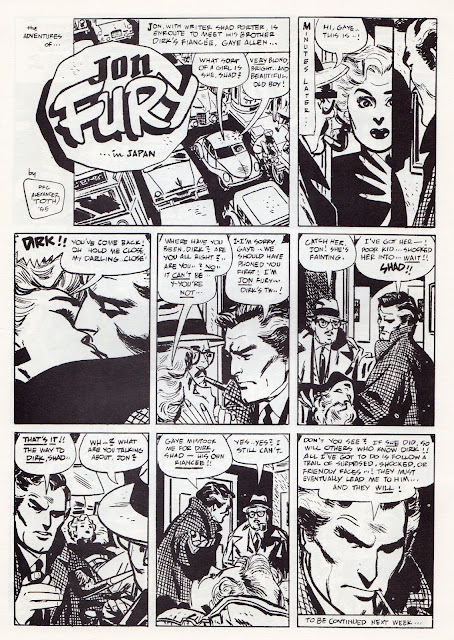