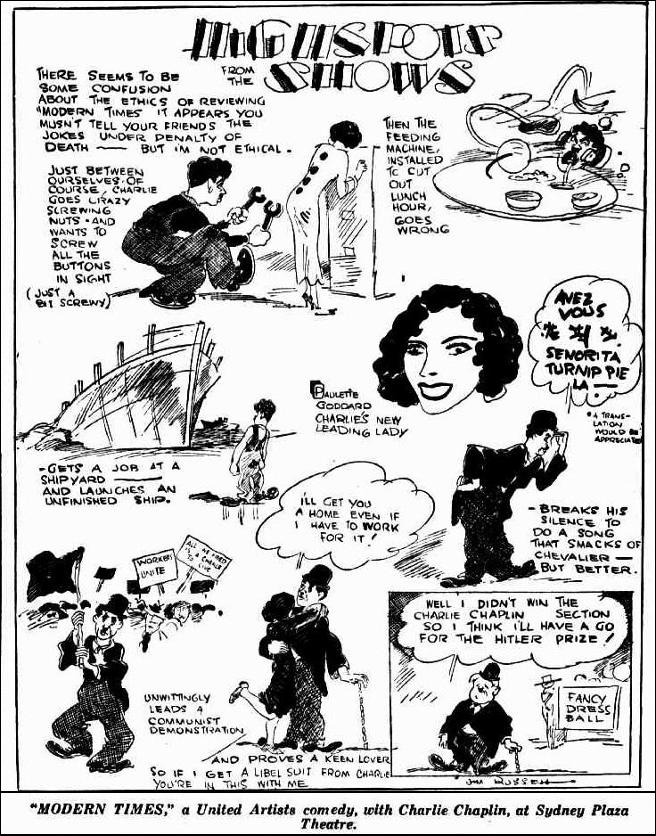 If I have to tell you who Jim Russell was then it's like you don't know me at all.  Again, from the late, lamented Smith's Weekly, via Trove, comes this brilliant study of Charlie Chaplin, drawn to commemorate the release of the film Modern Times.

It's very odd now, looking back to the late-1930s, to think that Chaplin was considered a communist and an enemy of America. This was due, in part, to the themes that Chaplin was exploring in his films Modern Times, and The Great Dictator, and also because he was very publicly advocating assistance to the Russians in their fight against Germany in WWII. But then, in the 1930s, and through to the 1940s, many prominent, famous and (later) legendary Americans, true, red white and blue blooded flag waving Americans, such as Charles Lindbergh and Henry Ford, were out and out Nazis who were advocating the entry of America into WWII - but on Hitler's side.


Not that people like being reminded of that now. After WWII, the attacks…
1 comment
Location: Adelaide SA, Australia
Read more
More posts