Basil Gogos: A Celebration Of A Famous Monster

September 15, 2017
Growing up in Elizabeth, which is a fair distance away from Adelaide, the capitol of South Australia, I'd scour second hand shops and newsagents for my reading material every Saturday morning, rain and shine.  I'd buy almost everything I could find that grabbed my interest - the local library would sell their old books for a whopping five to ten cents each, and the Elizabeth South Secondhand Shop would sell me magazines and comics for around ten cents too - lots of Marvel and DC Comics, Gredowns, Yaffa reprints, Newton Comics - you name it, I devoured it.  One magazine that always caught my eye was Famous Monsters of Filmland.  I'm one of those rare creatures who thought Forrest Ackerman's prose was a bit, shall we say, redundant when it came to the amazing images that populated the magazine, and the incredible covers that the book featured.  Even the ads were great.

Over the years I lost all of my collection, but as I've grown older and money isn't either as tight, or as important, as it once was, I've managed to buy some of the magazines that enthralled me as a youth, and have found that they still enthral me now.  The cover art that adorned Famous Monsters was the selling point for me.  I'd buy an issue based solely on what was on the cover, hang the contents, and by doing this I became exposed to the art of Basil Gogos, Ken Kelly, Vic Prezio, Dan Adkins and Albert Nuetzell, not to mention some great interior art by Wally Wood, Jack Davis and Basil Wolverton - still three of my all time favourite artists of any era.  Basil Gogos was painting these covers, sometimes years before I was born, and as I move towards my dream of owning the first 100 issues of the magazine, I know that a large reason behind my drive are his amazing covers.

Now Basil Gogos is gone.  I feel sad, and my condolences, of course, go out to Basil's loved ones, his family and close friends, but I feel that, no matter what, my life was enriched by him, through the covers that captured my imagination over forty years ago, and still make me happy today.

Instead of taking images from all over the internet, I've decided to post all the issues of Famous Monsters that I own, and have scanned, that feature Basil Gogos's incredible artwork.  Not all of them are mint condition, some are held together by tape, have lose covers, pages falling out of them, have tears in them and they've all been read.  But they are mine, warts and all (and a couple were once owned by Stephen R Bissette - how cool is that!  I know!). 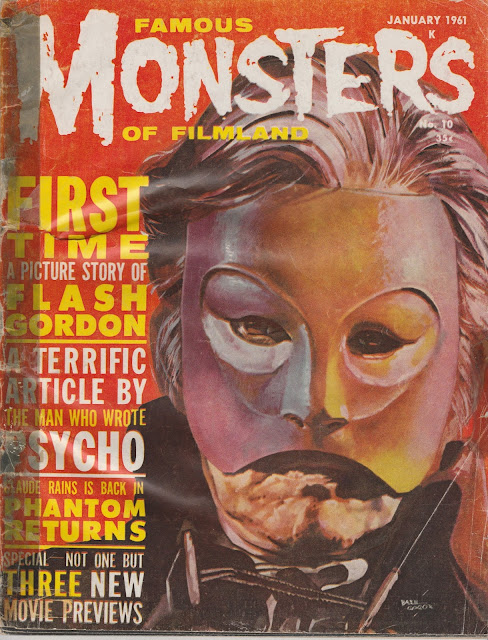 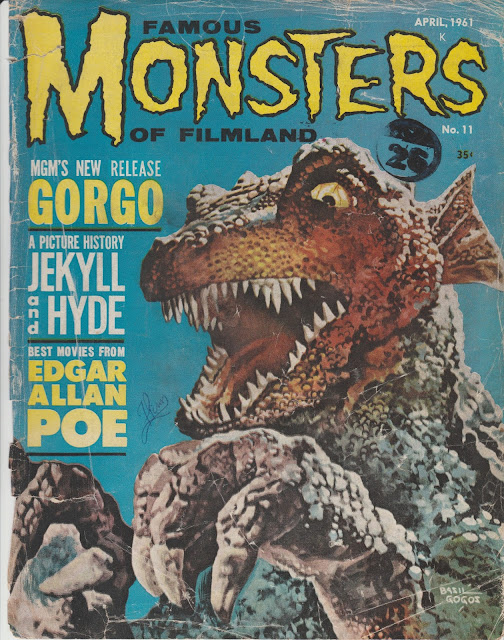 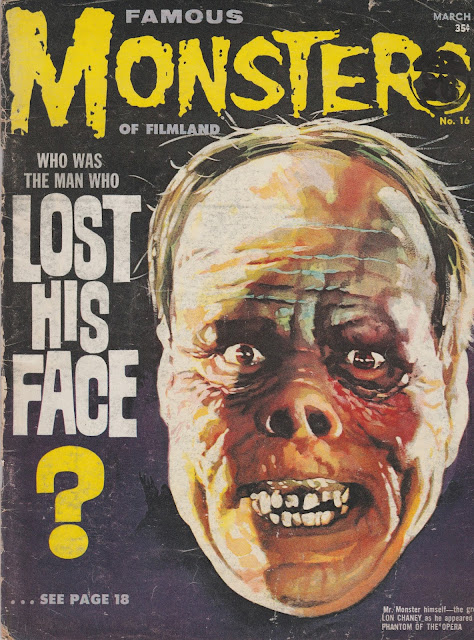 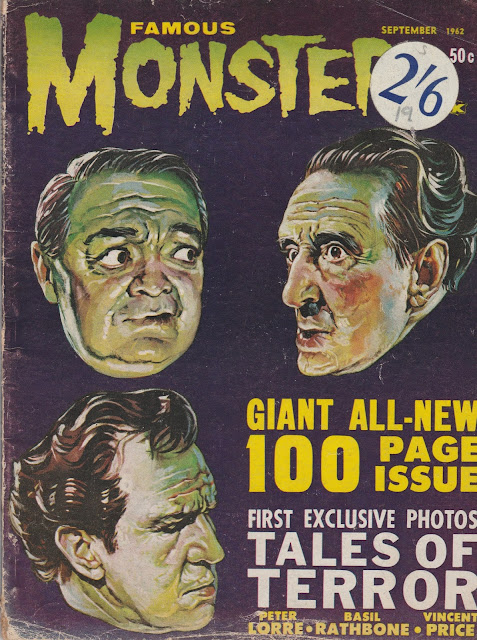 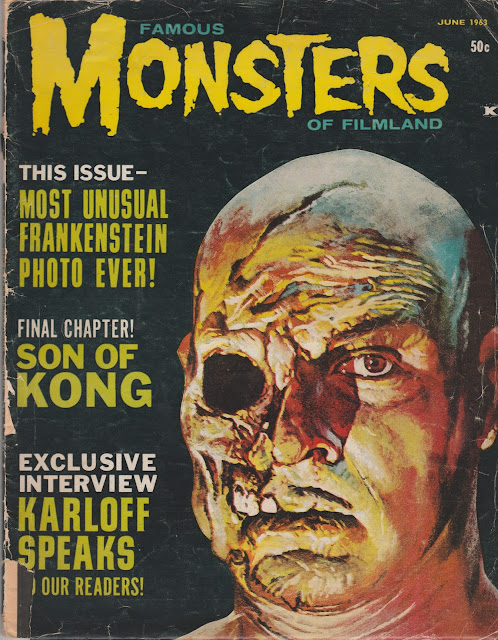 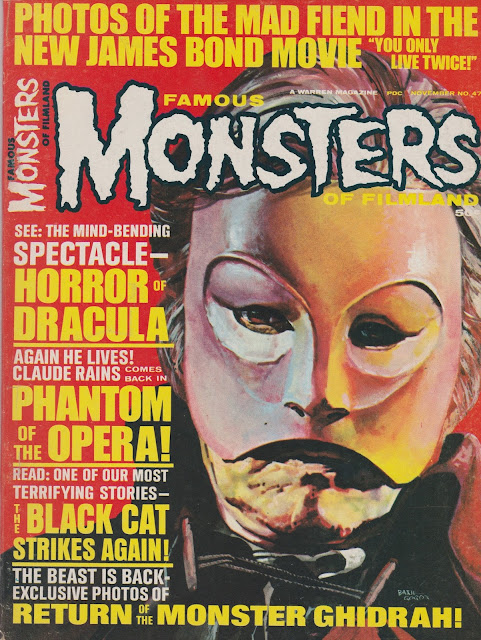 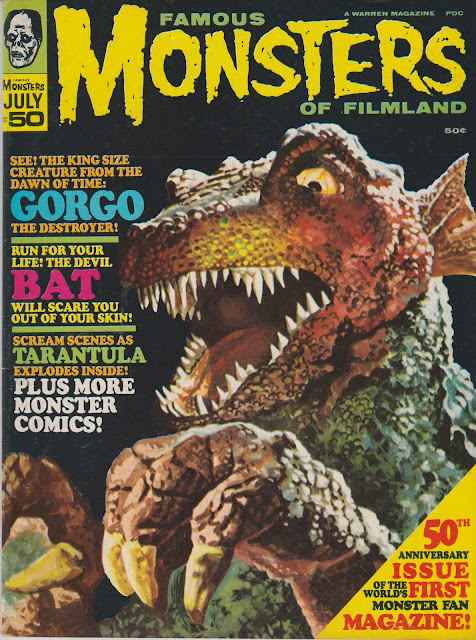 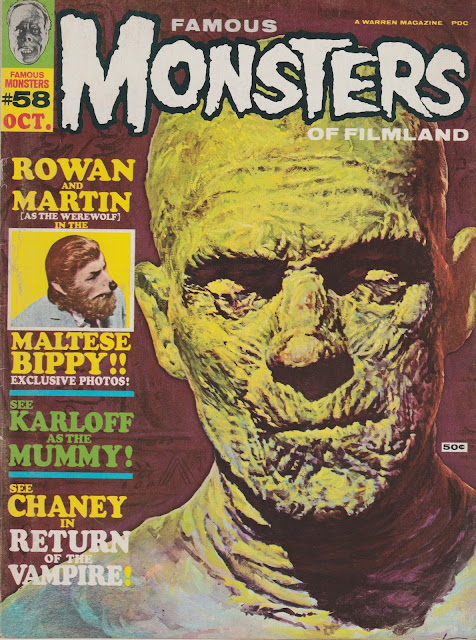 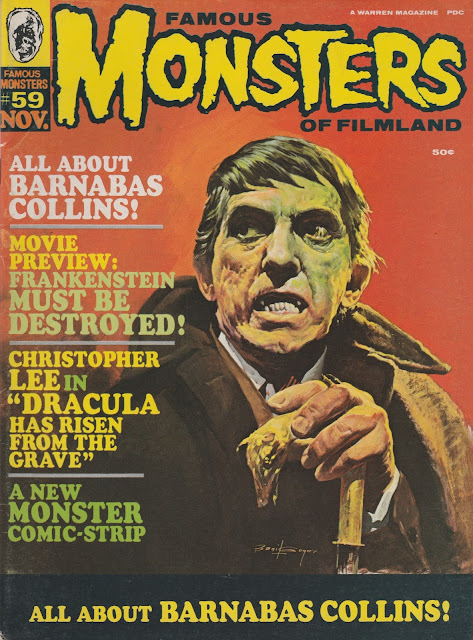 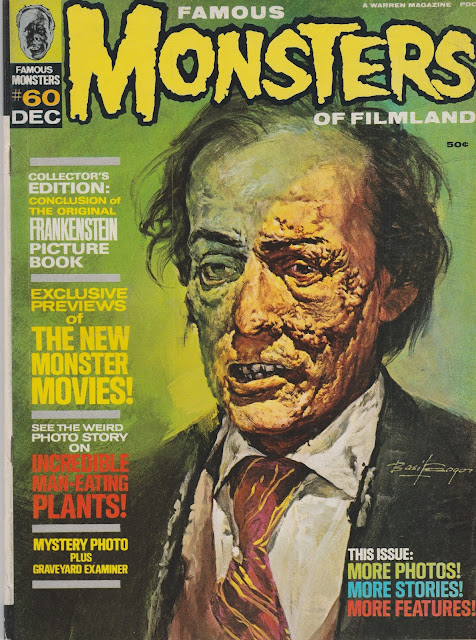 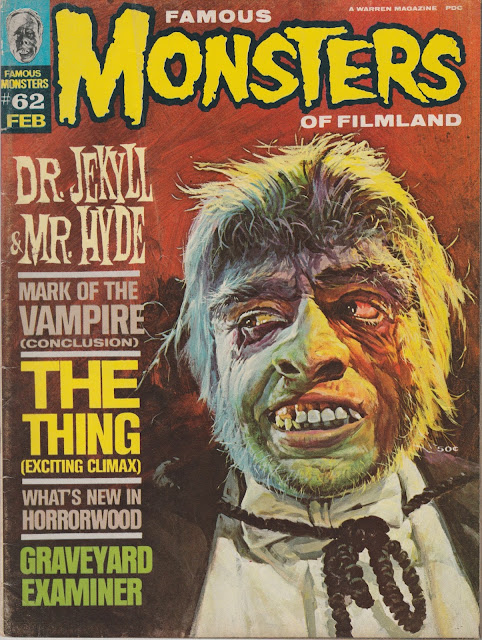 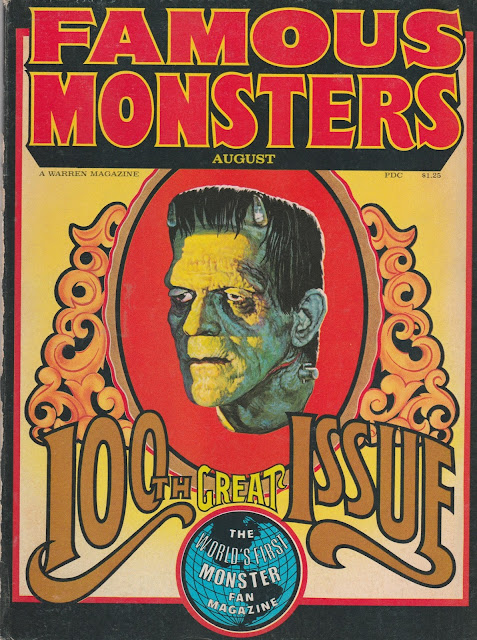 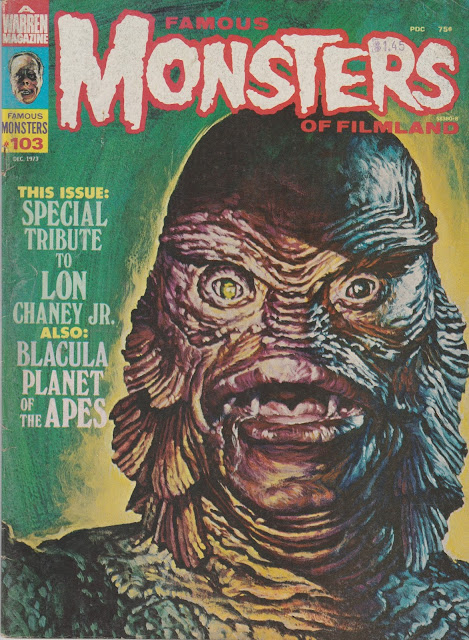 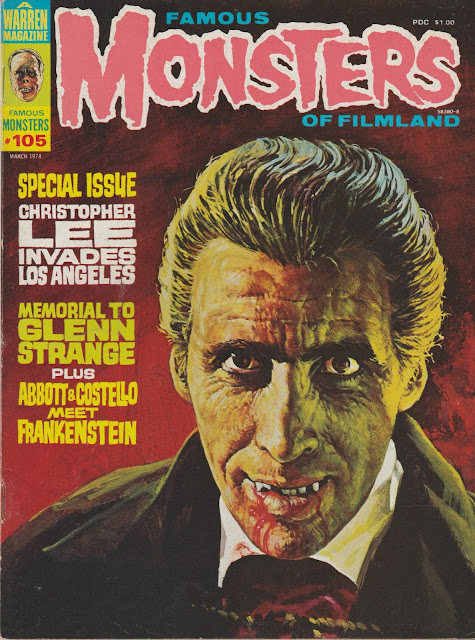 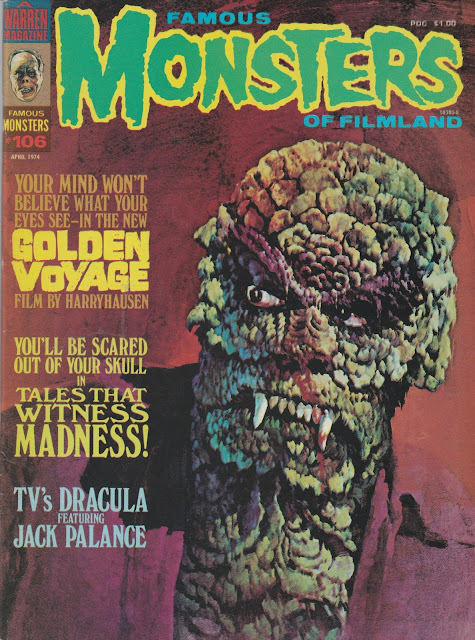 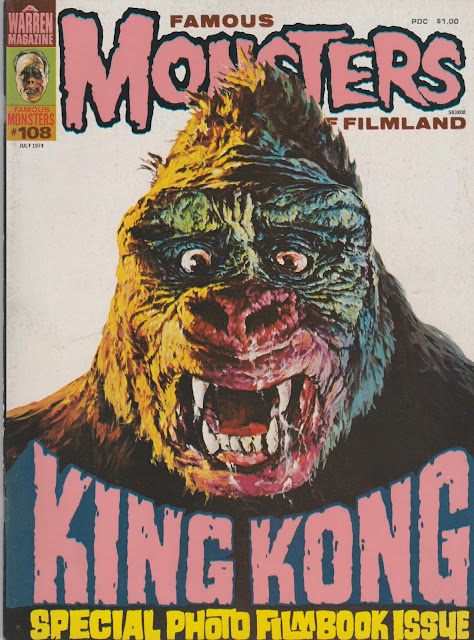 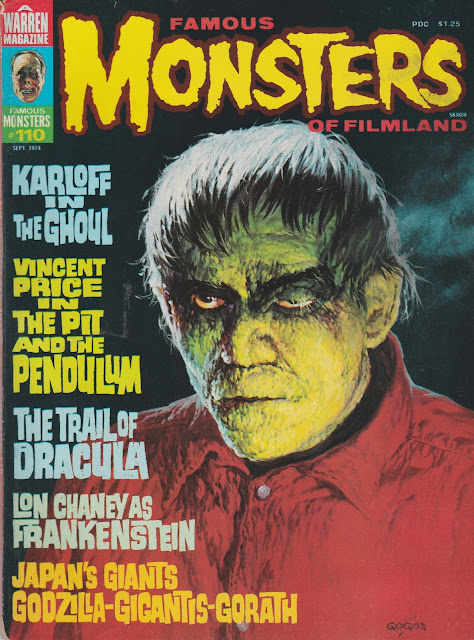 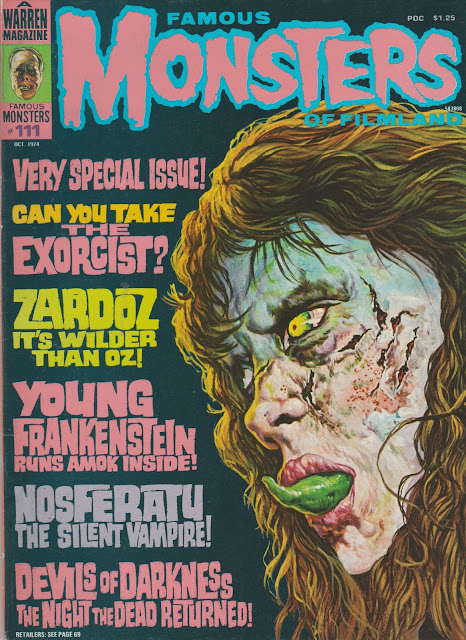 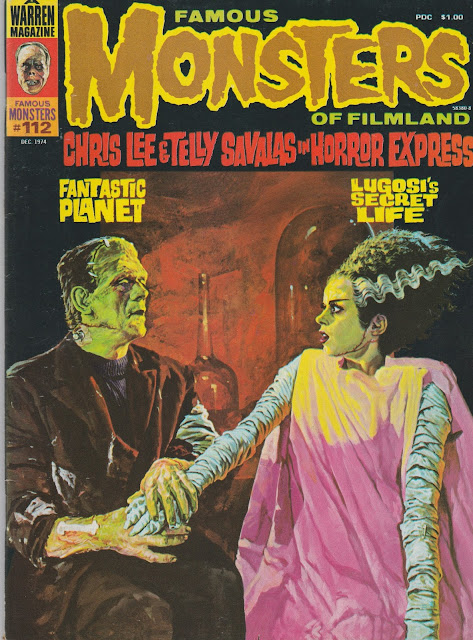 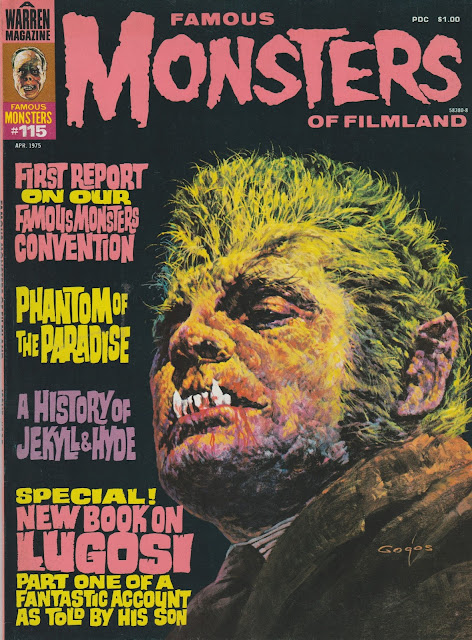 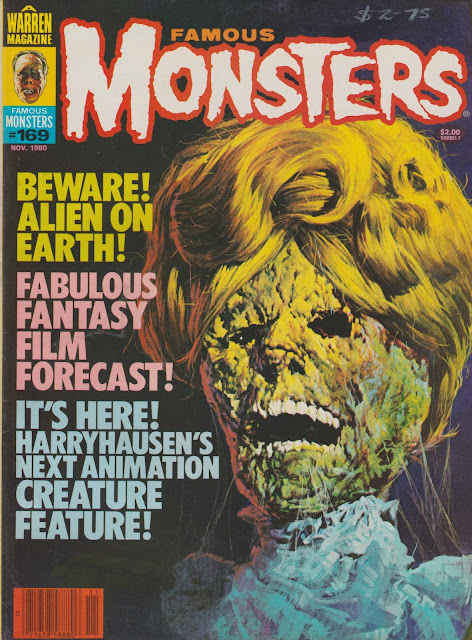 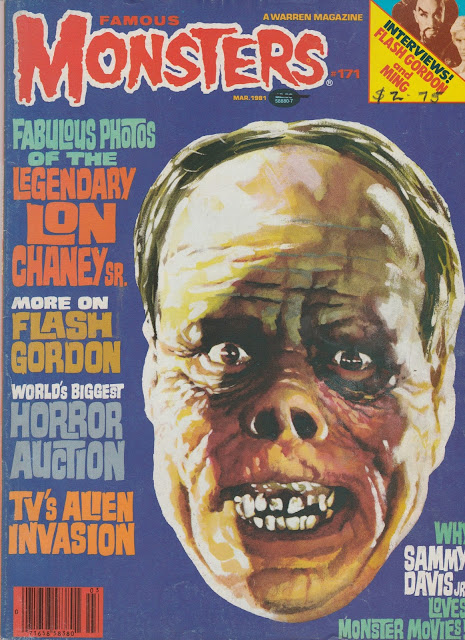 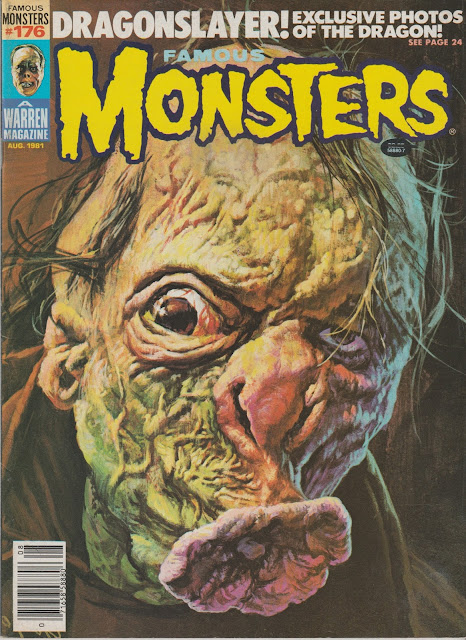 Rest easy Basil Gogos.  You are an immortal now.

And thank you, Forrest J Ackerman, Jim Warren and everyone else connected to Famous Monsters of Filmland, both gone and still with us, for making a child become interested enough to seek out books on films, which has resulted in a man now writing books on the same films.  But, remember Forry, if it wasn't for the artists like Basil Gogos and his peers, I'd probably never have bought them.