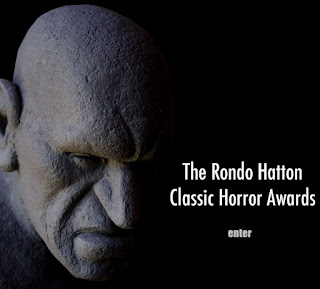 So, here's the deal. Last year I decided to step back from writing about comic book related stuff and change direction. I moved into writing about horror movies, their history in Australia and the impact that they had upon our society as a whole - with a focus on censorship, what was released where and when and how it was promoted and seen within our young nation.

My first series, published in Monster looked at the history Frankenstein, tracing it from the very first stage performances in Tasmania in the early 1800s through to the movies and it's resurgence on television in the late 1960s and the early 1970s. I covered a lot of ground and uncovered a lot of information that, frankly, hadn't been reported anywhere before in regards to the original Karloff movie being banned for twenty one years in South Australia, censorship issues that Bride encountered and the many issues that the films came up against trying to get onto television. Along the way I was encouraged by Stephen Bissette, John Harrison and Tim Paxton, as well as my lovely wife and others, all of whom pushed me hard to get it out there and made sure my self-doubts were put to the back. 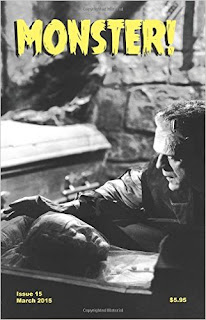 Now that series has been nominated for a Rondo Award. That is the pinnacle of horror writing, on a factual level. This is mega for me - it'd be like being nominated for an Academy Award really for acting. I am over the moon and even if I don't win (and I don't expect to) just being nominated tells me I've made the right call, writing wise, and I'll continue down this track. When I look at the names of people I've been nominated with; Tom Weaver, Steve Bissette, John Harrison, Gary Don Rhodes and many others whose well read books are on my shelves, well I have to slap myself because I'm not sure I belong in such company.

Visit the site of the Rondo Awards and vote (I'm in category 12. BEST ARTICLE). I'd like to think you'll vote for me in the category of Best Article and vote for Monster! for best publication. But the best is yet to come...wait until you see what I've uncovered now!

Spread the word! Vote for me, Stephen Bissette, John Harrison and Monster!!!

---------
Since 2002, the Rondo’s have been fandom’s only classic horror awards — decided by fans, for fans. Every nominee below is being recognized for significant work or achievement in the year 2015. So add your voice and help make a difference.

HOW TO VOTE:
–– All voting is by e-mail only. Simply copy this ballot (cut-and-paste works fine) and send an e-mail with your picks to me, David Colton, at taraco@aol.com by Sunday night at midnight, April 10, 2016.

— You can send a quick e-mail, or you can cut-and-paste the ballot and highlight your choices, or place an X next to your choices; or you can type your choices in an e-mail. And no, you do not have to vote in every category.

— One vote per person, please. Every e-mail must include your name to be counted. All votes are kept strictly confidential. No e-mail addresses or personal information will ever be shared with anyone.

— Feel free to spread the word about the Rondo voting — go social on Facebook, Twitter, Instagram; place Rondo banners on websites, urge friends and fans to vote. But please do not mass-produce or duplicate ballots; suspicious ballots will be rejected at the sole discretion of Rondo organizers. Let’s keep this a fun vote!