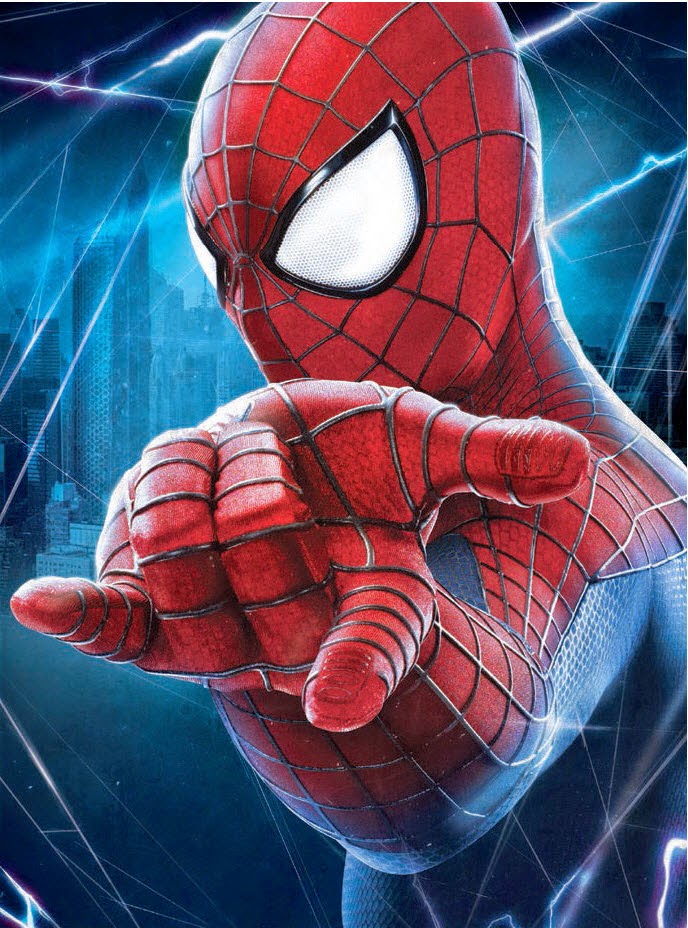 Half the planet must have visited the Sony Studios Wikileaks site over the past few days going on the sheer amount of material that is surfacing.  There’s gigabytes of material to wade through, the bulk of it is utterly mundane, boring run of the mill exchanges between people, revealing nothing of any great note, but in amongst it all is correspondence that helps explain a lot.  Such as the fact that a major film studio, which handles The Amazing Spider-Man and works with Marvel a lot, has no real idea, or respect, for the true creators of the characters they exploit and make billions from.

Here’s what we know.  At the end of January, 2014, then Sony Vice Chairman Jeff Blake fired an email off to a group of senior Sony exes, including then Chairperson Amy Pascal, about his dinner with former Disney executive and now a director at legendary Films Dick Cook who apparently had just optioned, “the entire works of Jack Kirby, an animator you might know, I don't.”  That’s right, Jack ‘King’ Kirby, a mere animator.  But it got worse. The next day, Chief Executive Michael Lynton, who clearly prides himself on his knowledge of all things comic book related, fired this pearler off to a group of Sony execs, “jack kirby a big deal, true creator of marvel along with mike ditko (sic)”.  And yes, you’ve read that right – ‘Mike Ditko’, who Lynton probably thinks created Spider-Man.  Not Steve Ditko, but the previously unknown Mike.

The lack of respect for those in the comic book world was perfectly illustrated in a November, 2014 exchange between Studio 8’s Jeff Robinov and Amy Pascal.  After batting ideas back and forth about potential directors for future movies, including Sam Rami, who is dismissed as having, “…gone a little Joel Schumacher,” with the third Spider-Man movie, the discussion then moved to the deal that is now in place between Marvel and Sony for the use of Spider-Man.  Here’s where things get interesting.  As of November, 2014, Marvel’s plans were, and presumably still are, for Spider-Man to be a major player in the third Captain America film, which is clearly a frustration to Sony as they have no other Marvel characters, outside of the Spider-Man universe, to play with, which means no similar superhero blockbuster for them.  Then the killer blow comes with this Jeff Robin question, “Is Stan lee still coherent?  Can he add another character to spider world to Kosher it.”

Sony has been dealing with Stan Lee for decades now.  He’s appeared in every Spider-Man movie and is listed as an executive producer.  But, in the halls of Sony, he’s just a senile old man.

And speaking of superhero team-ups, the plan, according to X-Men producer Simon Kinberg, as relayed to the Sony executives, is for an eventual X-Men/Fantastic Four film, with the forthcoming Fantastic Four movie and the next X-Men film, The Age Of Apocalypse, both laying the groundwork for that epic. 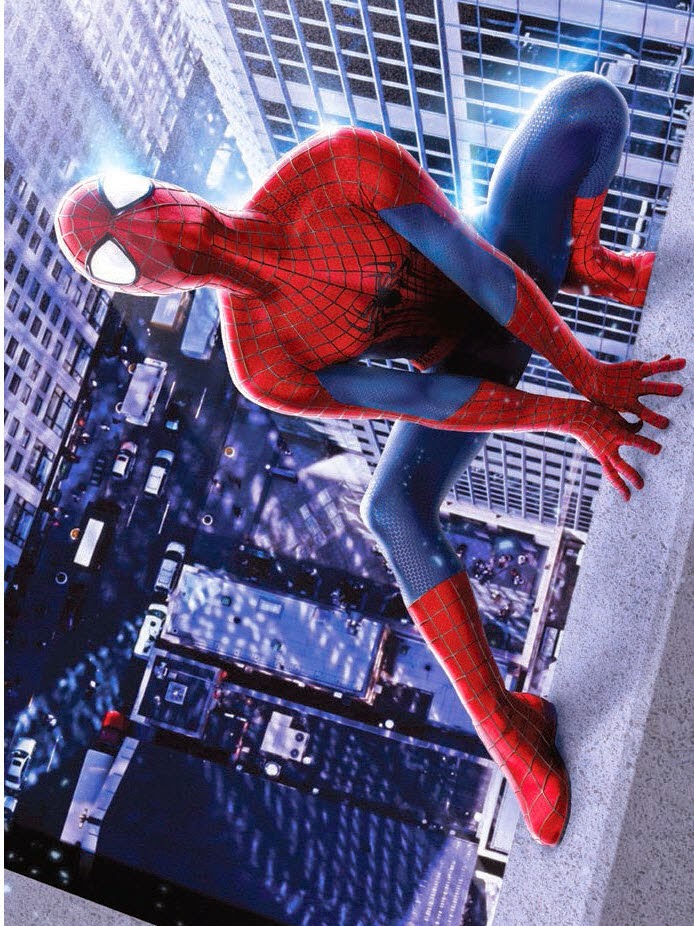 From    O'Connor, Rachel
To        Pascal, Amy
Re:
Man of steel?
Yeh. I thought that the zak snyder photographed superman in a very iconic way that they were able to turn into an epic and kind of evocative marketing campaign. But it is humorless and long and jumbled. The final action is ridiculous -- more people were probably killed by collateral damage cause by superman than he saved. Daily planet tag reminds you that the best part of dick donner movie was him having to pretend that he was doofus.

From: Pascal, Amy
To: O'Connor, Rachel
Subject: Re:
Stupid planet is awful

From: Pascal, Amy
To: O'Connor, Rachel
Re:
They keep going back there
And ny looks like the same color scheme
I'm getting sick of theses movies

So, next time you see a superhero movie, or read an interview and wonder why the original creators are being ignored and shut out, now you know. It's nothing personal, the executives most likely don't know, nor do they care to know.

Bill Peschel said…
How wrong are they about Stan Lee? I ask this seriously, since it seems like he hasn't gotten a respected project off the ground since the original Marvel characters? If he's done something else, fill us in, please.
Tuesday, April 21, 2015 12:07:00 am

(For those of you not into American football, Mike Ditka is a U.S.-famous football player and coach, and the likely source of confusion here.)
Tuesday, April 21, 2015 1:40:00 am

Barry Pearl said…
First I am a big fan of Stan Lee but I fear that this will sound negative. Frankly, Stan is in his 90s and I have had many relatives near or at that age. Honestly, they are just not as sharp as they used to be. I have heard Stan recently speak at conventions and he is very good when he's prepared and rehearsed. Off-the-cuff, he's not so sharp. He is totally aware of his environment but I'm afraid it is time to give him a break.in my emails with him he forgets a lot of the artists and other creative people who work with. He speaks in general terms and does not really remember very specific details. I'm just glad he still with us
Tuesday, April 21, 2015 5:43:00 am

Daniel Best said…
@Bill - Stan is coherant. Simple as that. For a 90 year old guy, he foes alright. As for his creative abilities, he's still out there. I'm the first to admit that a lot of what he does isn't the greatest, but hey - he's still hanging in there and doing a lot more than most.

The main aspect of the post was to illustrate the utter lack of respect that movie executives have for old school comic book creators. These guys, Jack Kirby, Stan, Steve Ditko and more, created the characters that people are now making billions from. But they can't remember their names (Mike Ditko), can't remember what they did (Jack Kirby was a bit more than a mere 'animator') and insult them outright (Stan Lee).

Anonymous said…
Neal Adams used to tell a funny story about Stan's memory. He said they would be together at the comic book academy of arts /society thing they were involved in during the 70s. Somebody would be walking towards Stan and he'd whisper ask Neal "who is that?" and Neal would whisper back "that's John Buscema, he's your biggest penciler."

Kid said…
Stan had a bad memory even when he was a young man 'though, so the fact that, at 93, he remembers his own reflection in the mirror shows he's still pretty coherent. Of course, movie studios have seldom had any real respect for those who make them millions, so their lack of respect for (or even informed knowledge of) comic creators is hardly surprising to me.
Wednesday, April 22, 2015 8:11:00 am

Michael Hill said…
Lee never had a bad memory... it was a cover story. Dan, I'm not sure what respect the creators aren't getting when Kirby is described as the true creator of Marvel and Lee is dismissed. Someone at Sony has their facts straight.
Saturday, May 30, 2015 3:58:00 am