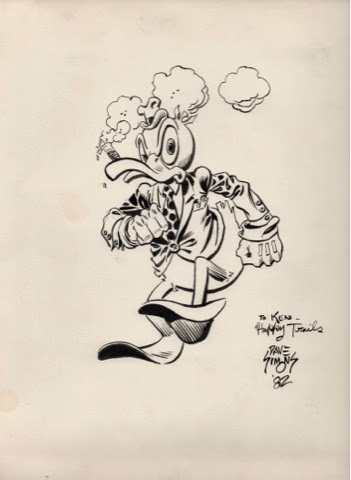 Flowing on from last week when I stated that Dave was as fine an inker as he was because he was a better penciller than most of the people he inked, I felt it only right to show a prime example.

Ole Howard there is Dave Simons pencils and inks from 1982.  This was a convention style sketch and you can easily see Dave's skills.  The pencils are just fine, the inks are even better.  This was done at a time when Dave was establishing himself at Marvel as a inker of note.  And it still looks great.
Back over to you.  If anyone out there has a Dave Simons sketch they want to showcase, then send me the scan and the details and up it'll go.
NEXT WEEK: Dave Draws The FF...More Than Once