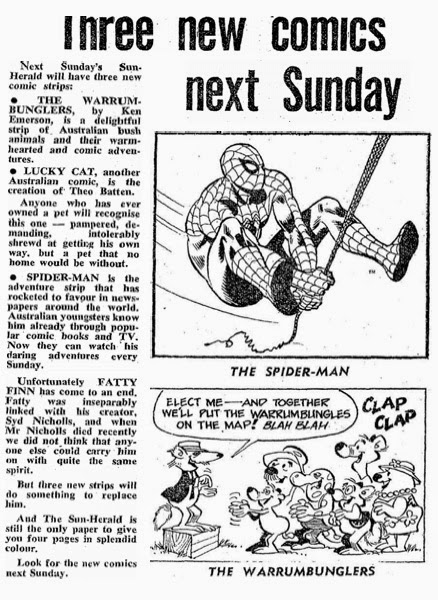 In the history of Australian comic books and cartoons the date July 10th, 1977 is a milestone that nobody really knows about.  So, what happened on that day?   Simply put its the day that an era ended for good.

Syd Nicholls, the creator of Fatty Finn, Middy Malone, was a pioneer in Australian comic book and cartoon history.  Nicholls passed away on the 3rd of June, 1977 after falling from the balcony of his Potts Point apartment.  While his death didn't come as a great surprise to many who knew him as he was showing signs of depression in the months leading up to June, mainly due to his sight fading, his passing left a void in the Australian cartoon scene that has never really been filled.  Nicholls was more than just an artist, he was a respected journalist, he worked in silent movies -his Fatty Finn was made into a film titled The Kid Stakes in 1927 (Nicholls appeared in the film as himself), he was a publisher and he was a strong advocate for Australian produced comic strips, to the point of fighting with syndicates such as K.G. Murray and Yaffa, as well as the Federal Government, in order to restrict the importation and preference of foreign comic books and strips over locally produced products.  Many artists from the 1940s onwards including Monty Wedd, Keith Chatto and others, owed their careers to Syd Nicholls.  Once he passed the Australian comic scene as a viable industry, which had been sinking steadily since the mid-1960s stagnated, with a few exceptions by the likes of Gerald Carr, until the emergence of the Southern Squadron in the mid-1980s. 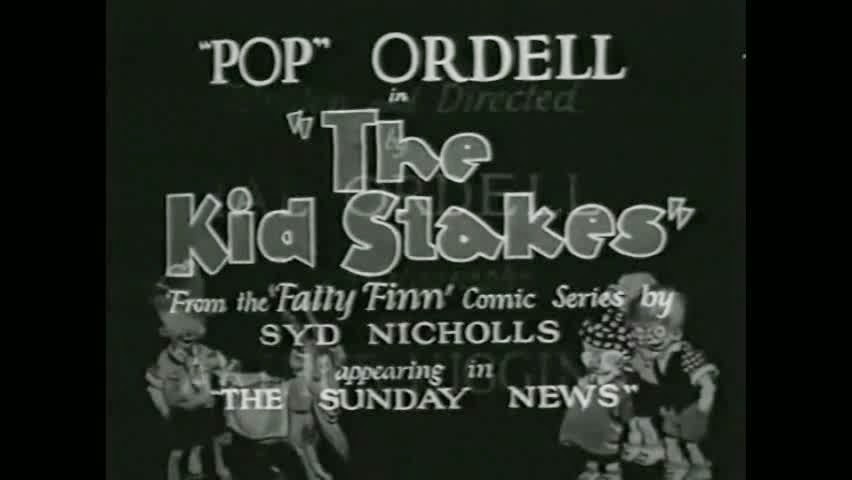 Which brings us back to the 10th of July, 1977.  On that day, a Sunday, the Sydney Morning Herald replaced Nicholls Fatty Finn strip, which had been running since 1923 for a total of 54 years, with Stan Lee and John Romita’s Spider-Man strip.  Instead of passing the strip to another Australian, as has happened with Ginger Meggs since Jimmy Bancks passed away, the choice was made to end Fatty Finn and replace it as a flagship strip with the one thing that would have horrified Nicholls – an American strip.  The only solace was that two Australian strips were introduced; Ken Emerson’s The Warrumbunglers and Theo Batten’s Lucky Cat (and more on Lucky Cat and Theo Batten in the coming weeks).

Fatty wouldn't have been happy. 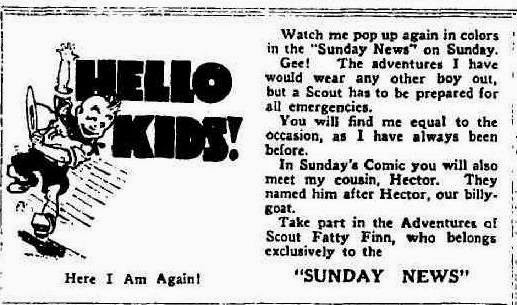