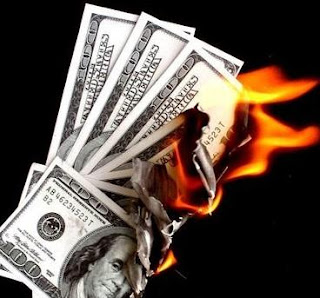 The cheering you can hear on both sides of the Atlantic is the cheering of Todd McFarlane finally coming out of bankruptcy.  However it did come at a decent cost though, as court documents show that he paid out $1,100,000 as part of the Neil Gaiman settlement – however it’s not entirely clear how much of this money went to Gaiman and how much went to McFarlane’s legal team (part of the settlement saw both sides absorb their own legal fees), however it’s a good bet that the bulk went straight to Gaiman as part of the overall settlement.  In total McFarlane has paid over $2,200,000 to get himself out of the Chapter 11 bankruptcy hole that he voluntarily dug himself into back in late December 2004.  Still, the Confirmation Order that was filed back in 2008 is now been accepted – due to the resolution of the Gaiman vs McFarlane suit – and as, “…the Confirmation Order was not appealed and is now a final order….no deposits were required to be funded under the Plan…all property transfers required under the Plan have been completed…the Reorganized Debtor continues to manage its business and continue its operations as set forth in the Plan…all payments to creditors required under the Plan have been completed.  Finally, all motions and contested matters have been fully resolved by final order.  Moreover, as described in the Final Report, the Reorganized Debtor has made distributions on all allowed claims.  In summary, the Reorganized Debtor has substantially consummated the Plan, and has met all conditions to closing this chapter 11 case. Accordingly, the Reorganized Debtor respectfully submits that a final decree should be entered in this chapter 11 case.”  The court has accepted that and, on the 24th of April, duly closed the Chapter 11 case once and for all. 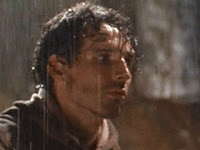 Todd McFarlane must surely be pleased to finally put this all behind him and be able to once again move forward with his life and business, and good luck to him.  After eight years sitting in bankruptcy court, he's probably earnt it. 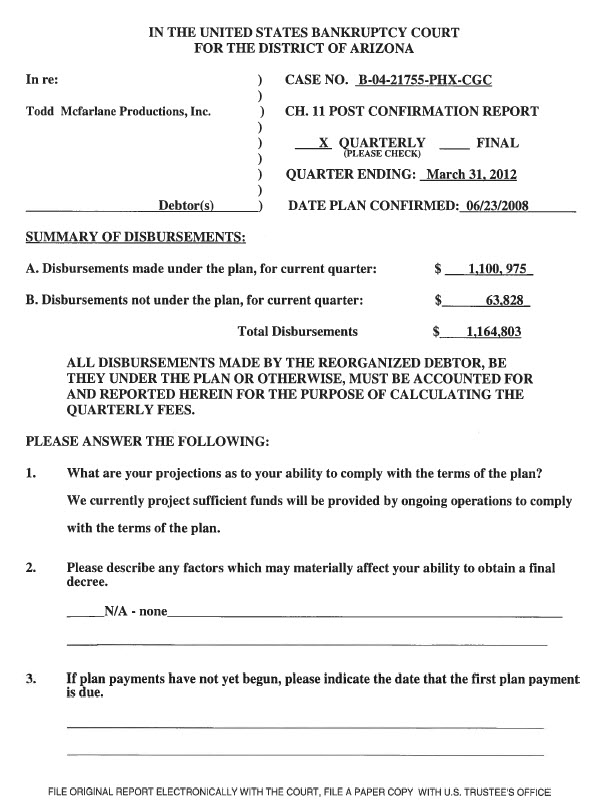 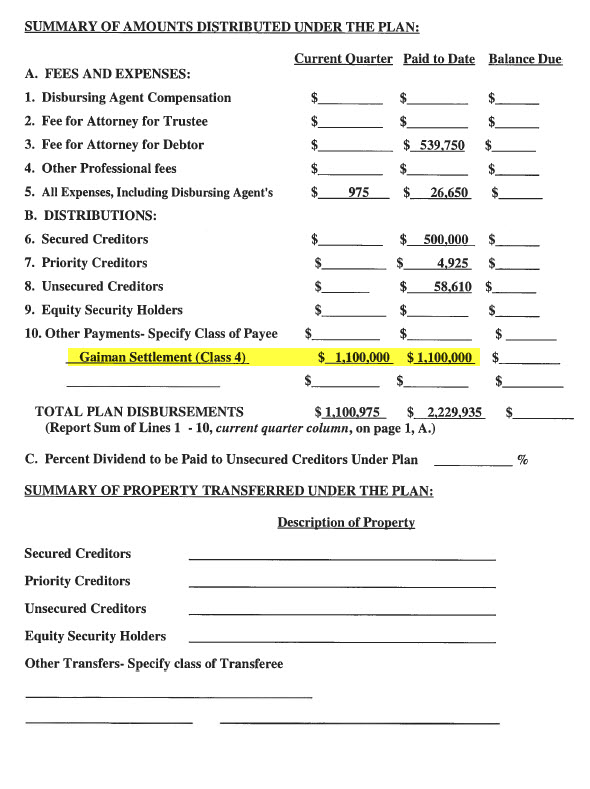 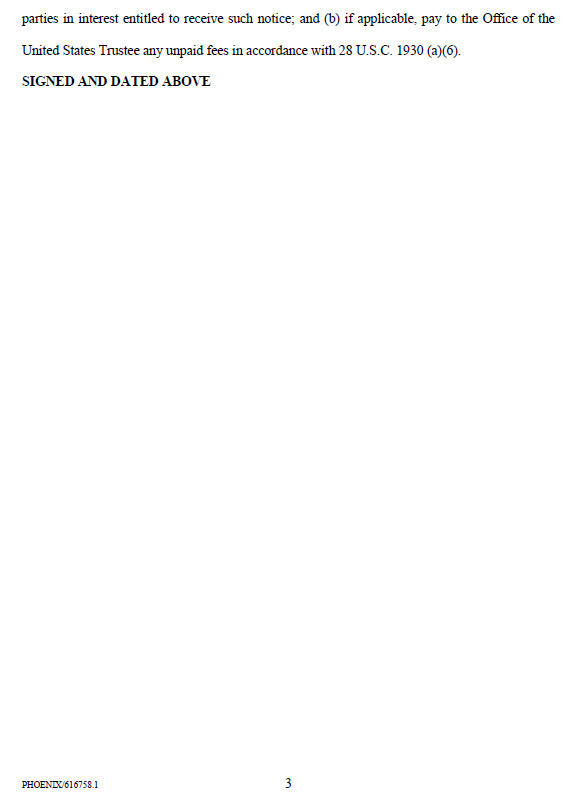 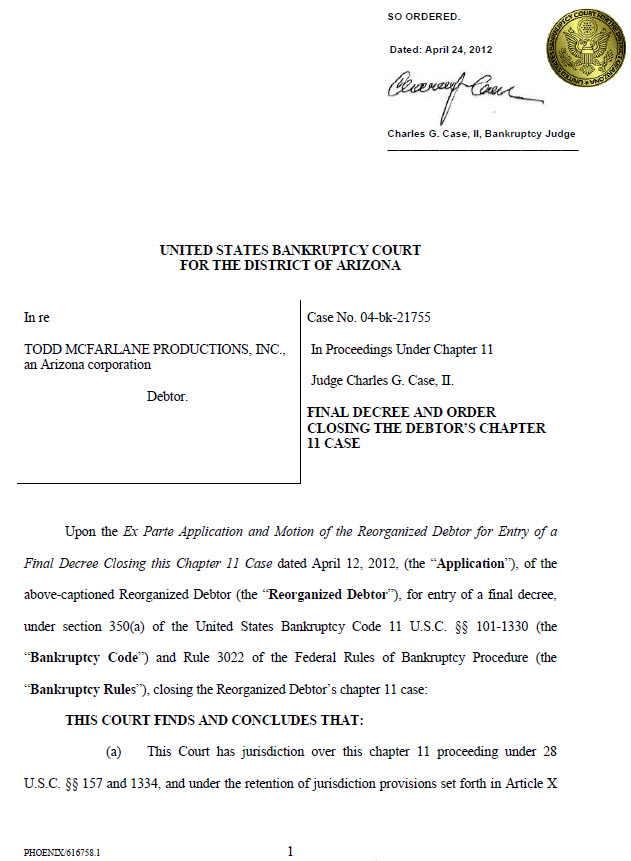 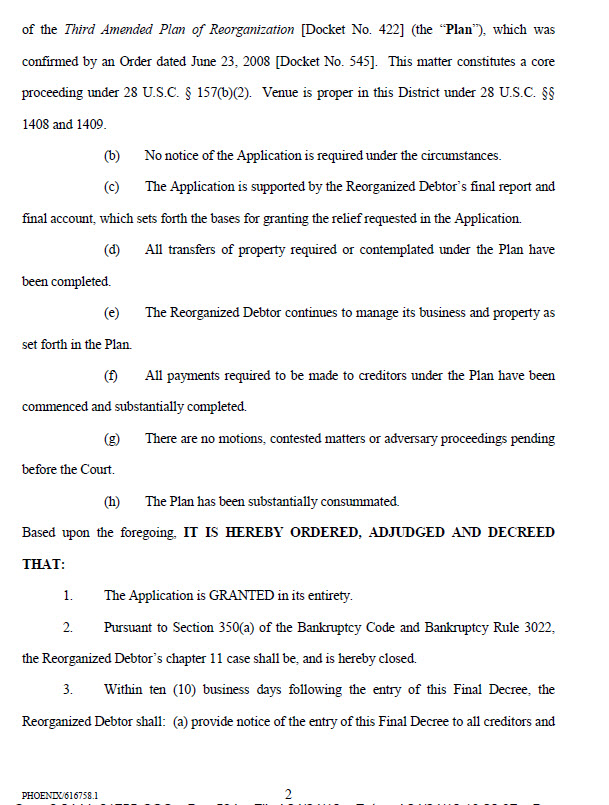 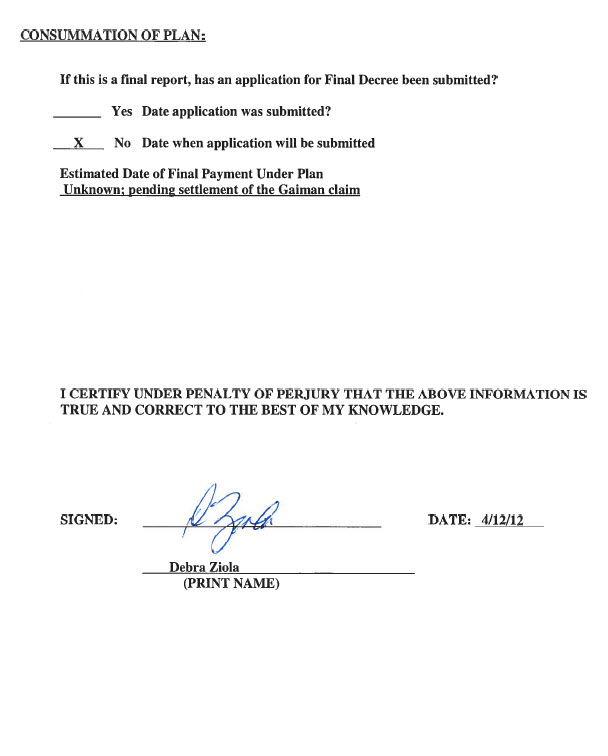