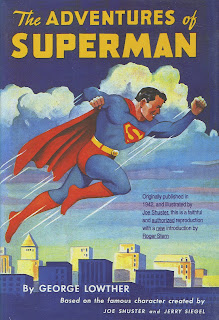 Much has been made of the so called 'Toberoff Timeline', a series of documents that were allegedly stolen from the law offices of Marc Toberoff  in 2006, by a lawyer named David Michaels, who was working for Toberoff at the time, and duly sent to the lawyers acting for D.C. Comics in their Superman case.  The documents came complee with a "cover letter, written in the form of a timeline, outlining in detail Toberoff's alleged master plan to capture Superman for himself, " which led to allegations that Toberoff had interfered with negotiations between DC and Joanne Siegel with the view of securing the Superman copyright for his own gains.  The direct result of the Timeline was DC Comics filing suit against Toberoff, and that suit is still running today, as is the original 2004 Siegel v DC Comics lawsuit.

D.C. Comics gave the allegedly stolen documents over to an outside attorney and began a quest to obtain them through discovery.  No matter what DC Comics did or said Toberoff refused to hand them over, saying the documents were protected by attorney-client privilege because they involved communication with the heirs, however, as anyone who has followed both cases will know, Toberoff has claimed attorney-client privilege on virtually every document that DC has sought to introduce, be they part of the Timeline or otherwise.   In 2008 a magistrate made a ruling which saw some of the documents, including the covering letter, introduced into the Superman trial, this ruling and discovery led to DC filing their suit against Toberoff in 2008.

Despite the theft happening in 2006, it took until DC filed suit in 2010 for Toberoff to report the theft to the U.S. Attorney's Office.  This action resulted in Toberoff supplying complete, unredacted, copies of the documents to a grand jury and as they were introduced into a court, DC moved for access to the same documents.  Toberoff naturally resisted this action, leading to this appeal.  This time the appeal has gone against Toberoff, and the most interesting aspect of the appeal ruling is the courts overview on Toberoff's business practices.  In a scathing critique of Toberoff the appellate panel stated that, "Having set his sights on Superman, Toberoff approached the heirs with an offer to manage pre-existing litigation over the rights Siegel and Shuster had ceded to D.C. Comics.  He also claimed that he would arrange for a new Superman film to be produced. To pursue these goals, Toberoff created a joint venture between the heirs and an entity he owned. Toberoff served as both a business advisor and an attorney for that venture. The ethical and professional concerns raised by Toberoff's actions will likely occur to many readers, but they are not before this court."   Read into that what you will.


What this ruling does mean is the Superman case, now entering it's eight year, appears to have no ending in sight any-time soon. 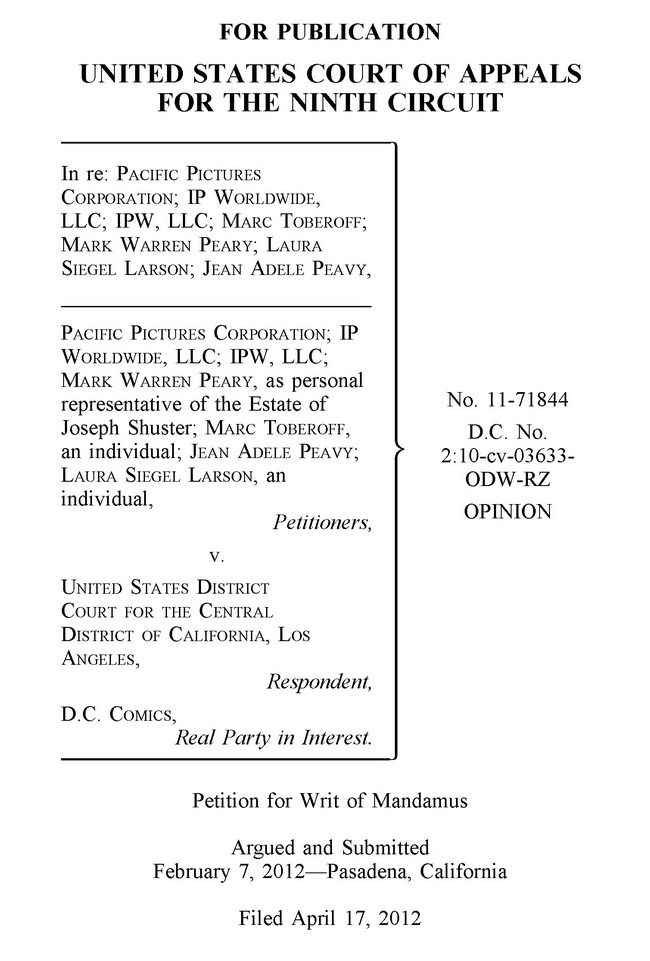 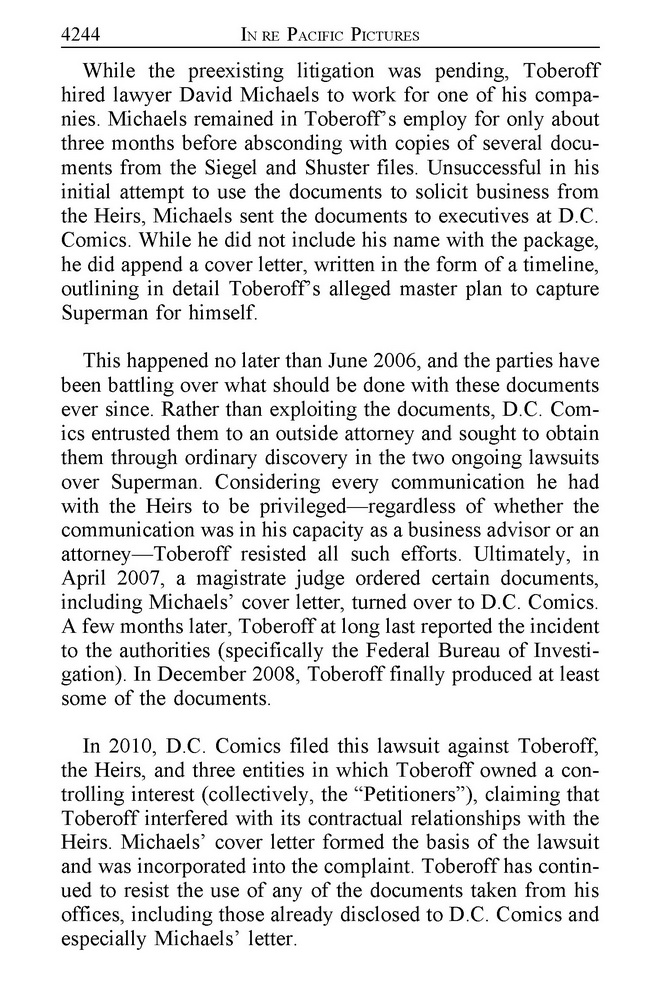 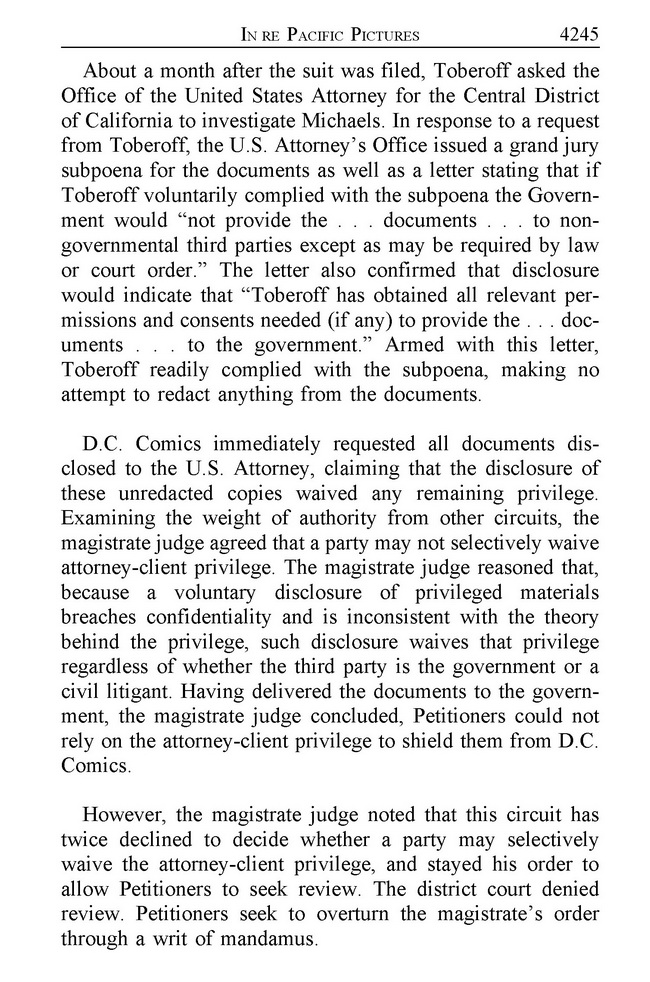 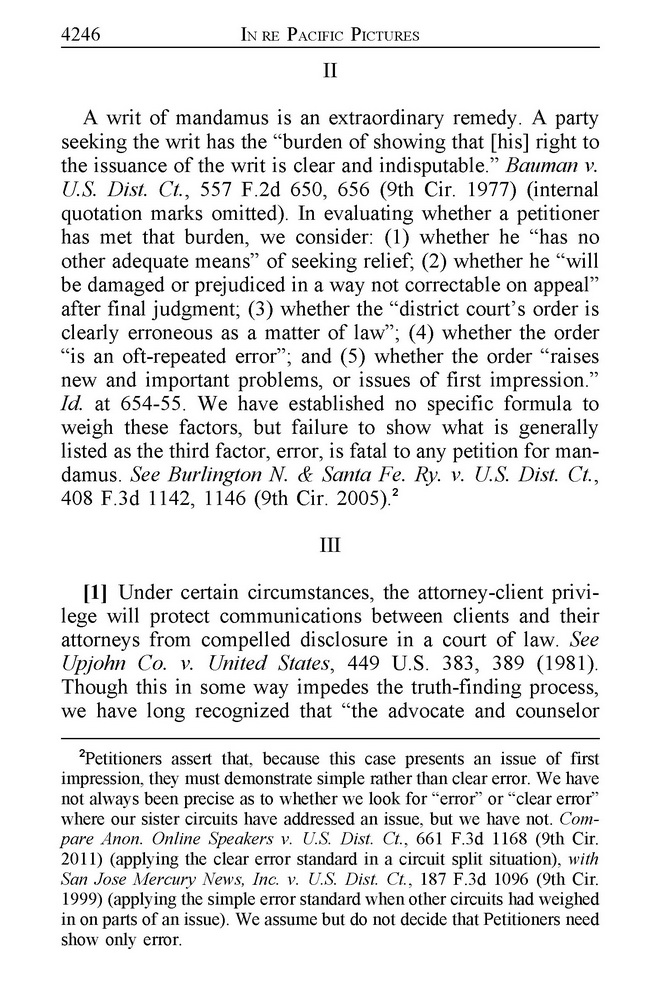 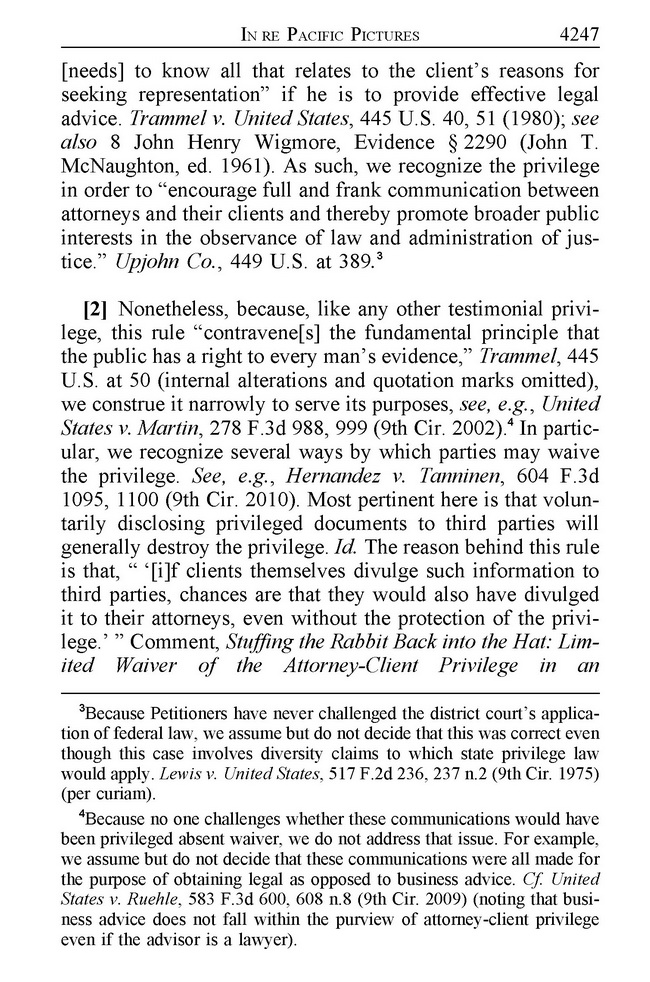 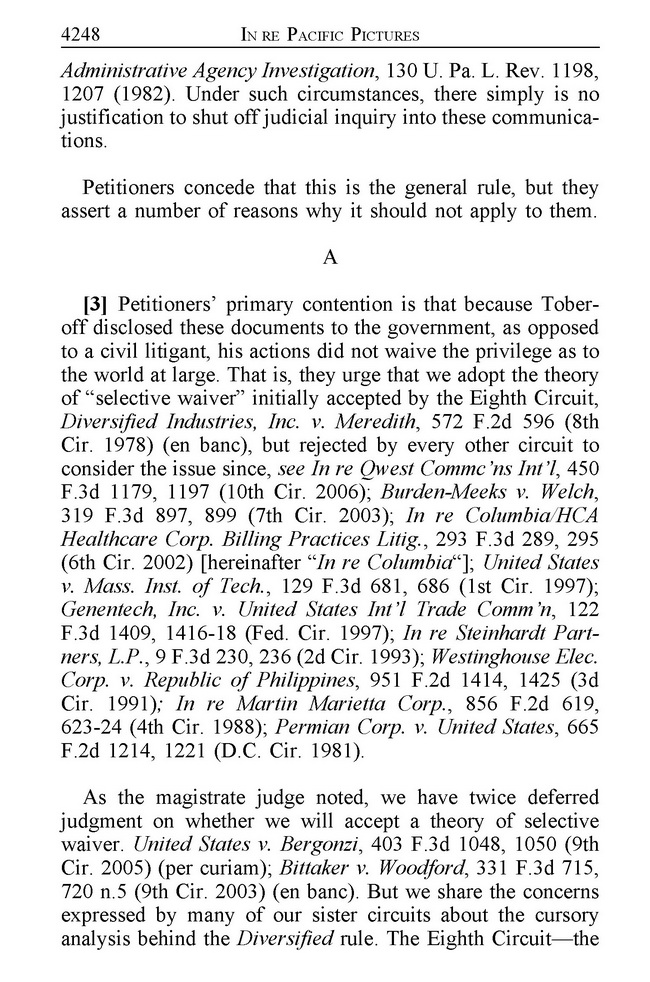 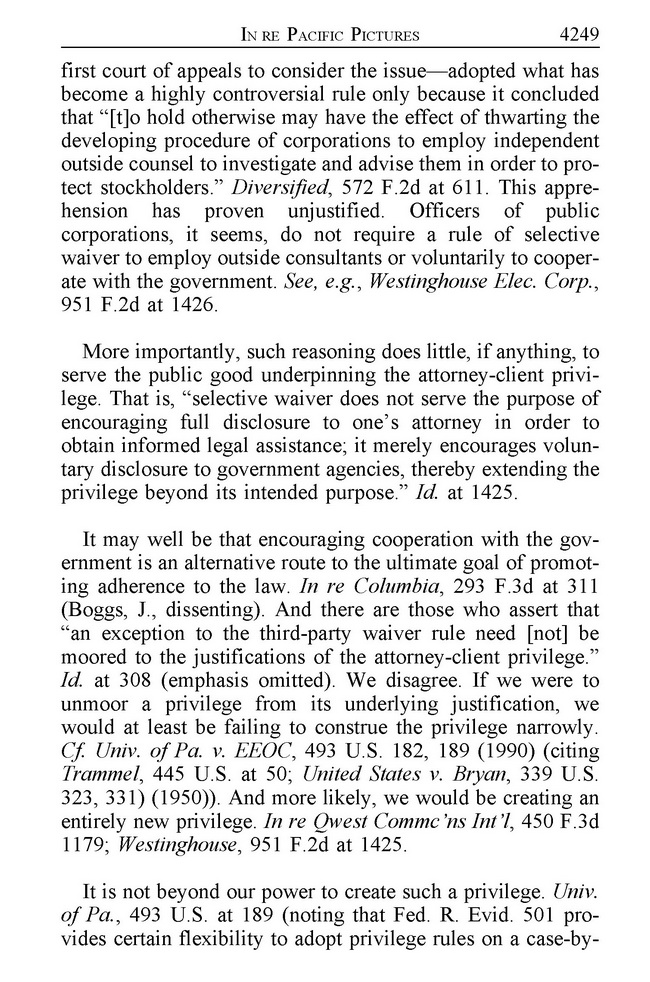 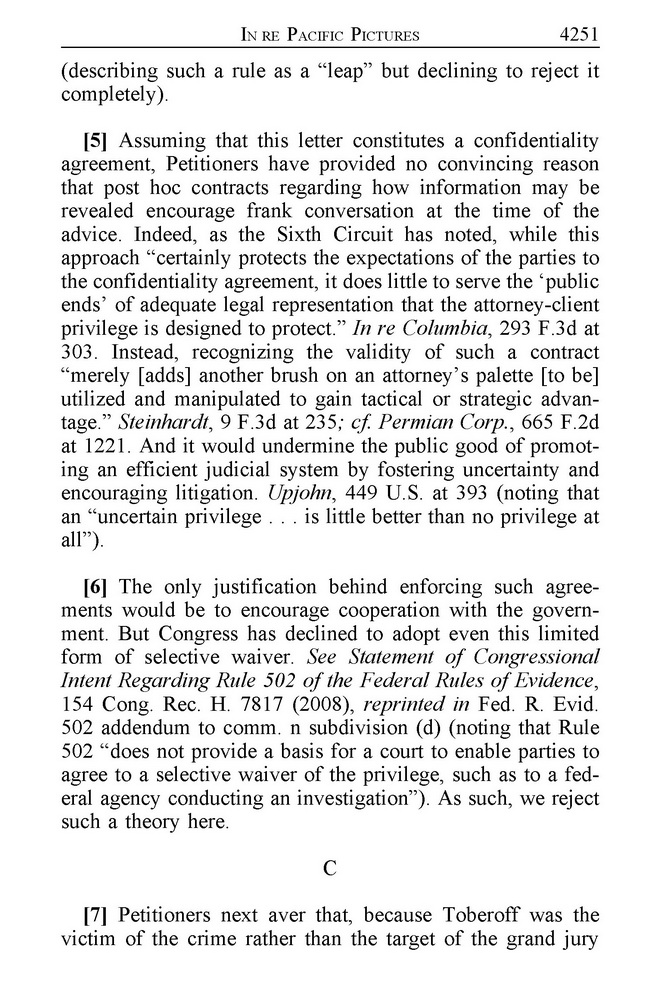 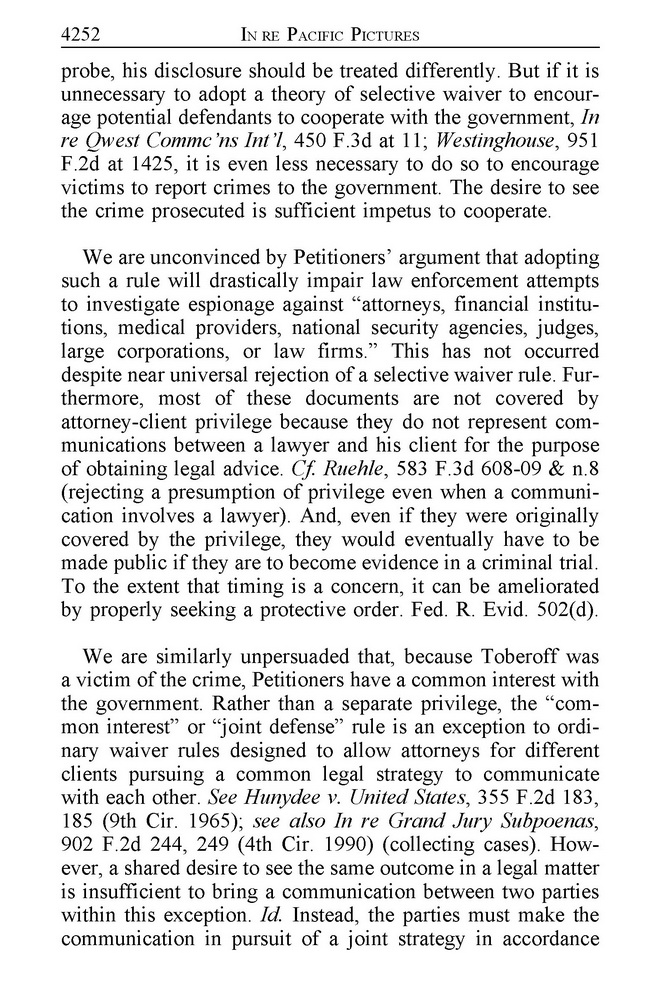 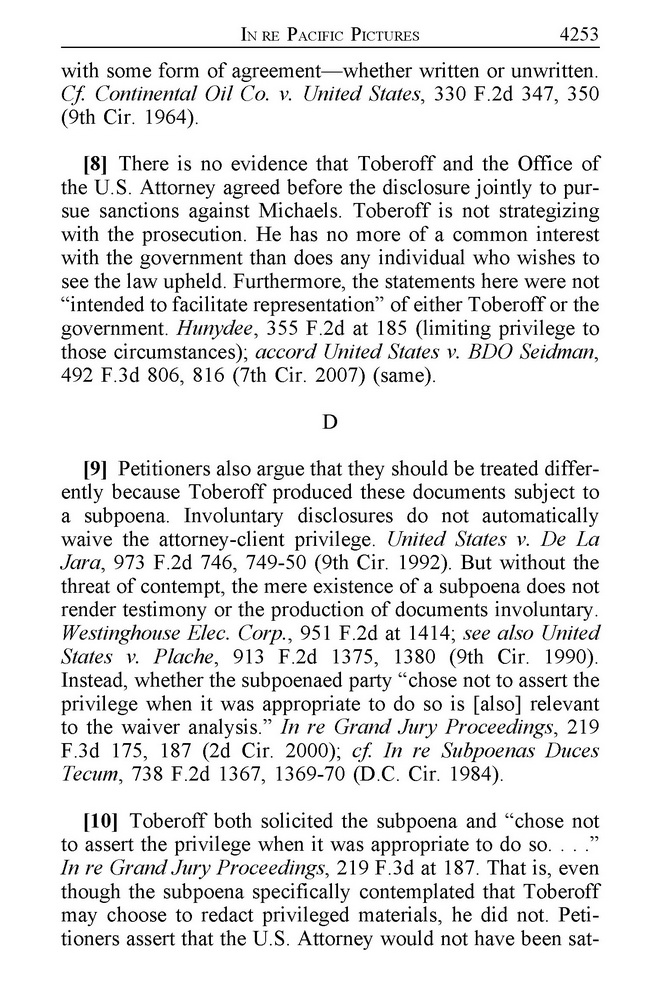 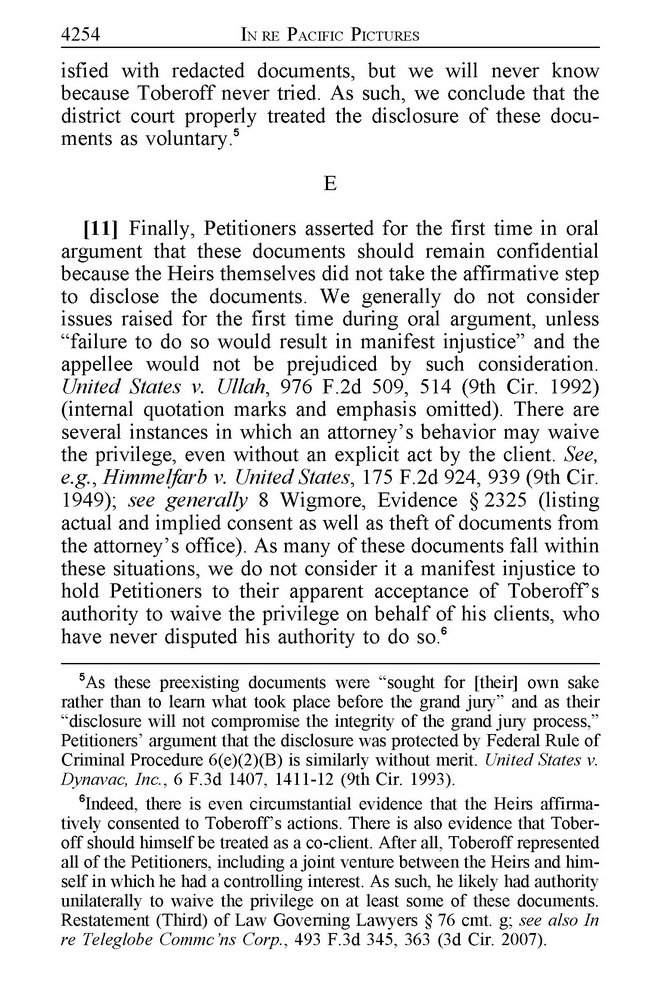 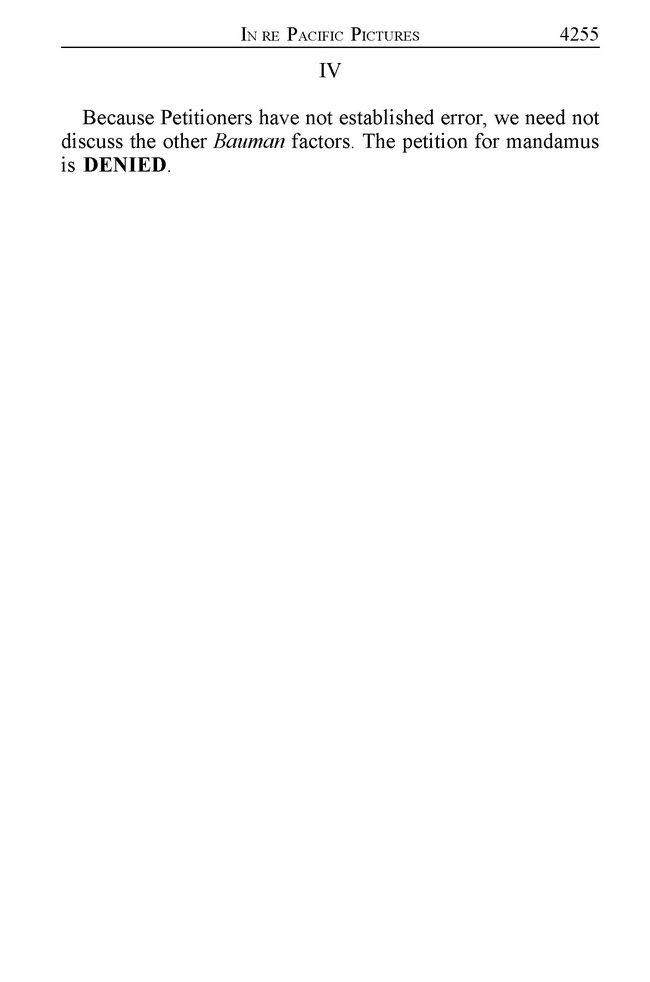