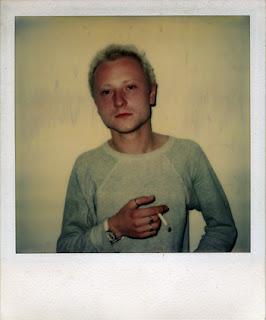 My great mate, Stevie, has alerted me to some very disturbing news regarding British artist Brett Ewins via Tony Wright.  Instead of me summarising the situation I've taken Tony's own words - it explains the situation perfectly.  So, over to Tony:

This is Brett Ewins. We met in 1976, I think, at Ealing School of Art. We were very close friends for a few years. We formed ei8ht enterprises together as a sort of umbrella group for various art activities. About which I will write more later. Sadly, we fell out. Brett went on to become a very well respected and popular comic artist before forming Deadline, the comic magazine in which Tank Girl first appeared.
Nearly 25 years ago Brett had a breakdown and was, subsequently, diagnosed schizophrenic. Since then he has had to struggle not only with his illness itself but with the very heavy side effects of the drugs he has to take and worsening health which, at least partially, is a consequence of heavy duty medication. He is allergic to antibiotics, his lungs are bad and he has rheumatoid arthritis. The concentration necessary for drawing is no longer available to him and the damage to his fingers, caused by bad circulation, make it impossible for him to hold a pen or brush for any length of time. Nonetheless, he has always struggled to remain intellectually engaged and creative. He painted and wrote and in recent times he collaborated with a street art collective called IFC.

In January this year the police were called to his house in the early hours. It is, as yet, unclear what happened but a policeman received minor injuries to his arm from a blade of some description and Bretts heart stopped for fifteen minutes after he received a blow to the head from a police baton. He was given CPR at the site and that resulted in a collapsed lung. He was, subsequently, airlifted to Paddington Trauma Unit in a coma.

No-one was sure if he would come out of the coma or if he did, whether he would have suffered permanent brain damage. Happily he did regain consciousness a week or so later and once they managed to re-introduce the psychiatric medication he started to get back to something close to his normal state. However, he had no memory of the events that led him to be in hospital, what caused the injury to his head or, indeed, the extensive bruising to his arms and legs, he was prone to misremember the year he was living in and was still subject to psychotic fantasy and this remained the case until he was moved. 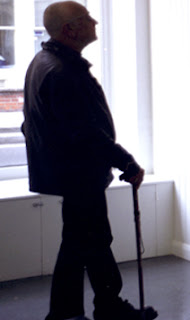 He was in the trauma unit just over three weeks. He had lost two stone and could, then, just about stand unaided but he was out of any serious danger so the medical staff thought he was in good enough condition to be moved to his local hospital. On the day of the transfer his family left after visiting him, expecting him to be in Ealing Hospital that evening. Instead, he was spirited away, without their knowledge, to Charing Cross Police Station where he was kept in a cell until the early hours before being interviewed. The next day, in a hospital dressing gown, hardly able to stand, and not understanding much of what was going on he was taken to Uxbridge Crown Court where he was charged with GBH, had bail denied and remanded to Wormwood Scrubs. That was on the 9th of February. He’s still there awaiting trial for events that he has no memory of. All medication stopped the moment he was taken from hospital and for the first three weeks of his incarceration, at least, the only drug he received was codeine. He is confused and, understandably, frightened.

So what can you do?  Contact Brett's local MP, Steve Pound - he's already been made aware of Brett's situation, but the more people who make contact imploring for him to help Brett, the more likely it is that he'll be able to show those in a position to help the level of public, and international, interest and thus be able to do something very concrete.  Be polite, but be firm - Brett clearly needs a lot of help dealing with both his current situation and with life itself, the last thing he needs is to be locked up where help is denied him.  Pound needs to look deeply into Brett's situation and get people to make some serious assessments about his condition.  He won't get the help he desperately needs in prison, even while he's being held on remand.

Via the 2000AD forums comes this form email that you can send to Steve Pound:
"Dear Mr Pound,

"It has come to my attention that comic book artist Brett Ewins, following an incident mid-January, is now being held in Wormwood Scrubs with no access to the medication he requires for his mental health issues.

"I beg you, Mr Pound, to please look into the situation of Mr Ewins with all possible dispatch and to ensure that one of our most talented and beloved artists receives the medical treatment he so desperately needs.

"Thanking you in anticipation.

Yours faithfully, etc., etc."The best idea is to email Steve Pound, make sure you CC your own local member (if you're living in the UK that is), if not then CC the media, or anyone else that you believe can assist Brett.

This is vitally important.  Brett is a talented artist who's work has graced 2000AD for years, in particular Judge Dredd, Rogue Trooper, ABC Warriors, Future Shocks and many more.  Those familiar with Hellblazer will know his work from there, but regardless of if know his work or not, everyone has the right to get help for a mental illness - and Brett is being denied that right at the moment.  Send the email and implore those who can help, to help. 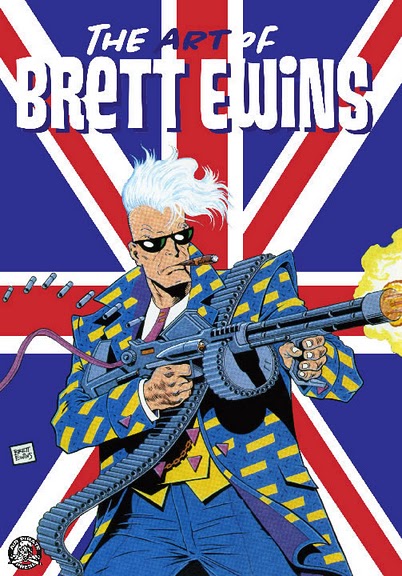 Emperor said…
Thanks for highlighting the case. Steve Pound has been doing what he can and sent me an update, which is currently doing the rounds of British comics news sites.