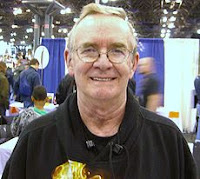 A question was asked recently in relation to the Gary Friedrich and the Marvel Ghost Rider case, specifically what happens now and is Friedrich liable to pay. At the time it was known what was to come next – the case needs its loose ends wrapped up, and costs would then be assessed. Naturally Friedrich has appealed the decision against him, as is the standard practice, but things are now getting very messy indeed.

As per the courts instructions Friedrich has to account for any and all money that he has received, “...relating to the gross and net amount derived from Plaintiffs' sale of goods bearing the Ghost Rider image, likeness, or Marvel trademark.” This means that Friedrich has to account for every cent each and every time he sold a print at a convention or any other item to anyone, that has the Ghost Rider image or name on it, and he has to account to all of the defendants in the case, and there’s quite a few of those, including, but not limited to, Marvel Defendants, Movie Defendants, Hasbro, Inc. and Take-Two Interactive Software, Inc. If the defendants don’t like, or don't agree with, the numbers that Friedrich supplies then they can, and probably will, ask for a deposition whereby they can question him, under oath. It was no secret that Friedrich commissioned artists such as Herb Trimpe, Arthur Suydam and others to draw Ghost Rider images which were then sold as prints over the years. If you bought one thinking you were helping Gary, well, that cash will most likely end up in Marvels pockets. This amount will be factored into any damages that the defendants can claim from Friedrich, all of which will be bundled up neatly into a final judgement so the case can then proceed to the appeal stage.

This might not be such a big deal if not for the fact that Friedrich is stone cold broke. In a letter, dated January 11th of this year, Friedrich’s situation and the conversations with Marvel have been laid out in brutal black and white. The letter states that while Friedrich and Marvel have attempted to resolve the issue of ownership over the time of the suit, the amounts asked for, and being offered, differed by millions of dollars. Even worse this suit has cost Friedrich his job, meaning that he hasn’t got enough to pay his way to New York for a settlement conference, let alone pay his own lawyers. The letter presents an impassioned plea for some kind of compromise, but, unfortunately the presiding magistrate has denied his requests, although during a status conference (done by phone) the court has seen fit to speed things up somewhat.

If his appeal fails Friedrich will be a financially ruined man. He stands to lose everything he owns, and ever will own. Naturally the court doesn’t care for this, but Marvel might. With the imminent release of the second Ghost Rider movie, a franchise that draws heavily from the mythos that Friedrich helped create and has never been compensated for from Marvel (outside of payments for the comic books), Marvel is set to see another financial windfall of multiple millions of dollars. It’d be nice to think that, perhaps, someone at Marvel can see the logic that a settlement would have in this case, if only in the value of good publicity alone. As it is Marvel have done to Friedrich what DC did to Siegel, Shuster, Bill Finger and many others – ground him into the dirt, taken his creation, made more money in a week than the original creator will see in a lifetime and then keep on keeping on. Perhaps it’s time that a campaign designed to embarrass Marvel be undertaken – the sheer threat of such a campaign worked for Dave Cockrum. While Cockrum didn’t get millions, nor did Gene Colan when he approached and asked Marvel, they did get sizable amounts which, in Cockrum’s case alone, allowed him to live his remaining years out in relative comfort and ease. As it stands the people who’ll be making the most money from the Ghost Rider sequel will be people who had nothing to do with the character.  As it stands, according to Box Office Mojo, the first Ghost Rider movie has grossed over $115,800,000 worldwide.  The sequel should do similar amounts, meaning Marvel will clear a nice sum, again, while denying the creator a cent.

And people wonder why I rarely, if ever, buy comics anymore. Perhaps when the companies start treating those who helped build their empires a bit better then I might be tempted back into the flock. Until then, and while they continue to pay hundreds of thousands to writers and artists to endlessly regurgitate ideas first done, and done far better, by the likes of Jack Kirby, Steve Ditko, Roy Thomas, Bill Finger, Jerry Siegel, Arnold Drake, Gardner Fox, Steve Gerber and yes, Gary Friedrich, to name just a very few, and while they continue to pay artists to draw sub-par images, I see no real point in buying the offerings. For the few million it’d cost Marvel – and DC for that matter – to set up a fund, or to pay a percentage to the original creators and their families – it’d surely be worth it for the good faith that they’d garner in the long run. But then that’s why I’m not working for Marvel or DC - call me odd, but I'd find it very hard to work for a company that treats it's founding fathers in such a manner.  And if you're a creator who is working for Marvel or DC and believe that this sort of thing can't happen to you - think again.  Once the broom sweeps out the current regime and a new one comes in, you'll be just as screwed as those who came before you.  Count on it. 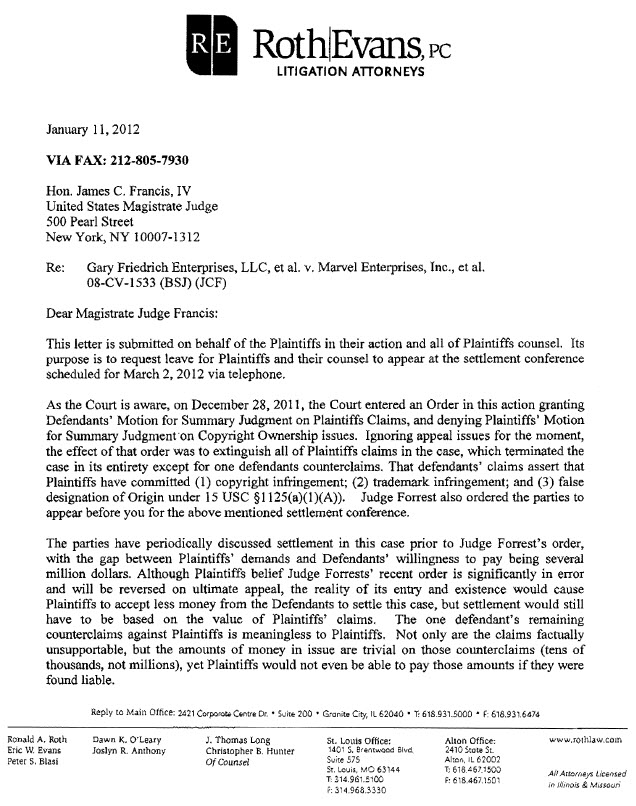 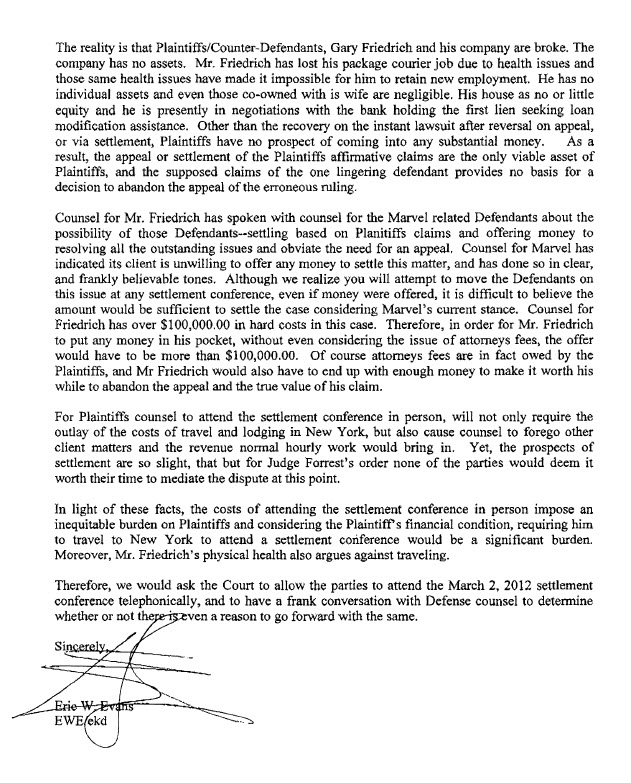 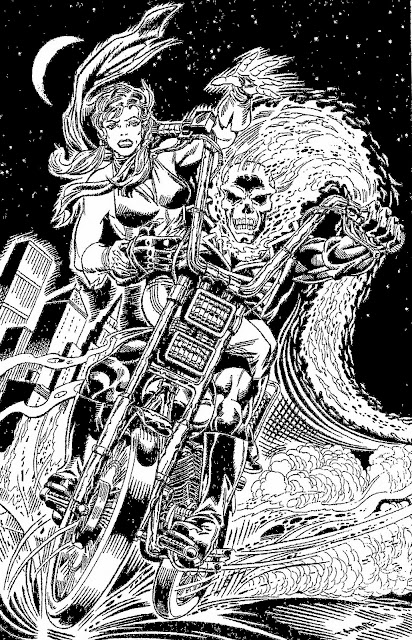 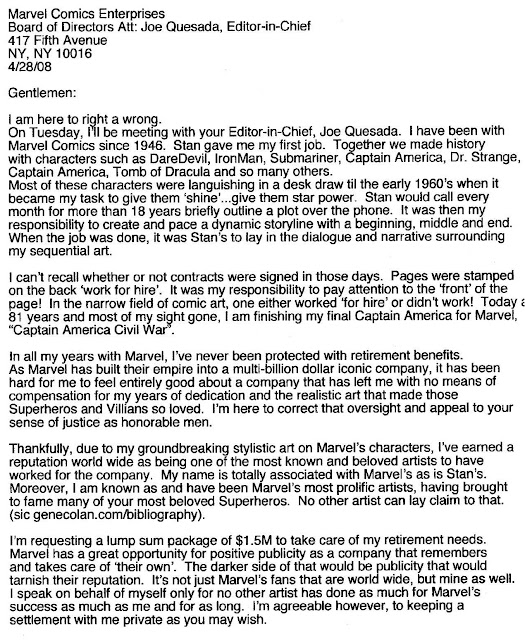 mr ed said…
I was told Marc Toberoff filed his appeals brief this past Friday (the 13th no less).
Anything on Pacer?
The tip I got did not specify a date so it's possible it might be this Friday the 20th.
Tuesday, January 17, 2012 1:57:00 pm