Stolen Artwork Alert & A Warning For All 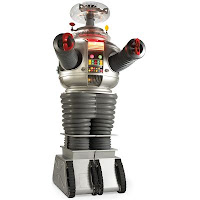 Clifford Meth and Michael Netzer have both reported on this issue in recent times, but I thought I'd throw my own two cents worth into the mix.  It's well known now that a certain, shall we call him 'shitbag', has been cosying up to elderly comic book artists and ultimately ripping them off big time.  The latest victim is inker Joe Giella, who worked at both Marvel and DC back in the day and who was taken for the following art:
The same guy also stole a pile of Gene Colan art, including an iconic Star Wars illustration that had been commissioned by none other than George Lucas.  Joe's family, like Gene's family, contacted the police and reported the art stolen, so if you're offered it contact Detective John O'Connor, Nassau County Police Dept., Third Squad, phone: 516-573-6353.

Now for the real public service announcement.  According to a source who wishes to remain anonymous, the name of the guy who is alleged to have ripped off the artists is Neal Cino from Brooklyn, New York.  I know next to nothing about this scumbag, and frankly I don't want to know anything about him, other than to find out that he's been shut down for good.  If you know Neal Cino and if you know that he does indeed have art that isn't his then do the right thing, slap him in the head and tell him to hand the art back to the families of those who he's stolen from, and that list might include Jim Aparo's family.  By all accounts Neal Cino comes across as a nice guy, he's fooled a lot of people and he puts himself into a position of trust, trust that he apparently then abuses by sneaking into properties and stealing.  What I do know is the Colan family barred Neal Cino from visiting Gene in hospital and eventually had to have the police involved to get him to leave Gene alone for good.  With Joe Giella the way it worked was that Cino approached Giella as a fan, then began bringing him small gifts and taking the elderly comic artist to lunch. Once he gained the artist’s confidence, he was invited into the Giella home and then began visiting frequently.  From there, well, you guess the rest.

So, remember the name, Neal Cino,  Hand the art back and apologise.  Now.  And if anyone offers you the Joe Giella artwork, call the cops - pure and simple.  This art is stolen, it's not 'liberated', it's simply stolen.  And yes, it's as easy as that.