After an astounding premier live awards ceremony at Heroes Con on June 4-6,  the non-profit Inkwell Awards is gearing up for their fifth season of recognizing inking excellence in the comic book community and promoting the art form.  One highlight is the recruitment of additional star talent to the roster of Inkwell Ambassadors, a role that adds exposure and credibility to the organization and it's mission.  Two of the three additions from their 2011 Inkwell tour stop at Pittsburgh Comicon are artists Phil Jimenez and Eric Basaluda. 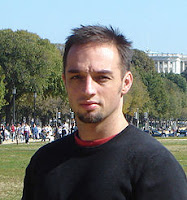 Artist Phil Jimenez is known for his work as a writer and penciler, often inking his own pencil work, and has a reputation for utilizing meticulous detail in his art.  First hired at DC in 1991, his career has propelled him to notable runs on series such as Wonder Woman, The Invisibles, Team Titans, Tempest, and event projects like War of the Gods, 52 and Infinite Crisis.  For Marvel he produced fan-favorite art for Amazing Spider-Man, Astonishing X-Men and New X-Men among others. In addition to his comic book work Phil also teaches life drawing at the School of Visual Arts on New York City. 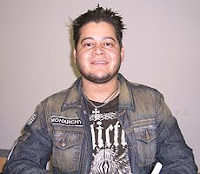 And after some correspondence between Bob Almond and living legend Joe Kubert last week, Joe wrote back accepting an invitation for the role of newest ambassador for the advocacy.  "The realization that this master of the art form since the golden-age has just joined the team is just too much for me to absorb" said Inkwell director and founder Bob Almond, "it's truly a dream come true!"

Joe Kubert has worked in comics since the beginning of the business. In his seventy-plus years of working in the medium he has produced countless stories for countless characters, including DC Comics' Hawkman, Tarzan, Enemy Ace, Sgt Rock, Batman and the Flash as well as his own characters: the heroic caveman, Tor, and Abraham Stone.  His list of accomplishments is lengthy. A quick rundown: penciler, inker, letterer, colorist, one of the creators of 3-D comic books, newspaper strip cartoonist, school founder and teacher, correspondence course developer, author, artist and editor.  Joe Kubert lives and works in New Jersey. The Kubert School website link is: http://www.kubertschool.edu/

Some recent developments from the Inkwell Awards include resuming their fundraising auctions on eBay this fall (http://www.ebay.com/sch/merchant/theinkwellawards), they initiated the successful 2nd Joe Sinnott Inking Challenge by inviting ink artists to participate, they're polishing up and further developing their revamped website with all of the resources from the old site, and they just sent out invitations for the next Nomination Committee.

"I got jammed up this summer with work assignments but since then, for preventive maintenance, we've been trying to delegate various operational duties to the team so things won't get held up again", said Bob Almond.  "We have the Joe Sinnott Inking Challenge Gallery book going to print this fall, collecting the contributions of several ink artists over the blue-line pencil art of Joe such as Terry Austin, Mike Allred, Joe Rubenstein, Klaus Janson, Bob McLeod, Ernie Chan, Pablo Marcos, Dan Parsons, Jay Leisten, Mark McKenna and many more.  And this year's Challenge should be just as popular, allowing us to further educate about the craft and raise funds from the donated pieces.  And we have the Ms. Inkwell Gallery book in the works, collecting renditions by the artist community of our attractive spokesmodel, again, to raise funds for our charity, all allowing us to continue operations, afford various related expenses, and maintaining our philanthropic efforts such as our COMPliments Program which supplies our Hall of Fame recipients with comps of their work and the Dave Simons Inkwell Memorial Scholarship Fund at the Joe Kubert School of Cartoon & Graphic Art."

The 2012 Inkwell Awards ballot is scheduled to go online in April with the actual awards ceremony to be held at Heroes Con on June 22-24, 2012.