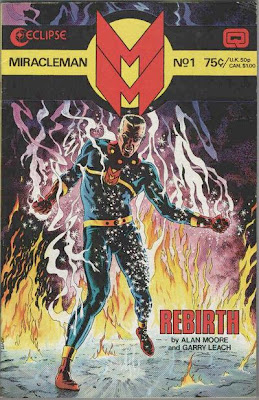 This is a document you don't see all that often, and one that Todd McFarlane should have read a bit more carefully when he bought the Eclipse material.  As shown in Neil Gaiman's writer's agreement (aka contract), the copyright to Miracleman was complex, even back then.  The terms for Gaiman's employment was fairly standard at the time, $60 per page, a rate that'd probably not get him to reply to an email now, plus 3% royalty for copies sold up to 50,000 copies and 4% beyond that.  These days if a book sold 50,000 copies it'd be a best seller, back then it was expected that a book would sell at least that, even from a small publisher such as Eclipse. 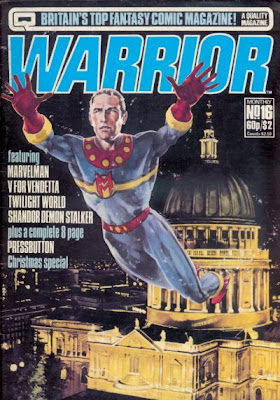 The more interesting section of the contract is section three which details the character copyright.  Eclipse made it very clear that the writers and artists owned their own work (ie: Gaiman owned the copyright to his scripts/stories) and Eclipse split the copyright to the characters between themselves, 2/3 to Eclipse and 1/3 shared between the writer and artist.  This is consistent with what Alan Moore wanted, however the confusion arose later because the Miracleman/Marvelman copyright should have, rightly, belonged to the creator, Mick Anglo.  At the time of the Quality deal, and the resulting Eclipse deal, it was understood that Quality publisher, Dez Skinn, had secured the copyright from Anglo, a claim that Anglo has since denied. 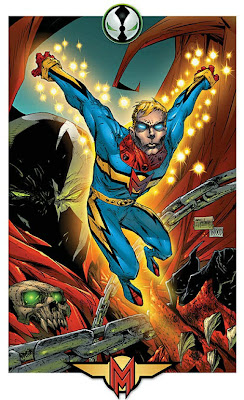 When Todd McFarlane paid $25,000 for all of Eclipse's copyrights, film, remaining stock and inventory, he believed that he was buying the rights to Miracleman, hence the McFarlane statue and the plans to include MM in Spawn, with the view of an on-going feature.  I can't say that I would have been excited by a McFarlane drawn Miracleman, going on the image that was released, as it just doesn't look like Miracleman to me.

What McFarlane appears to have bought is the American trademark to the logo and nothing more.  It's a complex situation, but appears to have been resolved, to a degree, with Marvel Comics (of all people) cutting a deal with Anglo directly.  Hopefully, one day soon, we'll be able to buy omnibus sized reprints of the classic Alan Moore, Garry Leach, Alan Davis, Rick Veitch, Neil Gaiman and everyone else's stories, but I won't hold my breath.  However it wasn't that McFarlane wasn't warned, as shown in the letter that came with the acceptance of the offer, it was down to McFarlane to do his due diligence in regards to ownership of the characters, and that could have been done as easily as reading the contracts that were signed. 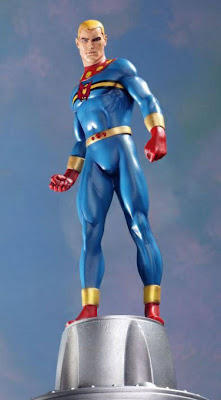 It also brings into question the legitimacy of the deal that McFarlane and Gaiman attempted to ratify in 1997.  In short, the pair agreed to a deal that would have seen Gaiman surrender the rights to Medieval Spawn and Cogliostro, in return for Miracleman plus monies owed to Gaiman to that point in time.  This was agreed upon, in writing in mid July 1997, via fax, only for McFarlane to renege on the deal by October, leading to a series of costly lawsuits for all parties concerned - and when I say costly, what has been spent on lawyers sorting out the issues between Neil Gaiman and Todd McFarlane would make anyone fairly wealthy indeed. 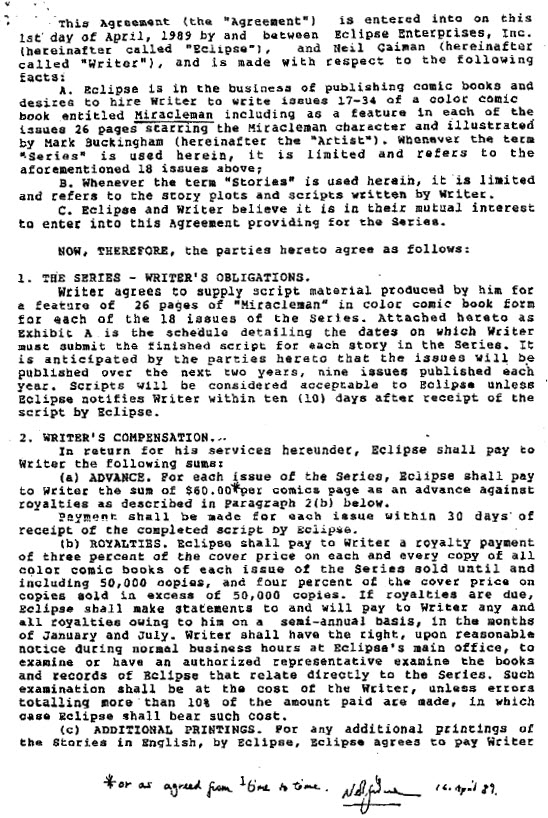 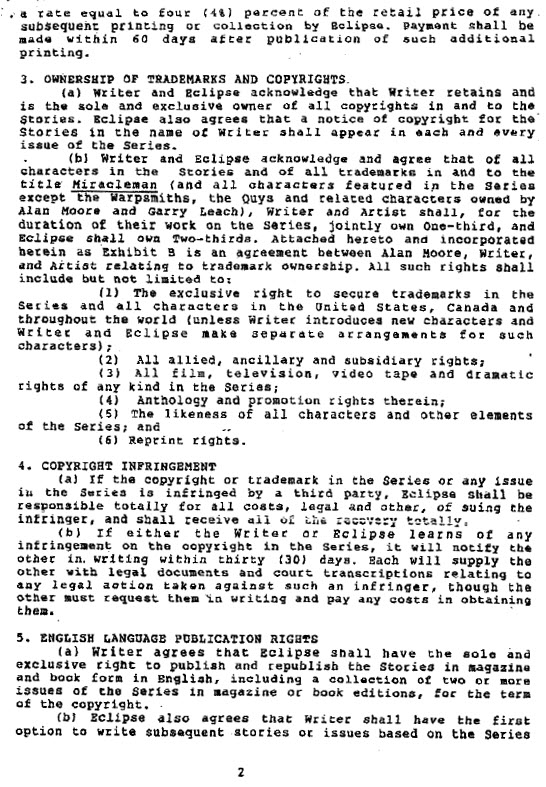 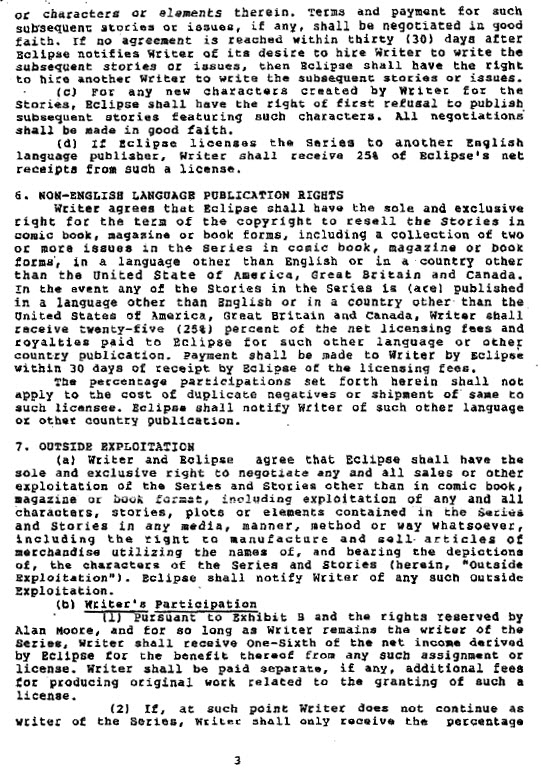 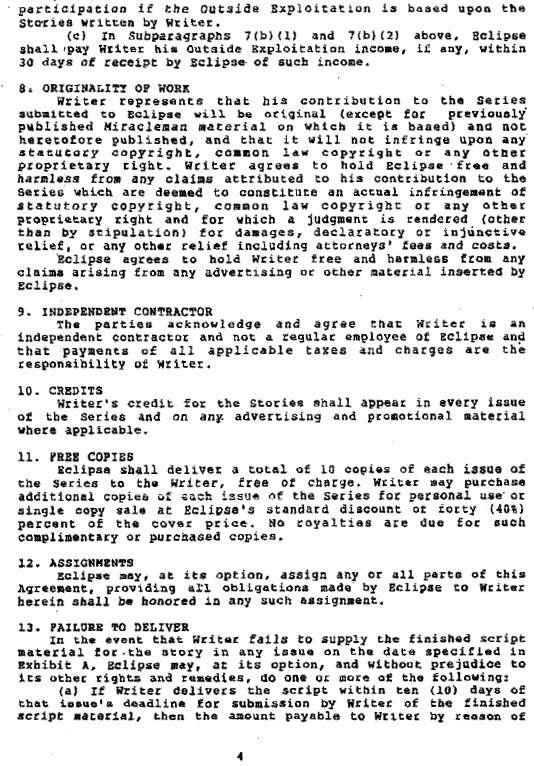 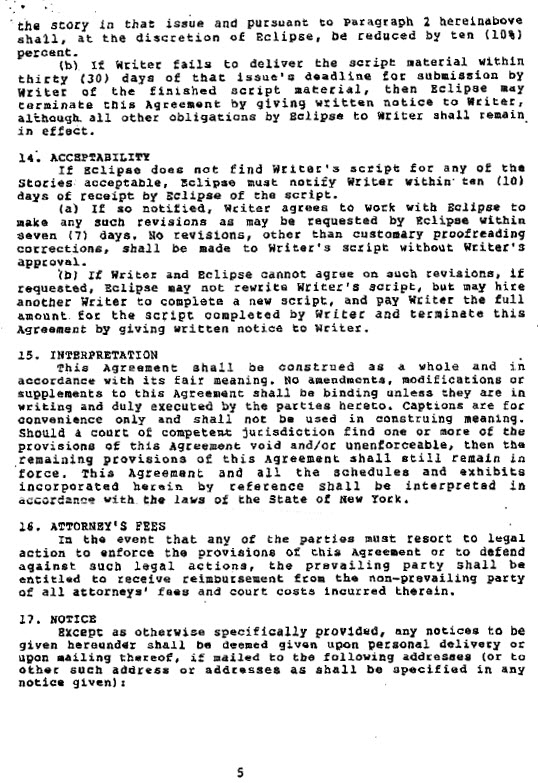 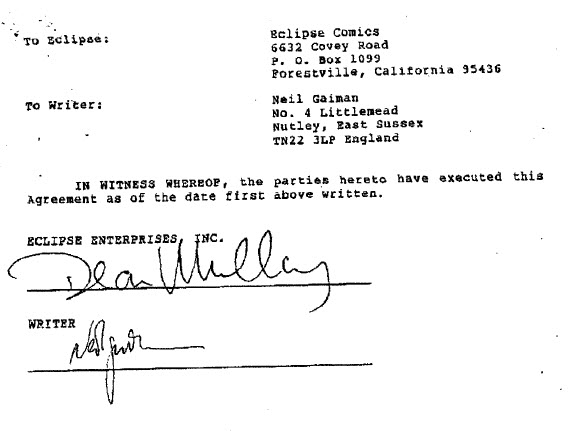 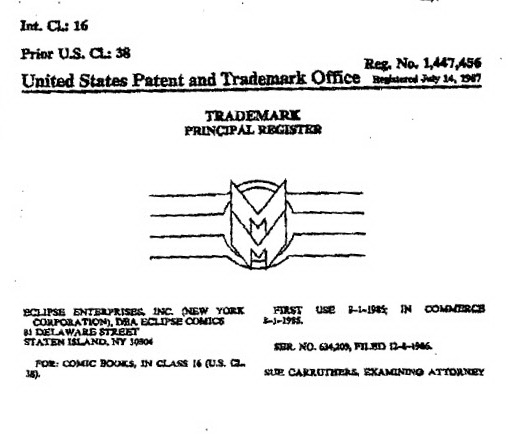 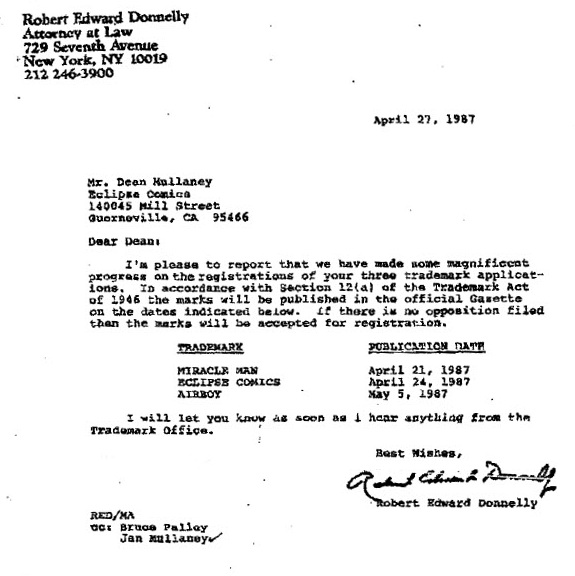 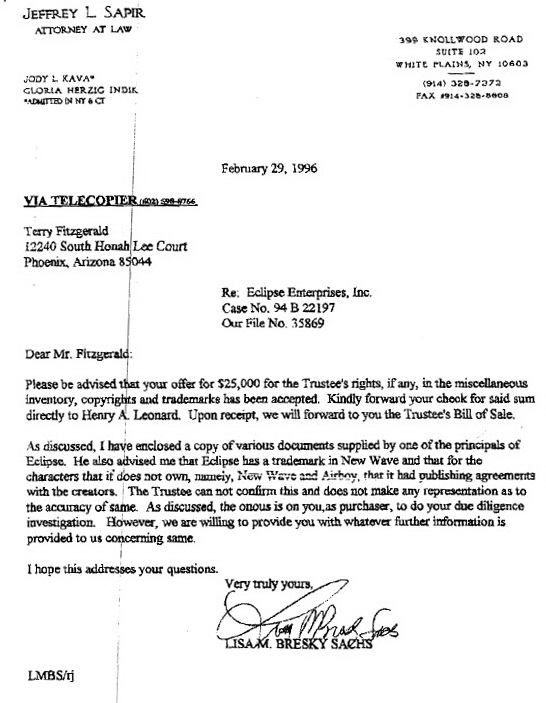